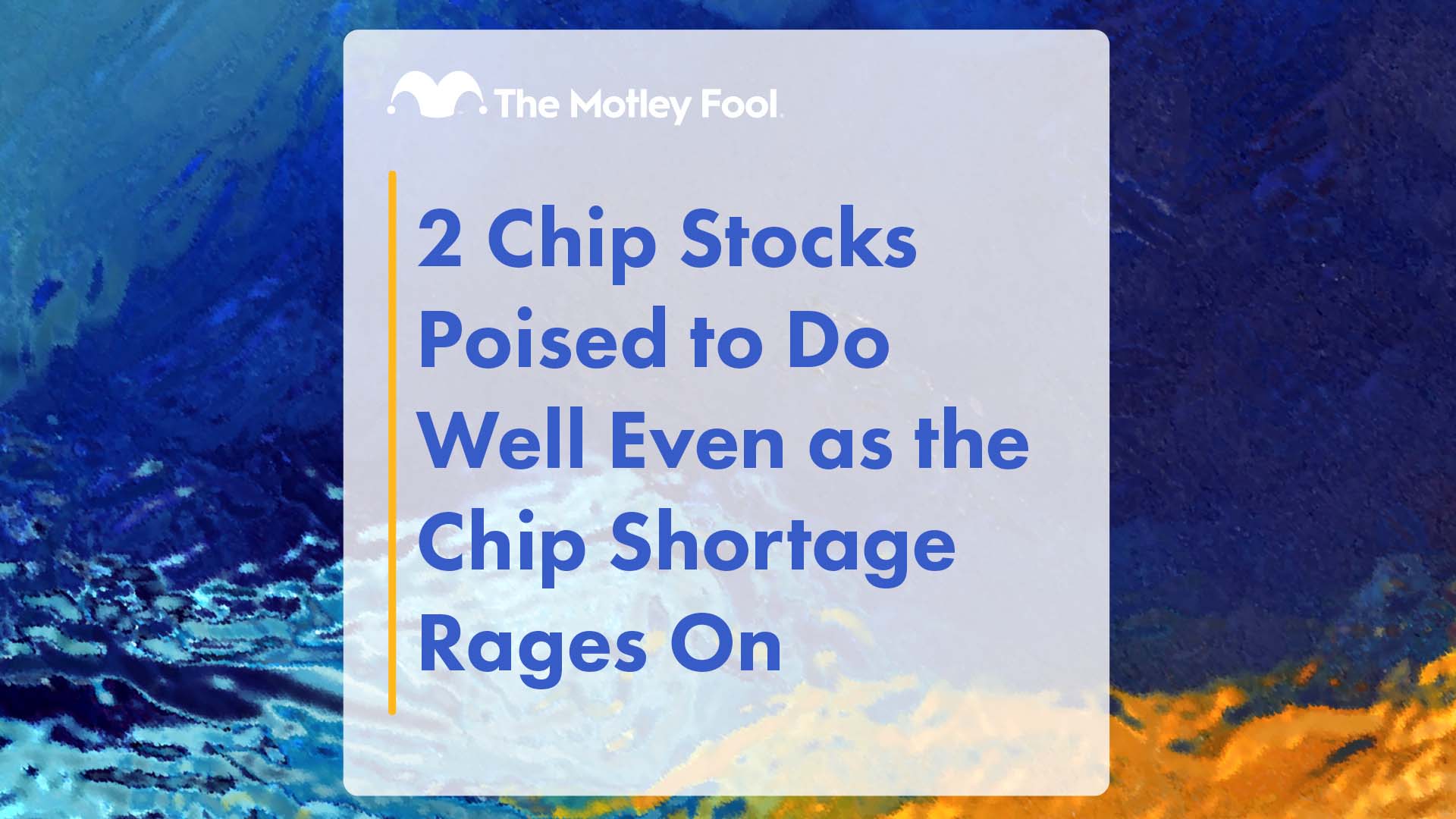 The global chip shortage rages on, and some predictions point to supply and demand not balancing out until 2023. For some chip stocks, though, the shortage of tech hardware and soaring prices hasn’t led to a windfall. Two stocks in the industry that have struggled this year are ACM Research (NASDAQ:ACMR) and Intel (NASDAQ:INTC). In this Motley Fool Live segment from “The 5” recorded Oct. 8, Fool.com contributors Jason Hall, Jeremy Bowman, and Nicholas Rossolillo discuss why they still look like good investments for the long term.

Jason Hall: Jeremy, you want to hit this one?

Jeremy Bowman: Yeah, I’ll hit this one first. My pick is going to be ACM Research. It’s ticker ACM. I own a bit of the stock. I think this a pretty off-the-radar company for most people. It’s a manufacturer of semiconductor wafer cleaning machines.

Hall: Everybody has got one of those in their kitchen, Jeremy.

Hall: There we go. That’s awesome. Keep going. I love it when we get these are very esoteric companies like this. Keep going.

Bowman: These machines are about $2 million to $5 million, so Jason, you probably have a few of them in your garage. That’s something over there.

Hall: I have a very nice kitchen.

Bowman: [laughs] This is an essential tool or essential process for semiconductors. I’d look at it as a picks-and-shovels play in the industry. It’s an American company but they do their business in China, which is where a lot of the chip manufacturing takes place. I think they are more insulated from the stuff that’s, regulatory crackdown on those concerns going on in China. If you wanted some exposure to the Chinese market, but want the protection of a U.S. company, they can do that for you. They are growing pretty solidly. I think in the 25%-30% range. They’re also profitable, so they got the components of the growth stock. I’ll see if I can share the YCharts with you just to tell that story. Let’s pull this up.

Hall: There we go.

Bowman: Yeah, most recent quarter we got 30% revenue growth. Profit margin has been 12%, pretty solidly in the double-digits last year. Stock really took off early in the pandemic. Their customers are some of the biggest semiconductor manufacturers in China. I like the pick-and-shovels idea. I think the numbers are good, so I think it’s got a lot of things you want in most stocks. I also think chip prices are going up so that’s going to favor all the industry players and it’s going to increase demand, the shortage isn’t good, I guess, but the long-term, we need more chips. Demand is going up and this is top-of-the-line cleaning proprietary technology that they’re providing. I think demand for their services should increase as well.

Hall: I think people don’t realize, Jeremy, how incredibly complex semiconductor manufacturing is and how these facilities have to be as spotless as anything can possibly be to be able to develop. What’s the saying in the industry? It’s not rocket science, it’s harder. [laughs] It’s actually incredible.

Bowman: The defects we’re talking about, chips are small to begin with, and then these are taking care of defects that are nanometers, they’re measured and they’re infinitesimal.

Hall: It’s incredible. Nick, I’m going to go second here and let you bring it home last. This is one that’s not my favorite per se. But I think it’s just gotten to a point, guys, where I think Intel is undervalued and overlooked. In fairness, this is a company that’s gotten in their own way for a while. Tried with fits and starts to do things differently and nothing really ever worked. Let’s take Intel and put it in the bucket of what it is, so it’s fully integrated. This is a company, they’ve designed, they have their own proprietary architecture. They design on it and they manufacture it, they do it right soup to nuts.

They work with different customers for optimization, customization, that stuff. But it’s not like any of these other fabless chip manufacturers where they design and then they go to a third party that does the manufacturing. There’s this massive market, there’s this massive opportunity, and I think it’s probably obvious that this is where most of the growth is and that’s where companies want to design their own chips. They want to make them to do the things that they need them to be able to do. Yes, Intel’s architecture is always going to have a lot of customers that just want to buy it. They’re going to want to buy what Intel makes. They’re writing software for that architecture, or their customers are using software that’s built for that architecture, and that’s going to be the case.

But they’ve been ignoring this massive opportunity. But I think Pat Gelsinger, their new CEO, I think he is on the right track. I think he has a plan and if he holds true with this plan, I think this is a great turnaround opportunity. I’m going to share a screen here and I’m just going to show some valuations just to set the stage. What we have here, this is Intel’s price in purple, it’s around $54 a share right now. I’m going to pull the price off just so it’s easier to see on price-to-earnings and price-to-cash flows basis where the stocks trades and this is over the past 10 years. This is looking way back. I think at the very least, this is fair value and it’s probably cheap if they just do an OK job of building new capacity and opening up their X86 architecture to more companies to develop chips that they want versus buying what Intel says they want. I think it’s really important and I think they can do that.

Just to set the stage just as a comparison, some companies that are loved here at the Fool and that are great companies, I just want to show some comparative metrics. Price-to-cash flows, Nvidia‘s (NASDAQ:NVDA) almost 67 times trailing operating cash flow and Taiwan Semi (NYSE:TSM) trades for about 19 times trailing operating cash flow. Now, for good reason. They trade for these valuations because these businesses have absolutely nailed it and they execute well and they are dominant in what they do and Intel hasn’t done well and has ceded market share. But I think I believe in Pat Gelsinger, I believe in what he’s trying to do, and right now, paying less than seven times cash flows, I think Intel over the next five to 10 years, because this is not going to turn around in a year, it’s not going to turn around in two years, over the next five to 10 years, I think it’s going to beat the market. I really do, guys. Nick.

Hall: Very much so.