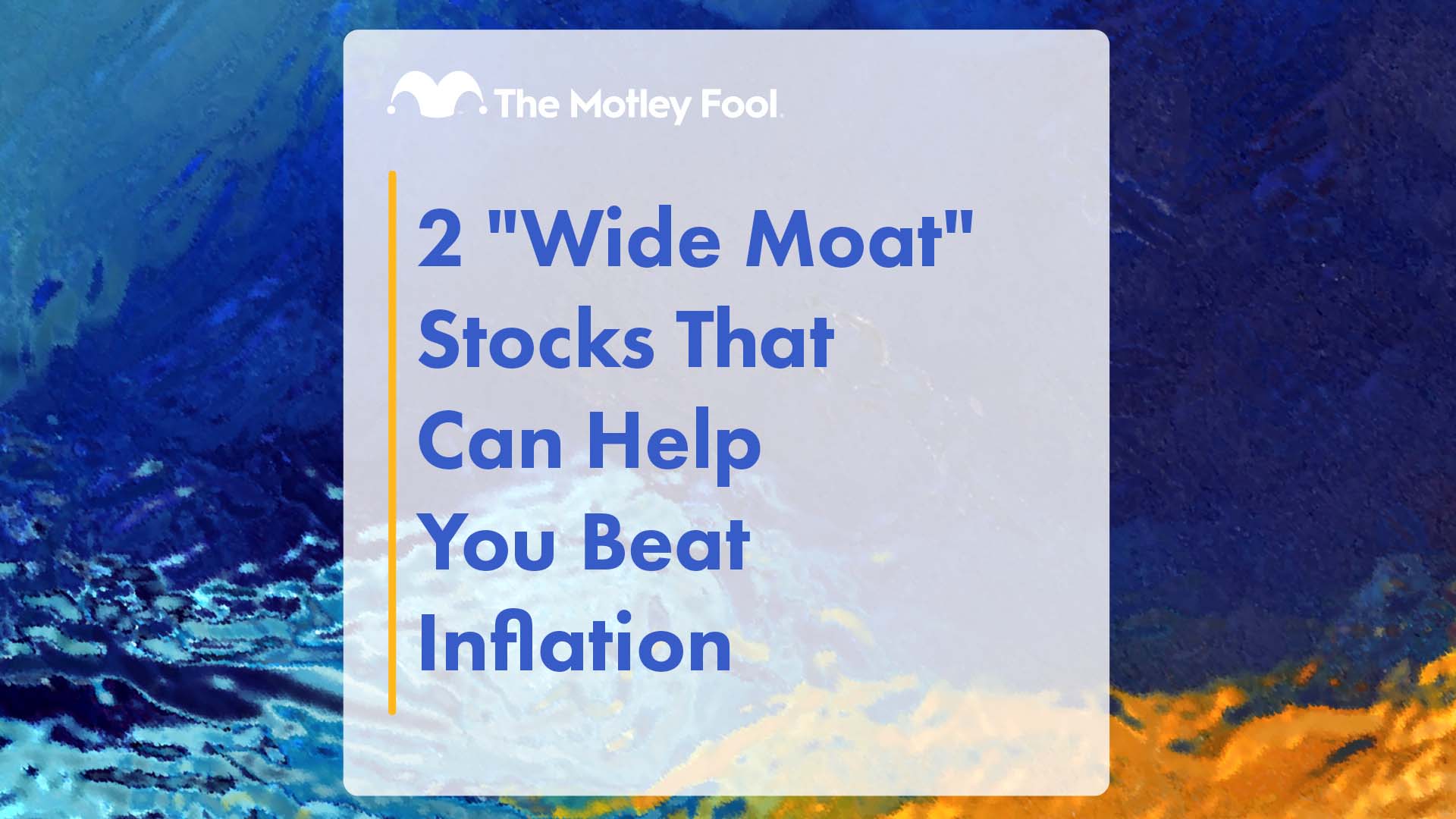 Finding stocks of companies with a strong “moat” — a defensible position against competitors — is a necessity when investing for the long term to outpace inflation. But as Tesla (NASDAQ:TSLA) CEO Elon Musk once alluded to, a good offense is sometimes the best strategy given how quickly technology is transforming the world. In this segment from “The 5” on Motley Fool Live recorded Sept. 30 , Fool contributors Brian Withers, Toby Bordelon, and Nicholas Rossolillo discuss tech offense, and two companies that are building a good defensive position by always staying on the attack.

Brian Withers: What is one wide moat stock that you like? Describe the moat and how it helps the company be successful. Nick, I love this. We’ll have you on first. [laughs]

Nicholas Rossolillo: Do you want to start with the inflation thing?

Withers: Yes. I wanted to hear your, I guess, discussion on Elon Musk’s quote on [laughs] moats.

Rossolillo: Sure. We can talk inflation later, I guess. Who knows what’s going to happen next?

Withers: I assume that we don’t know any better than anybody else. [laughs]

Withers: There you go.

Rossolillo: [laughs] Wide moats, I always think of this Elon Musk quote during a quarterly earnings call, I think it was back in 2018. He said ‘moats are lame.’ [laughs] I just thought it was really insightful especially with the day and age where technology is disrupting and changing the economy at such a rapid pace. Basically, what you’re saying is like a good offense is your best defense. Sitting on your castle and surrounding yourself with moat and just waiting for the invading army to come is [laughs] not the best business strategy at this particular stage.

Withers: It sounds like one of the Intel (NASDAQ:INTC) founders that said only the paranoid survive, [laughs] I can see that description fitting Elon Musk very well.

Rossolillo: Yeah, and the paranoid go on the offense. Companies with wide moats are, I like NVIDIA (NASDAQ:NVDA) and not because I think it has this massive moat but because it is always on the offensive. Obviously they have the whole GPU business that started in video games and has just steadily expanded, but I really like what they’ve been doing in recent years with software. I think it’s this under the radar segment of business that they’ve been steadily building up, based on the semiconductor bread and butter that they’ve developed. The software is just really picking up speed.

I think some of the components of business where it’s most obvious is like the GeForce now, business subscription, Cloud subscription to the gaming service, even the automotive segment where NVIDIA gets talked about a lot. They’re partnering with automakers to get self-driving cars, develop into market quicker. But behind the scenes, it’s a hardware business, but it’s behind the scene of software business too. There’s a lot of software, algorithm training that has to happen inside data centers to get these vehicles, these platforms up and running. They’re doing a lot with AI as well. Have launched there own AI services that organizations can tap into to help accelerate their transition to some of these next-gen software services, so I like NVIDIA.

Toby Bordelon: I went the same direction as you, Nick, in terms of the type of company, I’m going with a tech company too. I think I like a lot of them, there’s not a lot of them, but several of the big tech giants. You talked about that trillion dollar plus club out there. I think when you see a company that’s got a trillion dollar market cap, you got to ask yourself why and why are they in such an elite group? There’s probably a moat there, right? Microsoft (NASDAQ:MSFT), I think is a good example of this.

You think, what does the moat of these companies? Microsoft, Apple (NASDAQ:AAPL). You can do Amazon (NASDAQ:AMZN) too, it’s a good one. Microsoft, a lot of their revenue comes from the Azure. If you’re thinking about an inflationary environment, we’re talking Cloud computing, clients aren’t going to stop using their services because of a little bit of inflation. It’s so fundamental to their business. They have to have it. They’re just going to keep going. There’s a little bit of pricing power, Microsoft is going to be able to pass on some cost increases their customers.

Again, you can make a similar argument for Amazon, at least with the AWS part. What is the specific moat? It’s hard to say. Is it brand name, is it just they’re so big? I think a lot of it is cash, cash flow and cash on hand. When they see a little threat, think about Microsoft with respect to Slack. They can say that is some great innovation, that’s some good ideas, what Slack is doing, let’s integrate all that into Teams. If it costs us $10 billion to do it, man, who cares? It’s probably going to be good for our customers. We couldn’t even get to them for free because we don’t care. The point is not to make money, it’s to increase the stickiness of the relationship.

You’re talking about a moat involved in, the cash that allows you to compete, and then the variety of services you’re offering that create that sticky relationship and make a customer think, well, I could go somewhere else and get this and pay for it, or I can just use your free or included offering and see how you evolve that over time that might work. That allows them to be these trillion-dollar companies and to continue to grow. I really like them, but again, I think any of the big tech companies could fall into that category as really awesome in an inflationary environment.