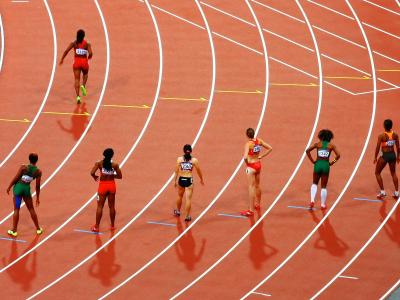 What happened: Billions of dollars are being invested in the 2021 Olympic Games underway in Tokyo, although very little of that money is making it to the athletes competing in the events. This year’s 11,000 Olympic athletes, including 600 on Team USA’s Olympic roster, are not sharing in the wealth.

According to USA Today, track and field competitors receive up to $1,000 a month, while weightlifters get a stipend ranging from $750 to $4,000. VOX reports that for athletes who win, the United States Olympic & Paralympic Committee provides $37,500 to gold medalists, $22,500 to silver medalists, and $15,000 to bronze.

Why it’s important: NBC and its parent company Comcast Corporation (NASDAQ: CMCSA) has paid $7.7 Billion for the rights to broadcast the Olympics through 2032, with $1.25 billion in ads already sold for the Tokyo Games. Meanwhile, the International Olympic Committee (IOC), which runs the Olympic Games, is expected to generate $3 billion to $4 billion from television rights of the delayed 2020 Olympics.

What’s next: The IOC’s Rule 40 limits how athletes can use their names and images during the Olympics without the committee’s permission. In 2012, London Olympians created the #WeDemandChange campaign to protest the rule, which was slightly relaxed ahead of the 2016 Olympics in Rio de Janeiro.

US organizers have started a pilot program to provide a new marketing platform aimed at helping athletes earn money. Some experts believe athletes hiring agents might help increase compensation, or entering into a collective bargaining agreement to establish a base rate for appearing in advertisements.