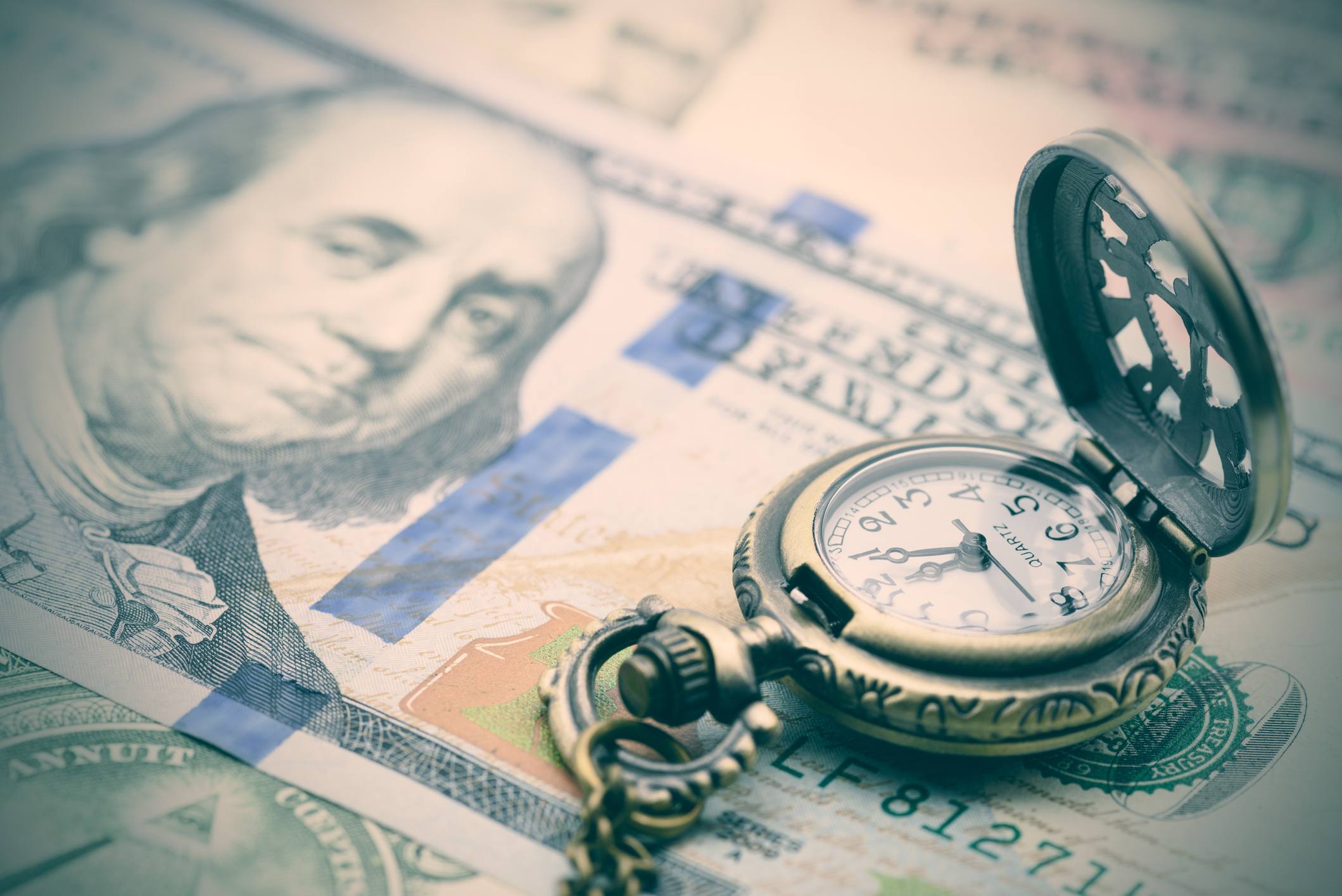 If Wall Street has taught investors anything, it’s the value of being patient. Since 1950, there have been 38 double-digit percentage declines in the broad-based S&P 500. Despite these somewhat regular declines in the market, the S&P 500 has eventually put each and every one of these double-digit drops in the rearview mirror.

Not only does the market favor investors who take a long-term view, but it’s become particularly welcoming to those folks who don’t have Warren Buffett’s bankroll. With most online brokerages doing away with minimum deposit requirements and commission fees, it’s easier than ever to put any amount of money to work.

For folks with $100 ready to invest right now, the following stocks stand out as no-brainer buys.

For more than a decade, Wall Street has been rewarding growth stocks. That’s because historically low lending rates have allowed fast-growing companies to borrow cheaply. However, ignoring value and dividend stocks would be a big mistake. That’s why ultra-high-yield dividend stock Annaly Capital Management (NYSE:NLY) is the first no-brainer stock to buy right now.

Annaly Capital is a mortgage real estate investment trust (REIT). In easy-to-understand terms, Annaly borrows money at lower short-term rates and aims to use this capital to buy higher-yielding long-term assets, such as mortgage-backed securities (MBSs). The goal for Annaly is to maximize the difference between its average long-term yield and short-term borrowing rate, which is known as the net interest margin. In other words, interest rates have a big effect on Annaly’s bottom line.

Generally, when the yield curve is flattening (i.e., the gap between short-term and long-term yields is narrowing) and/or the Federal Reserve is making rapid changes to the federal funds target rate, mortgage REITs perform poorly. Conversely, when the yield curve is steepening and the nation’s central bank is making slow or telegraphed changes to monetary policy, mortgage REITs perform well.

It’s equally important to note that Annaly almost exclusively invests in agency securities. These are assets that are backed by the federal government in the event of a default. As of the end of June, $66.5 billion of its $69 billion in held securities were agency MBSs. Although the safety provided by agency assets does reduce the long-term yield Annaly receives, it also allows the company to use leverage to increase its profit potential.

And did I mention that Annaly is paying out a 10.3% yield? This is a company that’s doled out more than $20 billion in dividend income since its inception in 1997, and has averaged a roughly 10% yield over the past two decades. If you’re looking for a smart way to put inflation in its place, say hello to Annaly Capital Management.

Don’t worry, growth investors, I haven’t forgotten about you. If you have $100 ready to be put to work right now, dog-focused product and services stock The Original Bark Company (NYSE:BARK) has all the attributes you’d look for in a no-brainer buy.

Few industries have stood the test of time quite like the U.S. pet industry. Since the American Pet Products Association first conducted a survey on pet ownership in 1988, we’ve seen the number of American households owning a pet climb from 56% to 70% (that’s 90.5 million American homes, as of the 2021-2022 survey). What’s more, it’s been more than a quarter of a century since year-over-year U.S. pet expenditures declined.

This year, almost $110 billon is forecast to be spent on our furry family members, with an estimated $44 billion in spending on food and treats. This is the category where Bark is going to generate most of its sales.

Though there are no shortage of pet stocks vying for their share of this $110 billion pie in the U.S., Bark has a couple of tricks up its sleeve that should help it outperform. While it does have products in approximately 23,000 retail locations, 90% of its fiscal first-quarter sales (the June-ended quarter) originated from its online subscription business, which currently has 1.8 million subscribers.

Direct-to-consumer sales are convenient for pet owners, and they often lead to transparent cash flow for Bark. This focus on subscription services is a big reason why Bark’s gross margin has hovered around a juicy 60%.

Beyond having lower overhead costs than brick-and-mortar retailers, The Original Bark Company is leaning on innovation as a differentiating factor. Last year, the company introduced three new services — two of which I believe could lead to significant add-on sales.

Bark Home provides an array of basic need accessories, such as beds, collars, and leashes, while Bark Eats will work with owners to develop a personalized dry food diet for their pooch. These new services, along with its core BarkBox monthly toy and treat delivery, could help Bark’s sales triple by mid-decade.

Even though Bark is losing money at the moment, its long-term “paw-tential” is undeniable.

Lastly, for those of you who want growth, value, and dividend income wrapped up into one company, a $100 investment in pharmaceutical stock AstraZeneca (NASDAQ:AZN) would be a no-brainer move.

For roughly two decades, AstraZeneca was a frustrating stock to own. Aside from a healthy dividend, its share price went sideways. This was largely a result of tough competition in its core indications and the patent cliff rearing its head. As a reminder, brand-name drugs have a finite period of exclusivity on pharmacy shelves.

However, after years of innovation and inorganic growth, AstraZeneca is capable of sustained double-digit sales growth and is valued at what looks to be an extremely cheap 11 times forecasted earnings per share this year.

On an organic basis, AstraZeneca’s sales growth is largely tied to four blockbuster drugs in two indications (oncology and cardiovascular medicines). The company’s cancer-drug trio of Tagrisso, Imfinzi, and Lynparza respectively grew their sales by 22%, 22%, and 19% in the first half (H1) of 2021, and helped total oncology sales jump 19% in H1.

Meanwhile, next-generation type 2 diabetes drug Farxiga delivered a 60% increase in H1 sales, ultimately lifting cardiovascular segment sales by 21%. Together, these four blockbusters have accounted for $6.1 billion of the company’s $15.3 billion in the first six months of 2021.

AstraZeneca’s investors should also really like what it’s done on the acquisition front. In July, it closed a $39 billion deal to acquire specialty drugmaker Alexion Pharmaceuticals. Alexion is a biotech stock focused on ultra-rare diseases. Though there are big risks in targeting small patient pools, the reward for a successfully developed drug is little or no competition and no pushback on high list prices from health insurers.

What makes this buyout even sweeter is that Alexion developed a next-generation replacement of its blockbuster drug Soliris. This new therapy, Ultomiris, is administered less frequently, and is therefore an improvement in patient quality of life. The expectation is that Ultomiris’ approved indications will expand over time, thereby siphoning away revenue from Soliris. In short, Alexion secured its cash flow for another decade to come, which is music to AstraZeneca’s ears.