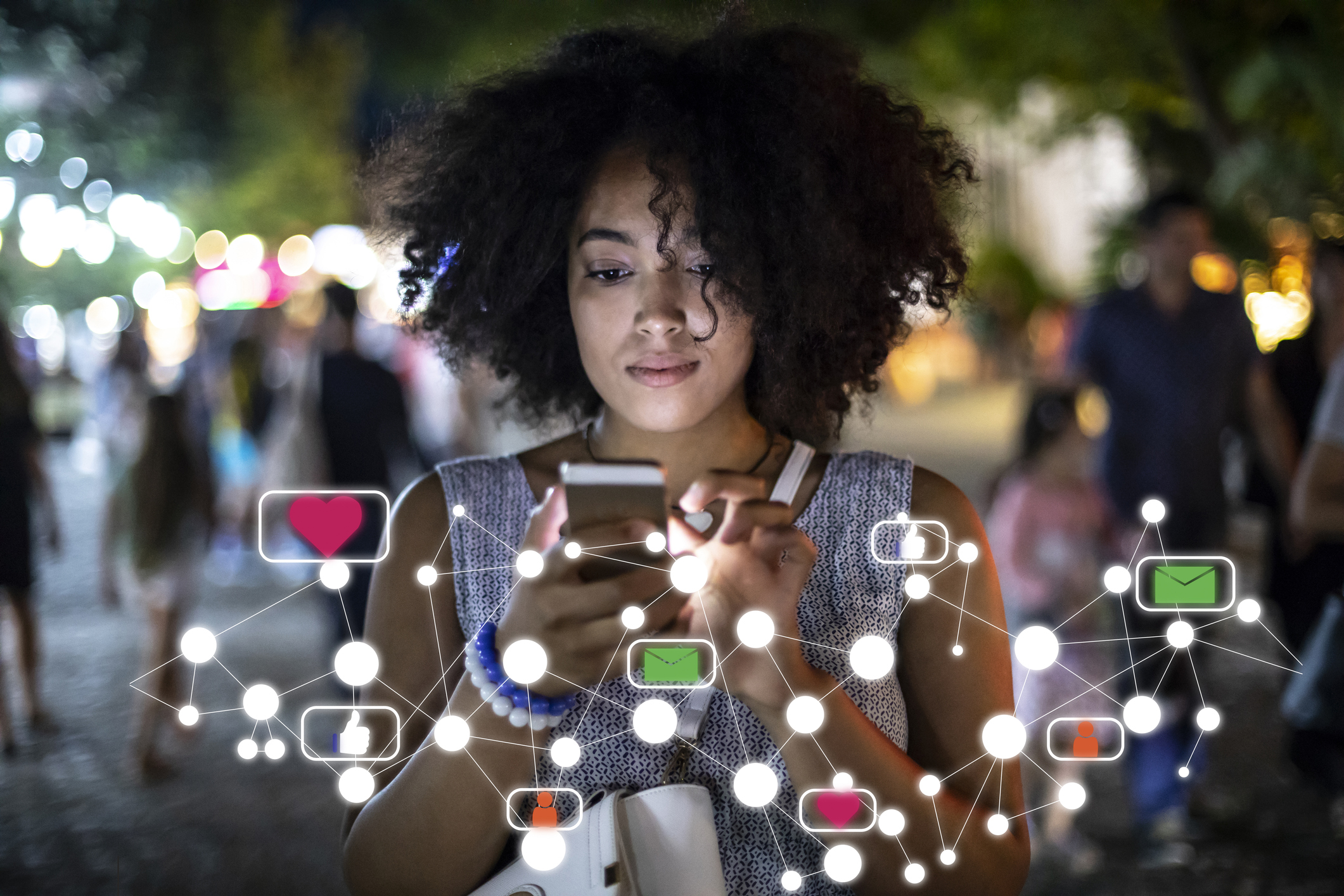 5G has been a buzzword for years now, but investors haven’t really seen the full fruits of this powerful technology transition yet. The first 5G iPhone was only introduced last year, and leading telecom companies are still building out their 5G networks, which likely won’t be completed for years. A study from Juniper Research predicts 5G phones won’t even gain a majority market share of the smartphone market until 2025.

That still leaves years of growth ahead for leading 5G-related companies. Given the strong tailwinds for the overall industry, picking competitively advantaged leaders seems like a no-brainer for long-term investors.

Sometimes, good investments are obvious and right in front of you. While the Wall Street community tends to obsess of the next quarter’s iPhone sales, Apple (NASDAQ:AAPL) is a beloved brand, which should enable it to keep up growth through the 5G era. Last quarter, not only did Apple see customers upgrading to 5G phones at double-digit rates, but Apple also saw “switchers” from Android to iPhone also grow double-digits. And when someone switches to the powerful Apple ecosystem, they tend to stick around.

It’s not only the iPhone that should benefit from 5G, but also new advanced services Apple is likely to develop for its 1.65 billion-device user base. After all, many were skeptical Apple could develop a viable video streaming service with large and entrenched competitors. Yet it appears Apple has at least some early success with critics, as Apple TV+’s Ted Lasso swept the recent Emmy awards.

On its July conference call, Apple’s management highlighted that paid subscriptions had increased by 150 million over the past year to 700 million. One can easily imagine that increasing as 5G enables new services across healthcare, AR/VR, video games, and other must-haves for Apple’s loyal users.

Finally, Apple has also been developing its own in-house hardware for its Macs and iPads, with its M1 chip. And while Apple has developed its own processor for the iPhone, it also has plans to develop its own mobile modem in the years ahead, having bought Intel‘s modem division back in 2019. More chip-making capabilities would further differentiate Apple’s hardware against rivals to an even greater degree, setting it up for continued dominance in the 5G era.

As the distance between semiconductor transistors has progressed below the seven nanometer mark in the past few years, EUV lithography has become essential. Of course, that distance will only continue to shrink in the years ahead, so ASML is set up for years and years of profitable growth.

ASML also just held its investor day, where it gave 2025 revenue guidance between 24 billion and 30 billion euros, up from its prior 2018 guidance of 15 billion to 24 billion euros. The increase has been driven by accelerated demand for semiconductors brought on by the pandemic, as well as developed nations all wanting EUV production capacity on their own shores.

Of course, there’s a good chance ASML beats that guidance, since it raised the 2025 guidance by so much in just three years’ time. And management doesn’t see growth slowing in 2025, but rather continuing at high rates through 2030, when the semiconductor market is projected exceed $1 trillion. In fact, ASML sees revenue growth growing at an 11% average rate through 2030. While 11% may not shoot the lights out in any one year, a compounded 11% growth rate over 10 years is extremely good and difficult for most companies to achieve, especially those already as large as ASML. Throw in annual share repurchases and a rising dividend, and ASML’s stock looks like an unstoppable compounder for the next decade.

Having already had a big run in 2021, shares of ASML have sold off recently with other growth stocks amid fears of rising interest rates. ASML shares never get particularly cheap, so now may be a good time to scoop up this 5G leader for the long term.

While 5G will require leading-edge semiconductors in order to work, those chips will also need to be packaged in new and innovative ways with accelerators and memory. That’s where Kulicke & Soffa (NASDAQ:KLIC) comes in, a leader in wire bonding machines that enable semiconductor advanced packaging.

Kulicke & Soffa will not only benefit from the shortage of semiconductor production capacity this year and next, but 5G and other advanced applications will also require increased packaging intensity, further expanding K&S’s market.

Furthermore, Kulicke & Soffa has been developing machines for micro and mini LED displays. Micro/miniLED is a new technology only available in the most advanced premium displays today, but it has the potential to penetrate computers, wearables, and even smartphones by 2024. Based on these three bullish factors, management expects its total addressable market to grow from $3.5 billion in 2021 to $5.5 billion by 2024.

Like ASML, Kulicke & Soffa’s stock also sold off hard recently after an impressive rally this year. After the recent dip, the stock trades around $53 per share. That seems incredibly cheap, given that management expects more than $6 in earnings per share in 2024. Kulicke & Soffa also has a lot of extra cash on its balance sheet, with over $600 million in cash and no debt. That is over $9 per share, so backing that out, Kulicke & Soffa only trades around seven times that 2024 figure.

There’s also reason to think that 2024 guidance is incredibly conservative. After all, last quarter, K&S made $1.87 in adjusted (non-GAAP) earnings per share, which annualizes to $7.48. Yes, sales are booming thanks to the current shortage, so that might cool off a bit. However, management has also been very conservative with this year’s guidance too. Should K&S step up share repurchases, it could retire a good chunk of its stock at these bargain-basement levels.

For value investors having trouble finding cheap stocks in the 5G tech sector, Kulicke & Soffa should be at the top of your list.