A Tax Scorecard For Reconciliation, Round 2 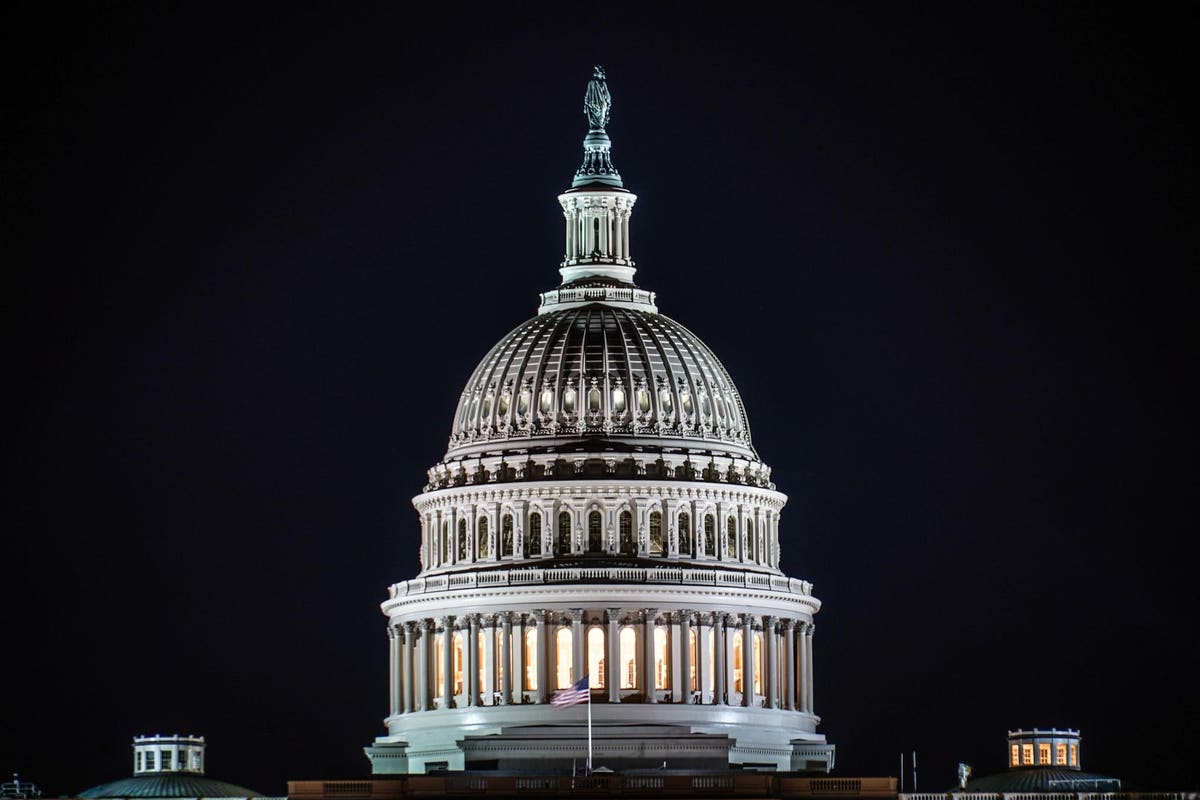 It increasingly seems as if tax laws will now be made largely through the budget process, which will likely usher in a host of fast and furious changes. Here is what to expect as Congress charges ahead toward a reconciliation bill.

Reconciliation might not actually be finished in September. The committees have a deadline of September 15 to finish drafting legislation that comports with their instructions, but that deadline is nonbinding, and many moving parts must be nailed down to produce any building back better.

Taxes will be a major bone of contention even though the reconciliation instructions require only a token amount of revenue-raising. Various tax options are being floated, some of which are completely new and may require more time to consider than the late-September goal would permit.

Senate Finance Committee Republicans registered their displeasure at being excluded from the legislation drafting process in a September 7 letter to committee Chair Ron Wyden, D-Ore., and asked for a full markup in which the merits of the proposals could be debated.

The top-line $3.5 trillion number in the reconciliation instructions is best viewed as an unattainably high opening bid, and one that has already been deflected.

Sen. Joe Manchin III, D-W.Va., explained in a September 2 op-ed in The Wall Street Journal that he wanted a “strategic pause on the budget-reconciliation legislation” and informed his colleagues that he won’t support $3.5 trillion, “or anywhere near that level of additional spending,” until the effects of the legislation on inflation and deficits are fully considered.

Manchin said any potential reconciliation bill should be reduced to “only what America can afford and needs to spend.” His defection would effectively render the bill impossible to pass.

The leaders of the tax efforts in the House and Senate are still assembling their proposals, but some of the pieces are starting to emerge. The details of the House proposals are less clear because no member in the House has been floating white papers and draft legislation for years like Wyden has in the Senate.

Thanks to Wyden’s sustained energy, the contours of the tax menu in the Senate are reasonably well developed. Among the corporate tax options being floated in the Senate, according to a document from Finance Committee Democrats, are an increase in the corporate tax rate, changes to the international tax system, an excise tax on stock buybacks or treatment of them as deemed dividends, a corporate alternative minimum tax of 15% on book income, a limit on the deduction for employee compensation to $1 million, and an excise tax on corporations whose CEO compensation exceeds a specific percentage of the average employee’s pay.

On the individual side, the major proposals include returning the top ordinary tax rate to 39.6% from 37%, raising the capital gains rate to the top ordinary income rate for high-income taxpayers, and requiring realization at death for transfers of property with untaxed gains exceeding $5 million per person or $10 million per couple.

The carried interest proposal would make fund managers subject to ordinary rates and self-employment taxes. Wyden’s Modernization of Derivatives Act makes a repeat appearance, along with a new proposal to add more mark-to-market rules for approximately 600 billionaire taxpayers. Mark-to-market might be the sleeper hit, but the billionaire proposal indicates that it could be a scaled-back version.

Also on the menu of options are changes to the net investment income tax, disallowing the use of grantor-retained annuity trusts and intentionally defective grantor trusts in estate planning, phasing out the benefit of section 199A for individuals earning more than $400,000, extending the excess loss limitation, and changing the distribution rules for IRAs with more than $5 million in assets. The outline also considers ways to minimize the tax gap and includes climate-related tax policies.

The Finance Committee’s instruction is to reduce the deficit by what the resolution summary from the Senate Budget Committee characterizes as “a nominal amount of $1 billion over ten years.”

The reason for that is that the final product from the Finance Committee is expected to cover not only large portions of the proposed $3.5 trillion in spending, but “also nearly all of the stated offsets.” The House Ways and Means Committee has the same $1 billion instruction.

The Finance Committee is being asked to draft legislation including $1.8 trillion in spending directed to working families, older adults, and the environment that will also give Americans making less than $400,000 a year a “historic” tax cut.

The principal offset is to ensure that the “wealthy and large corporations pay their fair share of taxes.”

The state and local tax deduction limit in section 164(b)(6) is still a thorn in the side of some lawmakers from high-tax states, and it could either be repealed or have its limit raised in the reconciliation bill.

But the revenue cost of changing the deduction limit might prove too great for any incidental political benefit that might flow from providing a tax break that overwhelmingly goes to high-income households. The federal government is not required to give taxpayers a deduction for the state and local taxes they pay.

Pandemic-related relief is a poor justification for repeal at this point, too, because either a repeal or a rise in the limit would give a boost to the high-tax states that lower-tax states might not appreciate.

The items on the tax gap reduction list in the Democratic Finance Committee document are unsurprising, but some could benefit from the added discussion Manchin wants.

Increased funding for the IRS to “improve enforcement against wealthy taxpayers” is one of the items on the list. That could raise “as much as $200 billion on net,” the document says.

The IRS will likely have more money for enforcement if the reconciliation bill passes.

Of more recent vintage is the bank information reporting proposal, which originated in the Biden administration’s release of its American Families Plan in April. More details came out with the green book in June, and Wyden offered an amendment to create a reserve fund for reporting on “large financial account balances” on August 10, which was approved.

The new document sticks with the plan to have banks report gross inflows and outflows on accounts with more than $600 per year of inflows or outflows, but a parenthetical notes that “we are flexible on raising the minimum account balance/inflow/outflow above $600.”

Significant and largely unexplored potential privacy concerns are inherent in a broad financial account information reporting regime. On the other hand, a narrower regime would likely raise less revenue.

Is a carbon tax politically viable now? We might find out soon.

The Finance Committee document lists the three main options for a carbon price being considered: a $15-per-ton tax on the carbon dioxide content of coal, oil, and natural gas at extraction that would escalate over time; a per-ton tax on industrial carbon dioxide emitters; and a tax per barrel on crude oil. All the options would be border-adjusted.

To offset the regressivity of carbon pricing, these proposals would all be coupled with a rebate or other relief for low-income taxpayers, according to the document. Combining carbon pricing and tax legislation wouldn’t be especially difficult because legislators already have several design options to look to for guidance and analysis. The chief hurdle is political.

That head of organic broccoli you buy shouldn’t be wrapped in a thin sheet of plastic, and now we have a novel proposal to tax “virgin” single-use plastics at 20 cents a pound. The justification in the Finance Committee document is that those plastics are “routinely disposed of as trash or end up in marine ecosystem as marine debris.”

Our frivolous attitude toward waste is an existential problem, but whether it will be solved with the aid of the tax system is debatable. That proposal appears to exclude recycled plastics. If it advances, other exclusions would likely be added, such as for single-use plastics in medical settings.

To the extent that this type of tax only increases consumer prices for essential items such as food in the short run, it could hit lower-income taxpayers especially hard. If producers move to recycled plastics or other materials because of the tax, it might not end up raising much revenue in the long run.

Repealing credits and accelerated deductions for extraction of fossil fuels is also on the list of possible tax changes. Under that item, the “preferential treatment of foreign income” would be eliminated, along with a change in the tax treatment of pipeline companies.

The expansion of the child tax credit in the American Rescue Plan Act of 2021 that resulted in monthly advances in 2021 must fit in somewhere before the end of the year if it’s to be delivered in January. The difficulty is the cost.

The Congressional Budget Office estimated that an extension of ARPA’s expansion through 2025 and permanent full refundability would cost $449 billion.

Rather than change the amount of the child tax credit or eligibility requirements to reduce its cost, the Progressive Policy Institute suggested that a permanent repeal of personal exemptions would reduce its net cost by more than $100 billion each year after 2025. The institute’s alternative includes retaining the increased standard deduction and credit for dependents ineligible for the child tax credit.

The cryptocurrency reporting requirements are in the infrastructure bill, not the reconciliation bill, but the vehicle hardly matters because the requirements stand a good chance of becoming law and remaining prominent in the tax world for the foreseeable future.

The Joint Committee on Taxation estimated (JCX-33-21) that the reporting requirements would raise almost $28 billion over 10 years, and that’s why they’re chugging along at this point.

Taxpayers and their advisers aren’t overly fond of last-minute surprises, but the budget process is likely to result in at least a few.

The process increases the likelihood of a constant churn of tax rules because many of them must expire in 10 years, if not sooner. Not to mention that the reconciliation process frequently results in the theatrics of the minority party using the Byrd rule to publicly flog the majority party’s policies.

Perhaps the chief consolation for taxpayers in limbo is that even if the reconciliation and infrastructure bills pass at the end of September or thereabouts, the music won’t stop then, because there will undoubtedly be technical corrections to follow and a new slate of regulatory guidance on the IRS and Treasury’s agenda.