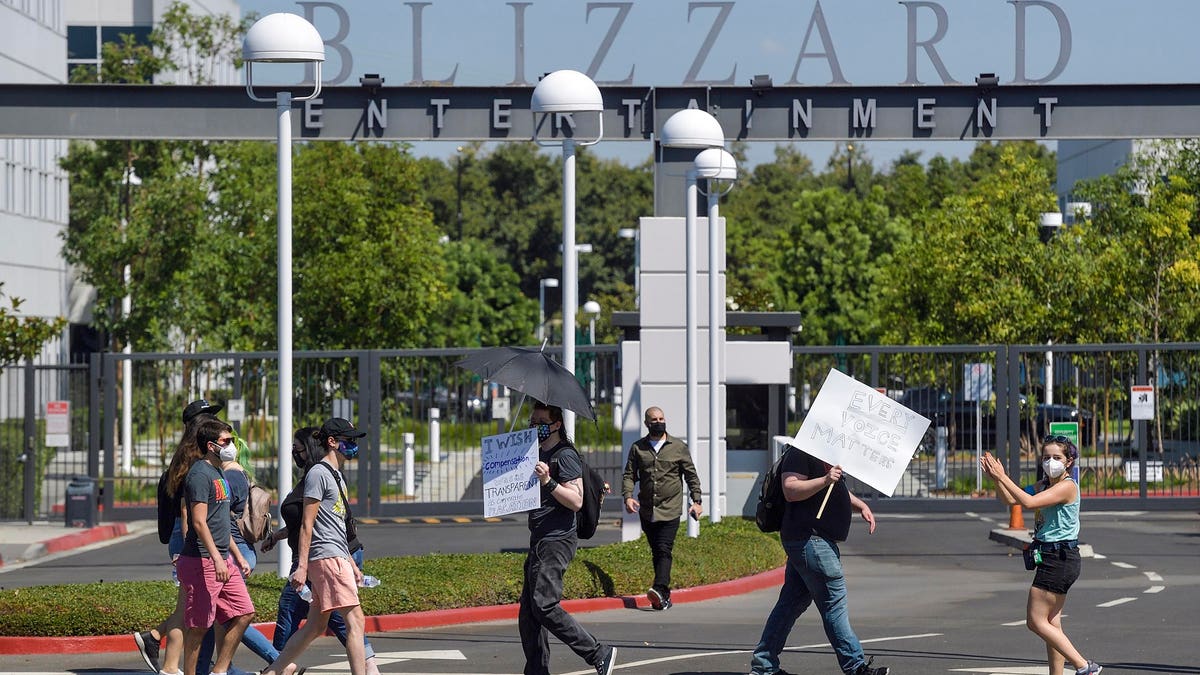 The Communications Workers of America filed an unfair labor practice complaint against Activision Blizzard King Monday alleging the company intimidated workers and prevented them from unionizing in the wake of discrimination and sexual harassment scandals at the company.

CWA said the company used “coercive tactics” to prevent employees from “exercising their rights” to unionize to demand a “equitable, sustainable, and diverse workplace.”

According to the filing, over the past six months, Activision Blizzard repeatedly threatened employees, telling them that they couldn’t “communicate about wage, hours or working conditions,” and “enforced the social media policy” against workers who had spoken out about unionizing.

Activision Blizzard did not immediately respond to Forbes’ request for comment.

“Management could have responded with humility and a willingness to take necessary steps to address the horrid conditions some ABK workers have faced,” CWA national organizing director Tom Smith said in a statement. “Instead Activision Blizzard’s response to righteous worker activity was surveillance, intimidation, and hiring notorious union busters.”

The complaint comes two months after California regulators sued the company, alleging that it “created a “frat boy” culture marked by discrimination against women and harassment and retaliation if they spoke up for abuse. Activision Blizzard said it would fight the charges. Employees staged a walkout a week later to protest the company’s denials of the lawsuit’s charges and demanding changes including hiring an outside group to investigate the roots of employee harassment and changing hiring and promotion practices to provide more opportunities for women and people of color. In the wake of the scandal, multiple senior executives at the company have left, including Blizzard vice president of HR Jesse Meschuk and Blizzard Entertainment President J. Allen Brack.

On Tuesday, Activision Blizzard said it hired Julie Hodges to step in as HR Chief starting on September 21, according to Variety. She previously worked at Disney for 32 years as its chief people officer. She will be replacing Claudine Naughton, who will be leaving the company. Activision Blizzard did not give a reason for Naughton’s resignation.