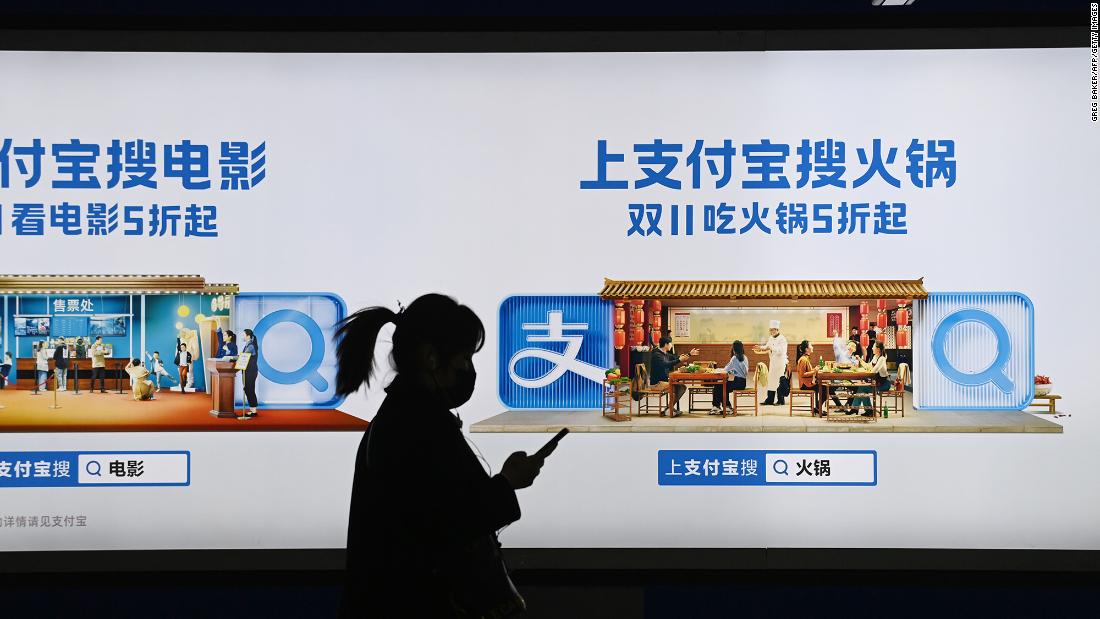 share this article!
But that wasn’t the only piece of news that led to the stock’s decline. Investors are also concerned that Beijing is intensifying its ongoing crackdown on big tech, after regulators ordered internet firms — including Alibaba and Tencent — to stop blocking rivals’ links on their platforms.
Alibaba (BABA) fell as much as 7% in Hong Kong, before trimming losses to 4.2% at the close. The stock has shed 46% since early November 2020, when Chinese regulators halted Ant Group’s giant IPO at the last minute, erasing about $380 billion off Alibaba’s market value. Ant Group was spun off from Jack Ma’s Alibaba in 2011. Alibaba still owns a third of the fintech company.
Since yanking its IPO, regulators have already ordered Ant to restructure as a financial holding company, and now its superapp –Alipay –may be next in line. According to the Financial Times, China wants to break up Alipay and create a separate app for its loans business.
“Chinese regulators have already ordered Ant to separate the back end of its two lending businesses, Huabei, which is similar to a traditional credit card, and Jiebei, which makes small unsecured loans, from the rest of its financial offerings and bring in outside shareholders,” the paper said.
Read More
“Now officials want the two businesses to be split into an independent app as well,” it added, citing unnamed sources.
The regulators also want Ant to turn over the user data that underpins its lending decisions to a new credit scoring joint venture that will be partly state-owned, the report said.
Ant and the People’s Bank of China didn’t immediately reply to a request for comment.
Alipay, the digital payments app, boasts of more than 700 million active users every month. But while it has grown unchecked over the past decade, authorities are becoming increasingly mindful of how much influence the tech industry has on the country’s economy. Ant, for example, controls more than half of the mobile payments market in China.

On Monday, China’s Ministry of Industry and Information Technology ordered the country’s internet firms to end a long-standing practice of blocking rivals’ links on their platforms. The ministry said it will punish those who did not correct their actions within an unspecified deadline. It didn’t specify the punishments.
The comments made at a press conference came after a state-owned newspaper reported on Saturday that the ministry met with a handful of internet companies late last week to discuss the issue.
Apart from Alibaba, other Chinese tech stocks also dropped sharply, following the comments by the ministry. Meituan lost 4.5%, and Tencent (TCEHY) fell 2.4%.
— CNN’s Beijing bureau contributed to this article.