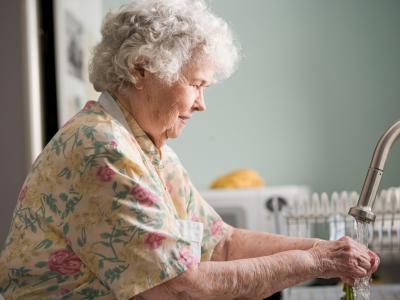 The premier marketplace for early stage and developing companies approved the clinical stage biopharmaceutical company, Alpha Cognition Inc. (OTCQB: ACOGF) to begin trading on its market in August. The new entry to OTCQB is gaining momentum as investors interested in the biopharmaceutical space are optimistic about its leading drug candidate, Alpha 1062. It is on track to potentially become a safe and effective treatment for Alzheimer’s disease dementia.

The promising drug candidate, along with Alpha Cognition’s strong position in an unmet but highly lucrative market, has made ACOGF a stock to watch.

Alzheimer’s Disease Is a Growing Market With Large Unmet Needs

Alzheimer’s disease is a progressive neurodegenerative disease in which patients experience progressively worsening memory loss and behavioral symptoms. If left untreated, patients ultimately lose the ability to perform basic daily tasks like eating, bathing and taking care of themselves.

Their quality of life deteriorates rapidly, and they ultimately become dependent on 24-hour care. Friends and family are then left with the difficult choice of managing that full-time care on their own or paying the high cost of 24-hour professional care.

As many as 55 million people worldwide suffer from Alzheimer’s disease or dementia, and nearly 10 million new cases are reported each year. To date, there is no cure for Alzheimer’s or dementia and the limited range of symptomatic treatments have a high rate of dissatisfaction.

This has created a massive and growing market, estimated to exceed $19 billion by 2026, with few treatment options available to meet the needs of these patients.

What makes Alpha 1062 such a groundbreaking treatment with the potential to address the neurodegenerative disease market in ways that existing drugs can’t is its patented pro-drug of galantamine uniquely designed to minimize treatment-limiting side-effects and improve long-term outcomes.

Galantamine is an FDA-approved acetylcholinesterase inhibitor (AChEI) that doctors use to treat Alzheimer’s disease and it reduces the cognitive decline associated with Alzheimer’s. In a study published in the International Journal of Geriatric Psychiatry , 80% of galantamine-treated patients were living independently versus 30% of untreated patients at 36 months.

Unfortunately, side effects associated with AChEIs include severe gastrointestinal distress, such as vomiting and diarrhea. Because of these painful side effects, only around half of patients adhere to treatments for longer than 1 year.

Alpha 1062 has been formulated to address this problem. It delays the absorption of the galantamine as the drug reaches the small intestine. ALPHA-1062 passes through the intestinal wall without triggering the gastrointestinal nervous system. In effect, the body can absorb galantamine with minimal to no side effects.

Even with the low rate of patient adherence due to the side effects of existing AChEIs, the US market is estimated to be valued at $5 billion per year. As a next-generation version of galantamine that patients can actually tolerate, Alpha 1062 is poised to be successful in that market.

The Company announced that the U.S. Food and Drug Administration has accepted its Investigational New Drug application for lead candidate, ALPHA-1062, to proceed with the pivotal clinical phase of the development program. With the drug candidate entering this late stage of research, Alpha Cognition is optimistic that it will be ready to submit a New Drug Application as early as the 3rd quarter of 2022.