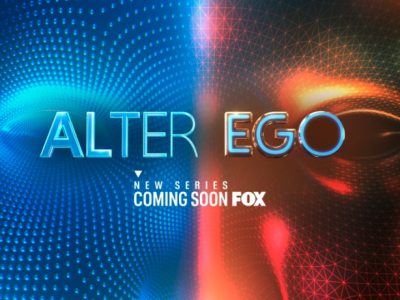 Fox has been no stranger to testing reality shows or singing competitions. The latest from the broadcast network could bridge the metaverse to a reality competition and offers a unique opportunity for singers looking to hit it big.

What Happened: A new reality show from Fox Corp (NASDAQ: FOX) called “Alter Ego” will have a two-night series premiere at 9 p.m. ET on Sept. 22 and Sept. 23. The show will follow “The Masked Singer.”

After the premiere, the show will be aired every Wednesday at 9 p.m. ET.

“Alter Ego” gives singers the opportunity to perform as an avatar they create. The avatar will perform on stage and follow their motions and movements and voice created by the singer, who will be backstage.

“They’ll be given the chance to show how they’ve always wanted to be seen, creating their dream avatar alter ego to reinvent themselves and perform like never before,” the show’s website says.

“Alter Ego” is the world’s first avatar singing competition and features motion technology. A preview video from Fox showed a contestant backstage crying and tears coming down the cheek of the avatar on stage.

Why It’s Important: The show follows other singing competitions that have added new original ideas. “The Voice,” which airs on Comcast Corporation’s (NASDAQ: CMCSA) NBC, features singers performing with guests having their chairs turned and not seeing their image before deciding if they like the performance.

The growth of the metaverse and digital avatars through companies like Roblox Corp (NYSE: RBLX) could help the show gain an audience.

The show is “probably one of the most ambitious things we’ve ever done,” President of Alternative Entertainment for Fox, Rob Wade said.

Wade said the show can only get made now because of the growth in the technology for artificial intelligence.

“We’re living in a world with the Metaverse and the whole idea of marrying digital and real-world environments together, people are becoming far more forgiving and the lines are blurring.”

The show could also be a hit for viewers who have struggled with their personal image, something judge Grimes highlighted in an interview at a Television Critics Association panel.

“The show sort of represents a future in music where there’s a lot more possibility for different types of brains,” Grimes said. “We don’t need to be super confident, always good on camera, always happy to perform without anxiety.”

Grimes said contestants don’t have to be worried about an evaluation of how they look, something especially hard for women in the industry.

A preview event for “The Masked Singer” and “Alter Ego” had 2.4 million viewers on Sept. 12 on Fox.