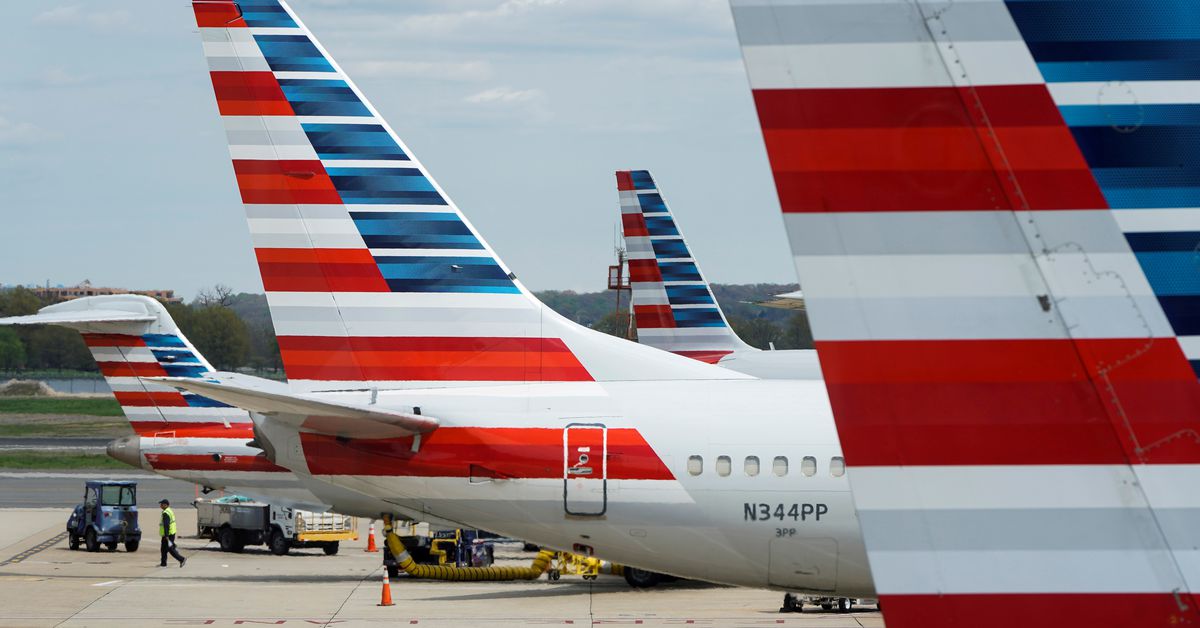 July 22 (Reuters) – American Airlines Group Inc (AAL.O) beat Wall Street estimates for second-quarter revenue on the back of a recovery in demand as leisure travel rebounds from pandemic lows.

Travel demand has surged thanks to speedy COVID-19 vaccinations and easing restrictions across the globe. Airlines are now recalling crew on voluntary leave and recruiting new employees ahead of the holiday season.

The airline reported positive cash flow in the second quarter for the first time since the pandemic began, reversing a trend of cash burn of about $100 million a day when global travel had ground to a halt.

The airline reported a cash build rate of about $1 million per day in the second quarter.

Excluding items, the company posted a second-quarter net loss of $1.1 billion, or $1.69 per share.

Total operating revenue jumped 361% to $7.48 billion. Analysts, on average, expected a revenue of $7.34 billion, according to Refinitiv data.

American ended the second quarter with about $21.3 billion of total available liquidity.

Reporting by Sanjana Shivdas in Bengaluru; Editing by Shailesh Kuber