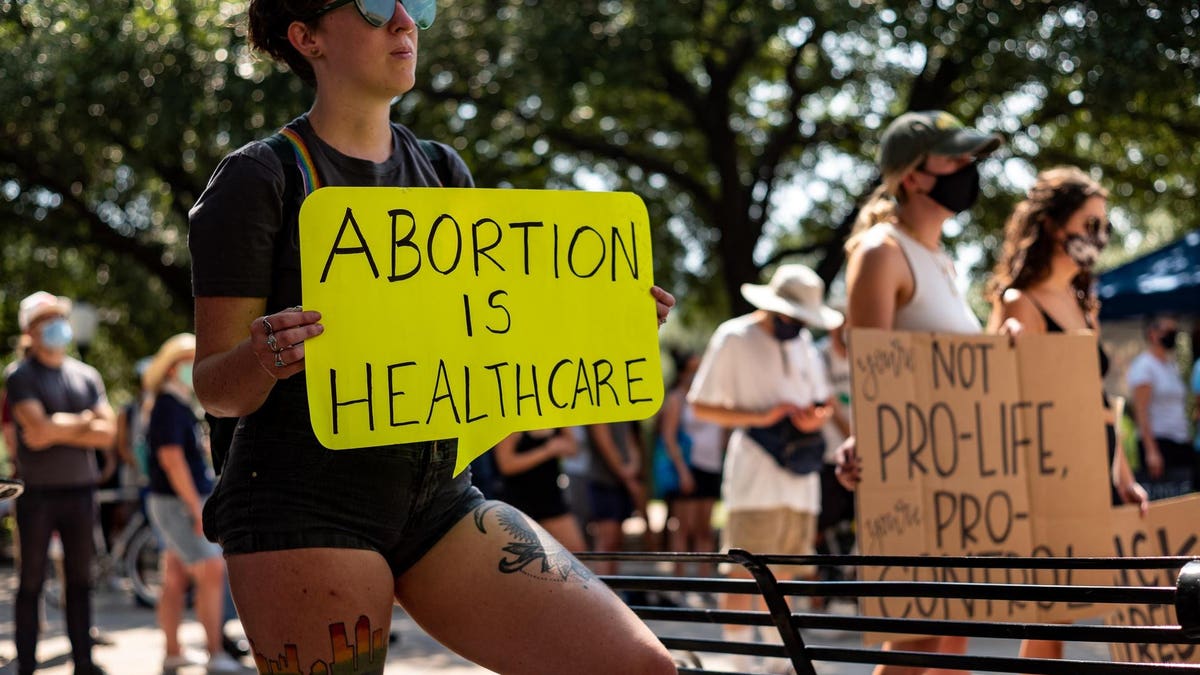 A majority of Americans support abortion being legal in at least most cases after Texas imposed the most severe restrictions on the procedure in the U.S. since Roe v. Wade, a new Quinnipiac poll found, while support for the U.S. Supreme Court has dropped to a historic low after the conservative-leaning court upheld the controversial policy.

Quinnipiac notes that’s “one of the highest levels of support” for abortion since the pollster began asking the question in 2004, and marks the first time more than 30% have said it should be legal in all cases.

A narrow 51% majority support abortions after a “fetal heartbeat” is detected–a term medical experts criticize as factually inaccurate–which is the point when the Texas abortion law bans the procedure, and 83% believe abortion should be legal in cases of rape and incest, for which the Texas law does not make exceptions.

Only 37% of respondents approve of the Supreme Court while 49% disapprove, which Quinnipiac notes is the lowest approval rating since it started polling in 2004 and is down from a 52% approval rating in July 2020.

Only a minority of respondents (35%) believe the conservative-leaning court will actually overturn Roe v. Wade in the next several years, however, and a 48% plurality believe the high court should make it easier to get an abortion (35% say harder).

67%. That’s the percentage of respondents that agree with the Supreme Court’s ruling in Roe v. Wade, which declared abortion is legal under the U.S. Constitution.

Abortion has become a greater national issue in the wake of the Texas law, known as Senate Bill 8 (SB 8), taking effect on September 1. The law, which is expected to block at least 85% of abortions in the state, was able to take effect thanks to an enforcement mechanism designed to make the law harder to strike down in court, which empowers private citizens to enforce the law through lawsuits against anyone who “aids and abets” an abortion instead of private citizens. The Supreme Court declined to strike down SB 8 as abortion providers had asked the court to do, ruling 5-4 after the law had already taken effect that it was too soon to bring a legal challenge. That lawsuit is now pending in the lower courts, and the Biden administration has also brought its own litigation aimed at ending the policy.

Supreme Court Justices Stephen Breyer and Amy Coney Barrett have responded to criticism about the court’s alleged partisanship in recent days, urging Americans not to think of the court as a political institution despite the conservative-leaning court upholding GOP policies like restricting abortion. The court is not “made up of partisan hacks,” Barrett said at an event Sunday for the McConnell Institute at the University of Kentucky, at which she was introduced by Senate Minority Leader Mitch McConnell (R-Ky.), who ushered through her confirmation. “It’s not my job to decide cases based on the outcome I want,” Barrett argued, as reported by the Louisville Courier Journal, claiming justices only interpret cases based on the law. The liberal-leaning Breyer agreed with Barrett’s comments in a subsequent interview Monday with the Washington Post, and said that while he believed the court’s abortion ruling was “wrong,” “judges are not junior-league politicians.”

The Supreme Court could potentially weaken or overturn Roe v. Wade next term as it considers a challenge to Mississippi’s 15-week abortion ban, which is separate from the Texas litigation. SB 8 could potentially also make its way to the high court again, as the justices noted in their ruling upholding the policy that they were not ruling on the constitutionality of the law itself and their ruling does not stop future legal challenges from being brought.

Congress has considered its own action on abortion in the wake of the Texas law, as House Speaker Nancy Pelosi (D-Calif.) has said the chamber will vote on the Women’s Health Protection Act, which would enshrine the right to an abortion in federal law. Respondents in the Quinnipiac poll were divided on whether they would want such congressional action: 43% believe lawmakers should pass a law that would protect abortion access in the U.S., but 41% said the issue should be left up to the states and 11% believed lawmakers should instead pass legislation that restricts abortion access.