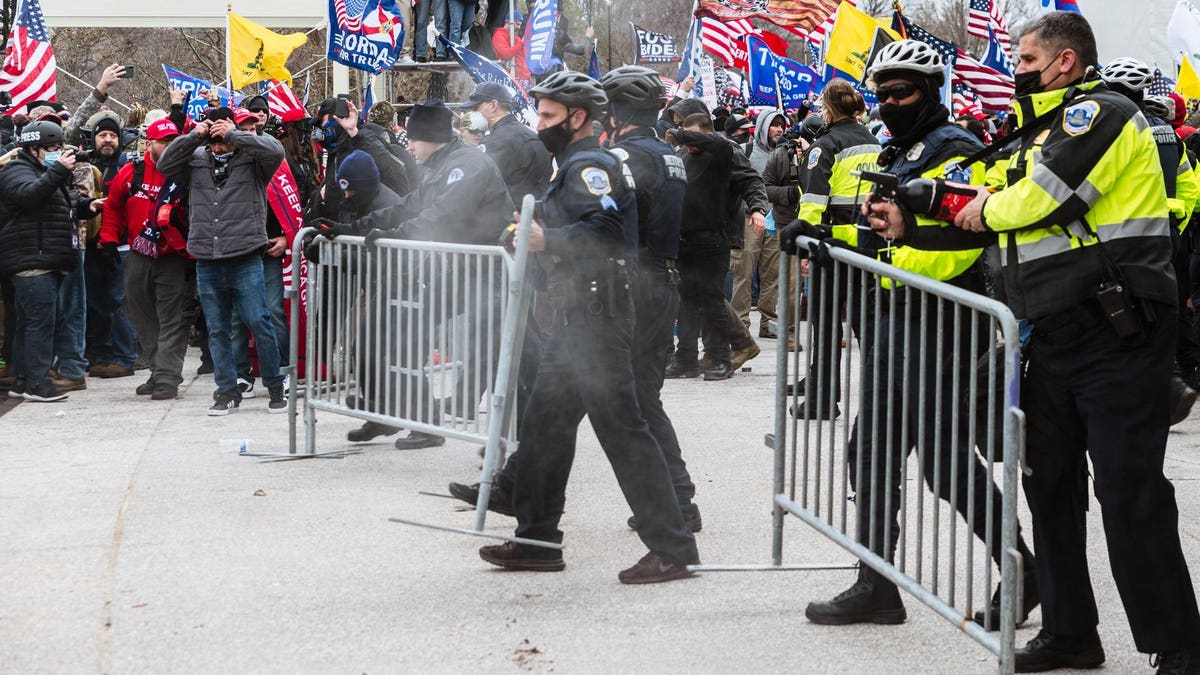 A Texas man was arrested Friday and charged with whipping and pepper spraying police during the Capitol riot, and federal agents say a match on the dating app Bumble tipped them off — the latest in a litany of people who were arrested for joining the Jan. 6 riot after openly discussing it on dating apps or social media.

A large group of pro-Trump rioters face off against police near the U.S. Capitol on January 6, 2021.
Getty Images

Andrew Taake, a 32-year-old Houston resident, was charged with assaulting police officers, obstructing an official proceeding and several other offenses, according to an FBI complaint filed in court Wednesday and released Friday afternoon.

The FBI accused Taake of brawling with police officers outside the U.S. Capitol: He allegedly pepper sprayed one officer, struck others with a “whip-like, self-defense tool” and then walked around the Capitol building with his whip still in hand, federal authorities said, citing surveillance tapes and body camera footage.

Taake caught the FBI’s attention after he admitted to visiting the Capitol — and sent photos of himself at the scene — during a conversation with a match on Bumble who later sent the messages to the FBI, according to the criminal complaint.

Taake is at least the second Capitol riot defendant to face charges due to a tipster on Bumble. In April, federal agents arrested a New York man who told somebody on the dating app he “did storm the capitol” and “made it all the way into Statuary Hall.”

The Department of Justice says it has arrested over 500 people in connection with the Jan. 6 riot, including more than 100 who allegedly assaulted or impeded police. Many of these suspects were caught after they publicly discussed their purported role in the riot. Two people shouted out their first and last names during Facebook Live streams of the Capitol breach, a Texas couple acknowledged they “fought the cops” and complained about police officers’ use of pepper spray on Facebook, a Florida man allegedly bragged on Instagram about pushing police officers down a staircase, multiple defendants gave interviews to news outlets, and a man who allegedly carried the Confederate flag through the U.S. Capitol building was arrested after his son boasted about being at the Capitol on Jan. 6 at work.