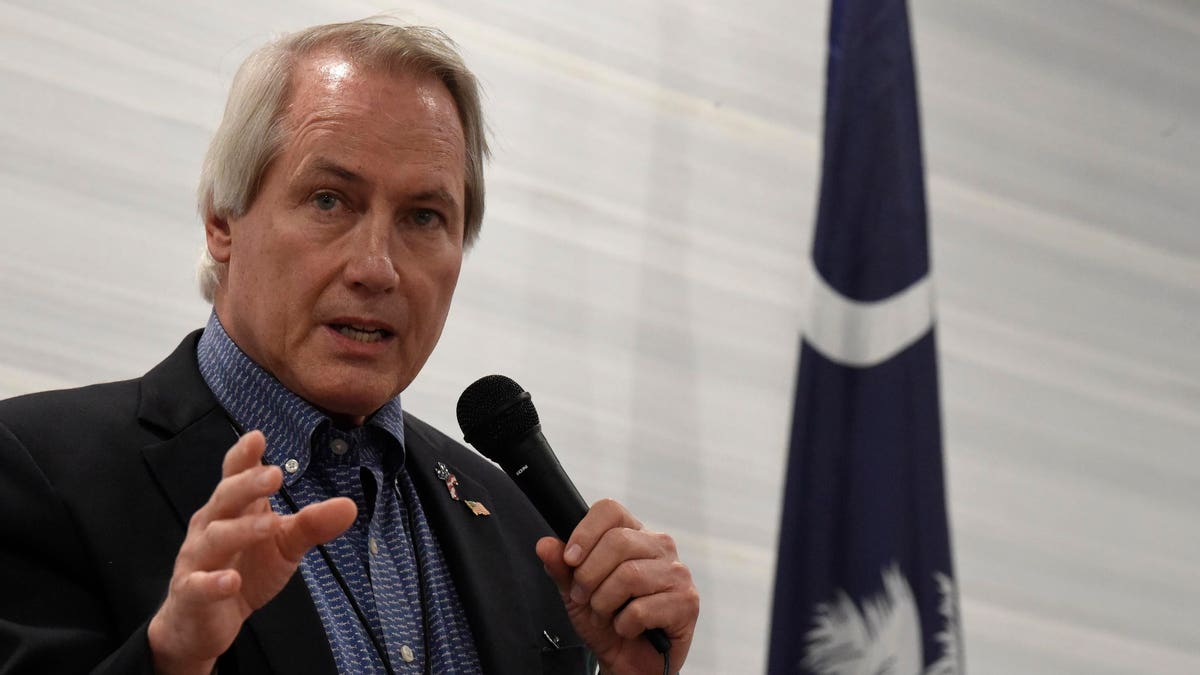 An anti-vaccine activist and QAnon advocate whose demands to be treated with deworming drug ivermectin sparked a right-wing harassment campaign against the Chicago hospital where she was being treated has died from complications due to Covid-19, the hospital confirmed to Forbes on Monday.

Pro-Trump attorney Lin Wood, who has led attacks on the hospital where Veronica Wolski was being … [+] treated.
ASSOCIATED PRESS

Veronica Wolski, an Illinois woman who gained fame in QAnon circles for her demonstrations on bridges, died “early this morning,” Olga Solares, a spokesperson for AMITA Resurrection Hospital, said in an email to Forbes.

The hospital said last week it had received “hundreds” of phone calls about Wolski, who was admitted three weeks ago after contracting Covid-19, after she claimed she was refused the controversial drug.

The hospital responded by highlighting that its physician and clinicians follow “the full guidance of the FDA and the CDC in the treatment of Covid-19” (ivermectin has not been recommended by either agency).

Wood, who was the first to announce Wolski’s death in a Telegram post on Monday, falsely claimed that she had been murdered by the hospital. “It is our responsibility to ensure that these medical murders stop NOW and the perpetrators be brought to justice,” he wrote to his hundreds of thousands of followers on the platform. “As my brother in Christ, Jarrin Jackson, says, ‘Now go to war.'”

Ivermectin is a drug that is most commonly used for veterinary parasitic diseases, but has been approved by the Food and Drug Administration (FDA) to treat some parasitic worm infections and skin diseases in humans too. It was considered as a promising potential treatment for Covid-19 earlier on in the pandemic after some initial research found it could prevent coronavirus replication. However, the National Institutes of Health and the European Medicines Agency both decided that there was not sufficient evidence to support the use of the drug as a Covid-19 treatment after numerous studies did not show the same benefits of using ivermectin, and some of the early research was criticized for small sample sizes and problems with study design.

Nonetheless, the drug has been touted in right-wing and non-medical circles, earning high-profile endorsements from Fox News hosts Tucker Carlson, Sean Hannity and Laura Ingraham. States across the country–including Arkansas, Missouri and Mississippi–have been reporting an uptick in calls to poison control centers due to more people taking the drug, which is being scooped up from shelves at livestock supply centers. This prompted the Food and Drug Administration to release an urgent warning on August 21 about how the drug is “dangerous” in large doses and “can cause serious harm.”