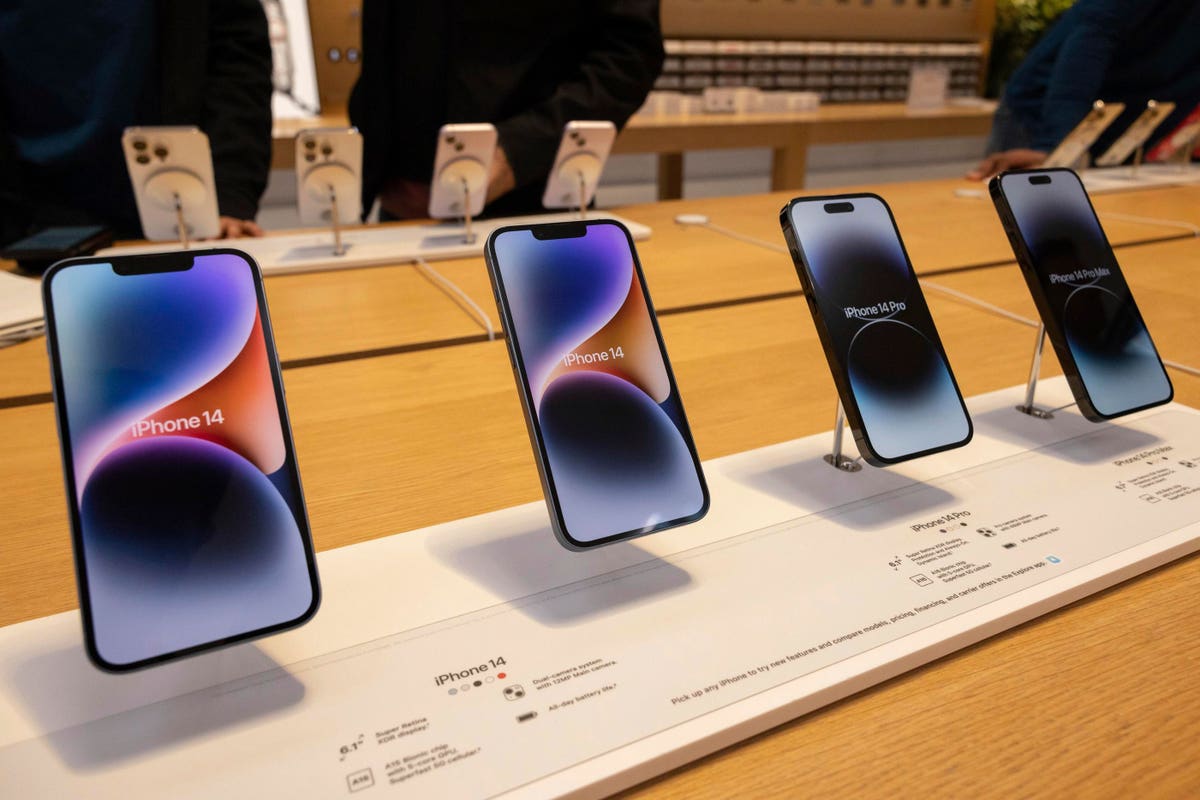 Apple’s shares were down just over $3 or 2.1% to $141.17 on Tuesday, while the Nasdaq only fell 0.6%. The stocks weakness was largely attributed to Apple analyst Ming-Chi Kuo of TF International Securities writing, “The total iPhone 14 Pro and 14 Pro Max shipments in the December quarter will be 15-20 million units less than expected. Significant downside risks to Apple & iPhone supply chain due to Zhengzhou iPhone plant labor protests.” Philip Elmer-DeWitt at Apple 3.0 has a synopsis of what Kuo wrote.

While this is only a sample size of one, the Apple store I visited this week had no iPhone 14 Pro models in stock. And when they do get them, it receives two shipments a day, they sell out very quickly.

While Apple’s stock may maintain its outperformance, if any concerns such as iPhone production being limited become more pronounced the shares could be exposed to performing worse than the overall markets.

Revenues and earnings could fall in fiscal 2023

Keep in mind that Apple saw its total revenue decline in fiscal 2016 by 8% and in fiscal 2019 by 2%. In his report detailing Apple’s September and fiscal year 2022 Toni Sacconaghi wrote, “we expect consensus revenues and EPS to fall for fiscal 2023.Apple did not provide guidance for December revenues, other than to say growth would be lower than September quarter levels (of 8%). Our take is that management does not have conviction that it can grow revenues in the December quarter – despite enjoying an extra week that should contribute an additional ~ 7% of revenues – in part because of uncertainty surrounding iPhone 14 and wearables, which it continues to believe is its most economically sensitive business.”

The company saw revenue growth explode in fiscal 2021 and is up 52% from fiscal 2019 to 2022. It would not be surprising to see revenue growth slow if not turn negative since so many users have bought recently available products.

EPS, not surprisingly, have a larger range of estimates since there are more variables, such as margins and expenses, that impact it.

While Apple’s stock valuations had lagged the overall markets a few years ago, due to its financial outperformance and it Services revenue growing faster than the hardware side of the business (along with much higher margins), its P/E ratio has increased substantially. However, if its growth profile remains under pressure, the premium valuation it has recently received could deteriorate.

Technically the shares have more downside risk than upside potential

Carter Braxton Worth is founder of Worth Charting and frequent CNBC guest. He follows the markets as a technician and was the Chief Market Technician at Oppenheimer, Sterne Agee & Leach and Cornerstone Macro for almost 20 years before recently founding his own firm. This chart is from November 9 when Apple’s stock closed at $135. Over the next three weeks the shares rallied to $151 but pulled back to $141 on Tuesday.

Worth believes that the shares are exposed to the downside as indicated by the stock not being able to break above its January 3 closing high of $182.01

Carter Braxton Worth at Worth Charting