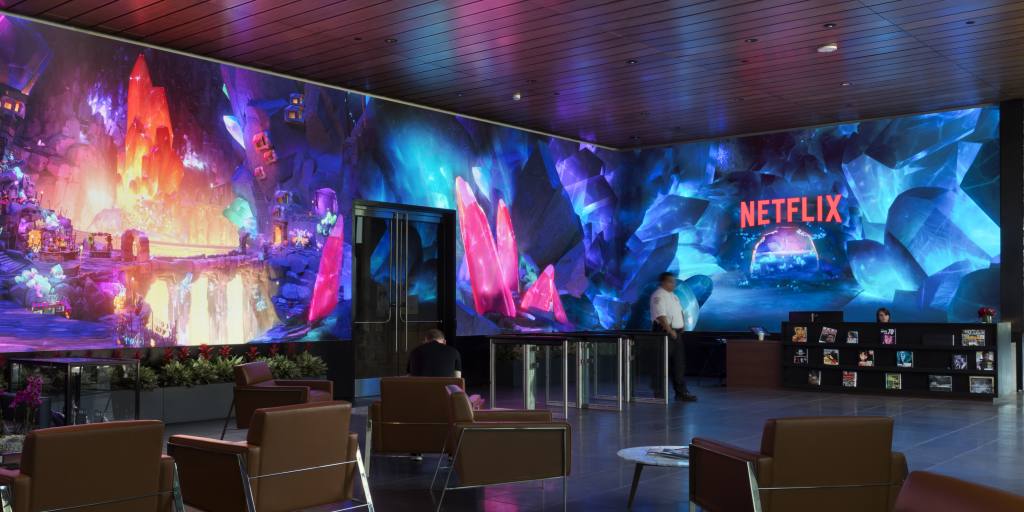 PALO ALTO, U.S. — Two-thirds of Netflix’s subscriber growth came from the Asia-Pacific region in the last quarter, the streaming video giant reported on Tuesday, amid an overall slowdown in new paid users as pandemic-related lockdowns ease around the world.

But while the U.S. entertainment giant sees the region as a bright spot, it faces fierce competition as more content providers roll out streaming services in populous Asian countries where they see strong growth potential.

“We’re roughly 20% penetrated in all broadband homes [outside China] … and then if you look at the range from the APAC region, where we’re only roughly 10% penetrated, so clearly [it’s the] early days,” said Netflix Chief Financial Officer Spence Neumann during an earnings call on Tuesday.

Some 1.54 million new paid members joined Netflix in the three months ended June 30, down from the pandemic-driven addition of 10.09 million users in the same period last year and 3.98 million during the first quarter of this year.

The Asia-Pacific region was the largest contributor at 1.02 million new paid sign-ups, 66% of the quarter’s total.

“COVID has created some lumpiness in our membership growth (higher growth in 2020, slower growth this year), which is working its way through,” Netflix said in a letter to investors on Tuesday.

For the second quarter, Netflix recorded $7.3 billion in total revenue, up 19% from the same period last year. The Asia-Pacific region contributed $799 million, up 40% year on year.

Netflix’s paid user and revenue growth in the Asia-Pacific region was not easily earned. Its upward trajectory is shadowed by rising pressures from regional and international rivals.

Disney, one of Netflix’s biggest rivals at home, launched its Disney Plus streaming service in Thailand on June 30 after rolling it out in Malaysia, Singapore and Indonesia over the past few months, Nikkei Asia previously reported.

A May report by research company Media Partners Asia listed Disney Plus as having the largest market share of new paying subscribers in the region, at 43% in the first three months of the year.

Facing intense competition in the region, Netflix has expanded its low-cost mobile-only plan to an additional 78 countries across Southeast Asia and sub-Sahara Africa recently.

Netflix first introduced the subscription model in India in 2019, which proved to be an effective way to attract new users.

“We’re increasing the accessibility of the service and the ability to participate in and derive joy from the stories that we’re telling to [areas] that don’t have as much means to pay,” Netflix Chief Operations Officer Greg Peters said in the earnings call.

The streaming giant also confirmed on Tuesday reports that it is expanding into the gaming market. Initially, the company will be focused on games for mobile devices, which will be included in Netflix subscriptions at no additional cost.

Netflix’s push into gaming complements its existing subscription-based content, company executives said. Unlike most traditional gaming companies, the streaming giant said it is not thinking about monetizing games via advertisements or in-game purchases.

“We’re very confident of video gaming,” said co-CEO Reed Hastings during the earnings call. “We’re pushing on that and that’ll be part of our service … so think of that as making the core service better.”

He added that it amounts to “lots of investment but not a separate profit pool. It’s enhancing the big service that we have.”

Netflix’s shares rose less than 1% in after-hours trading on Tuesday after a brief 4% dip.