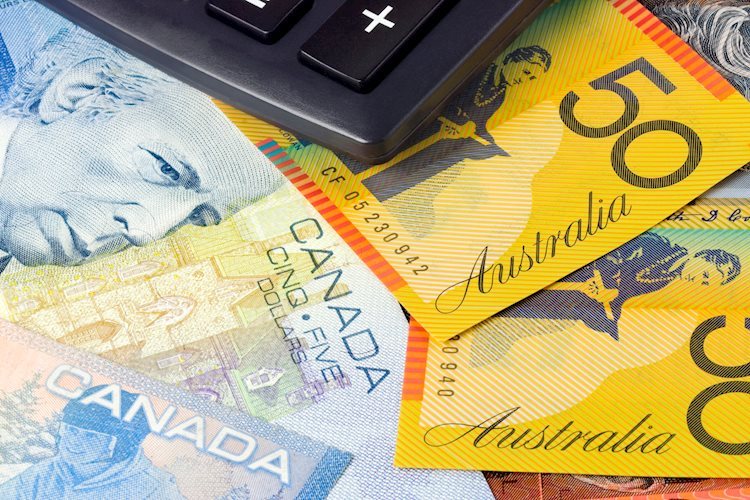 AUD/CAD bulls moving in from a fresh monthly low.
Eyes on the Fibonacci retracements across the daily bearish impulse and beyond.

AUD/CAD is correcting the recent bearish impulse and the following top-down analysis offers a comprehensive insight to prospects of a bullish correction as well as downside probabilities.

The weekly chart is showing that the current area of support has been a critical structure in the past.

This means it may take some doing to close the week out lower, but not impossible.

Looking forward, considering that net speculators’ long CAD positions fell sharply, back to their lowest levels since early May, there are prospects of a short squeeze.

This could equate to further downside in the cross in the coming weeks. Such a view is personified when taking into account the divergence between the Reserve Bank of Australia and the Bank of Canada.

However, from a daily perspective, the correction from long term lows is underway.

This is where resistance would be expected to be the firmest, potentially resulting in an eventual downside continuation in accordance with the dominant trend.

However, we have a bullish monthly M-formation:

Should the 50% mean reversion near 0.9320 resistance give way, a monthly correction to target the 38.2% Fibonacci retracement level near 0.9520 will be on the cards.

A break of the 0.9360 weekly support structure will be critical in this regard: