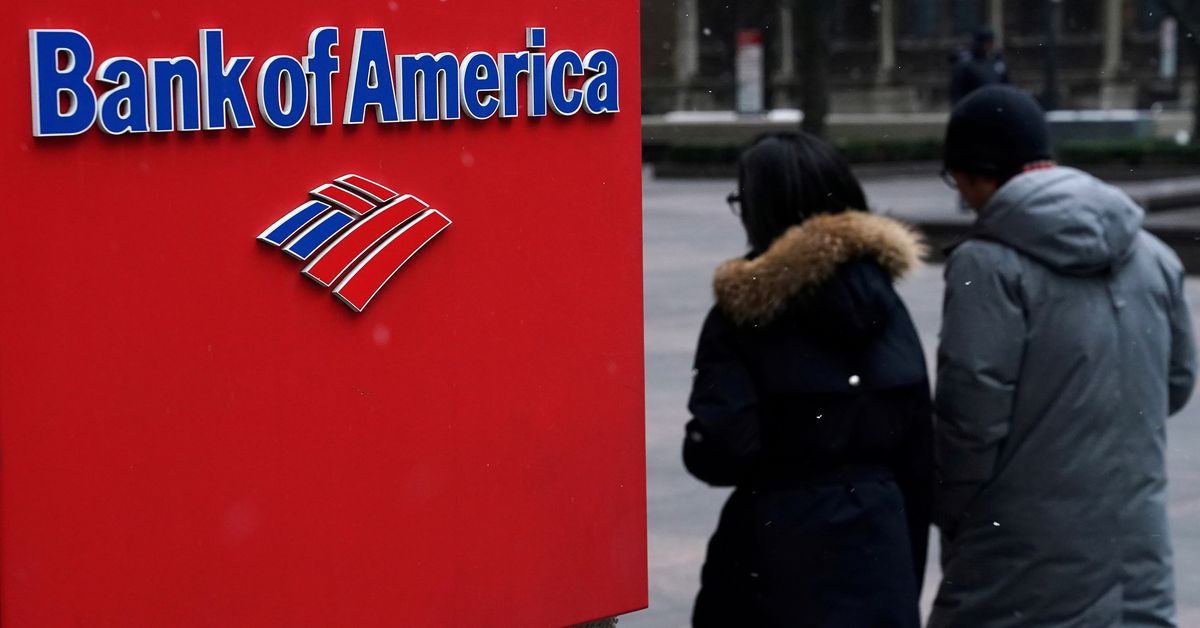 Oct 14 (Reuters) – Bank of America Corp (BAC.N) beat estimates for third-quarter profit on Thursday, as it released reserves of $1.1 billion and recorded strong growth in its lending and equity-trading divisions.

Analysts on average had expected a profit of 71 cents per share, according to the IBES estimate from Refinitiv.

Net interest income (NII), a key measure of how much banks make from lending, rose nearly 10% to $11.09 billion.

“Deposit growth was strong and loan balances increased for the second consecutive quarter, leading to an improvement in net interest income even as interest rates remained low,” Chief Executive Officer Brian Moynihan said in a statement.

Bank of America had set aside tens of billions of dollars last year to cover possible loan defaults, which it has steadily been releasing as the economic outlook improved.

Because of the composition of its balance sheet, BofA is most sensitive among large U.S. banks to changes in interest rates.