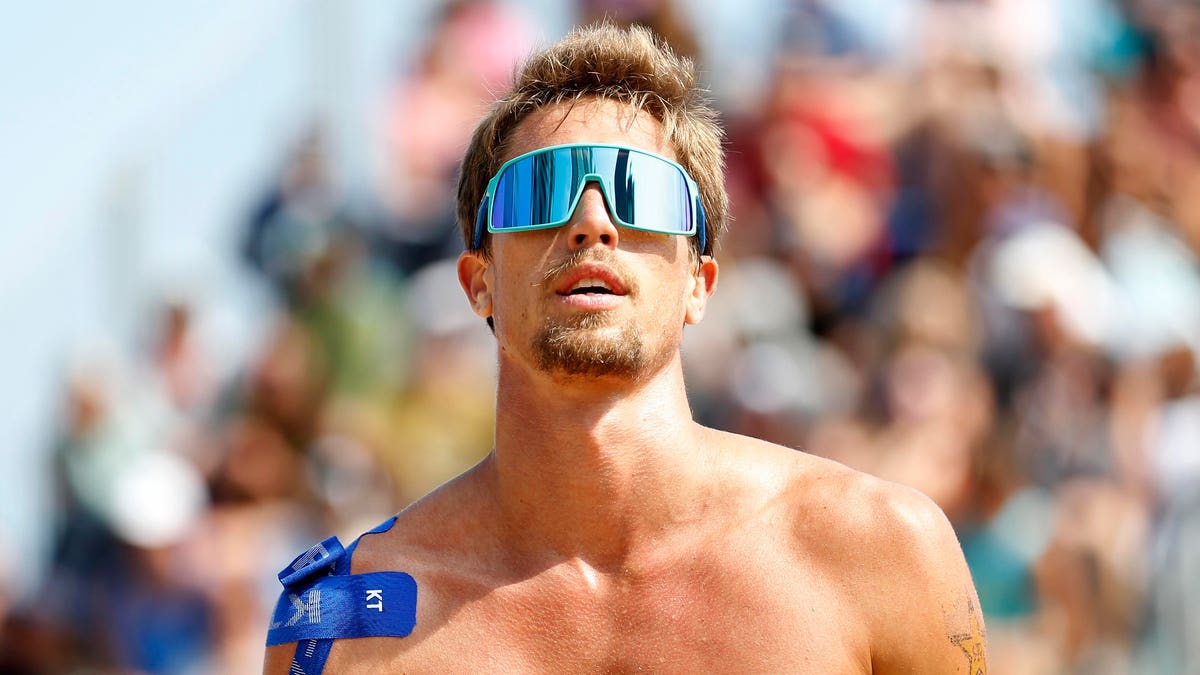 U.S. Olympic men’s beach volleyball player Taylor Crabb has tested positive for Covid-19, multiple outlets report, the latest in a string of athletes from the U.S. and around the world to contract the coronavirus as the Tokyo Olympics get underway despite concerns about the public health risk they might pose.

USA Volleyball said in a statement that an unidentified player had tested positive, which NBC News and the Southern California News Group have confirmed is Crabb.

Crabb was due to play in the Olympics after being suspended twice by USA Volleyball for misconduct involving minor-aged women, and the Register reports he was only allowed to participate in the Summer Games after an arbitrator reduced a suspension that was due to run through September.

It is unclear whether Crabb had been vaccinated against Covid-19 or is experiencing symptoms, though his brother Trevor Crabb told NBC4 Los Angeles the volleyball player was “fine and healthy and should be allowed to play in my personal opinion.”

Czech beach volleyball player Ondrej Perusic has also tested positive for Covid-19, as have a growing number of other foreign players including Chilean athlete Fernanda Aguirre and Dutch skateboarder Candy Jacobs, who were the most recent to test positive for Covid-19 on Wednesday.

79. That’s the number of Covid-19 cases connected to the Olympics as of Wednesday, the Associated Press reports.

World Health Organization director general Tedros Adhanom Ghebreyesus noted Wednesday Covid-19 infections at the Olympics would be inevitable, saying: “The mark of success in the coming fortnight is not zero cases.” “The mark of success is making sure that any cases are identified, isolated, traced and cared for as quickly as possible and onward transmission is interrupted,” Tedros said at an International Olympic Committee (IOC) meeting.

Olympic athletes are not required to be vaccinated against Covid-19 in order to compete, though it is encouraged and the IOC predicts more than 80% of athletes will be fully vaccinated. Several of the confirmed Covid-19 cases at the Olympics so far have been athletes that were fully vaccinated, including Eaker and Samuelson. Covid-19 vaccines are broadly protective against the virus, including the highly transmissible Delta variant now spreading worldwide, but breakthrough infections–which are typically mild, as the vaccines are highly effective against severe illness and death–are possible if rare.

The potential spread of Covid-19 has long been a fear at the Tokyo Olympics, which are now taking place after a year-long delay. Stringent health and safety protocols will be in place at the games, including largely banning spectators entirely, but public health experts have continued to raise concerns about holding the Olympics amid the pandemic and whether the IOC’s health measures will be sufficient at preventing widespread transmission. The head of the Tokyo 2020 organizing committee said Tuesday organizers had still not entirely ruled out the possibility of canceling the games should infections spike, but Olympic competition is now already underway ahead of the opening ceremony on Friday.

U.S. Olympic Gymnast One Of Growing Number Of Tokyo 2020 Athletes To Test Positive For Covid-19 (Forbes)