Biden Sanctions Cuban Officials In Retaliation For Jailing Of Protesters 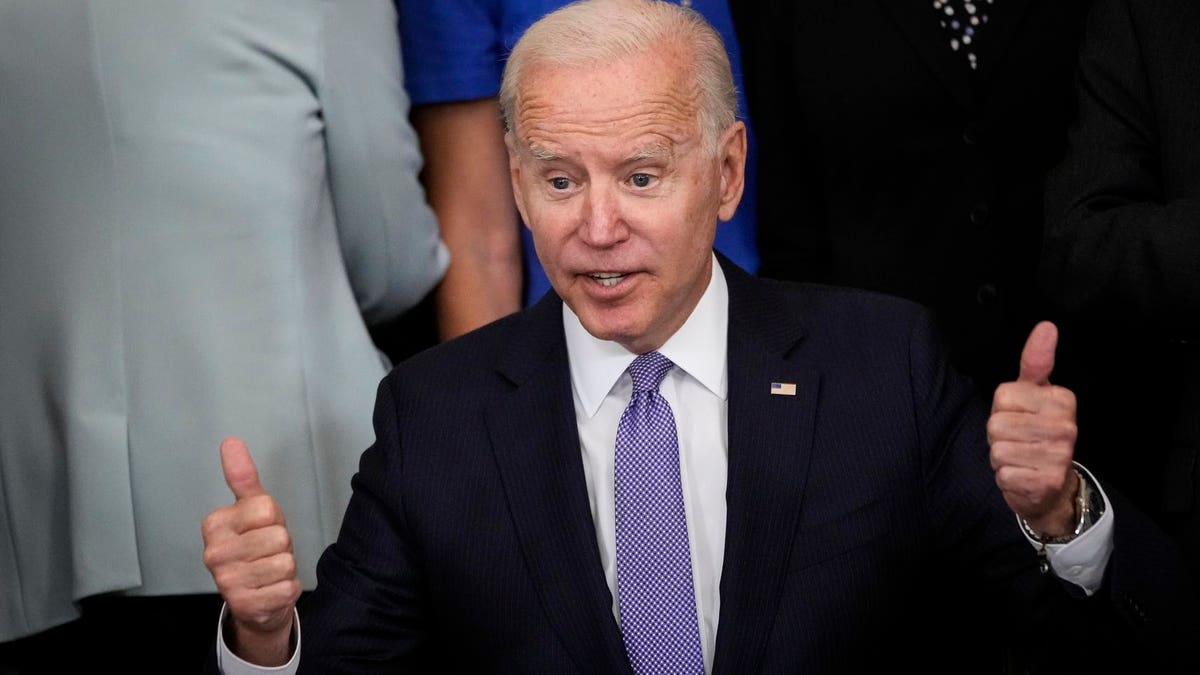 President Joe Biden on Thursday sanctioned a Cuban official and a military special forces unit in response to the regime’s crackdown on protesters who led mass demonstrations against the government over chronic medicine and food shortages earlier this month.

WASHINGTON, DC – JULY 22: Surrounded by bipartisan members of Congress, U.S. President Joe Biden … [+] gives a thumbs up after signing the VOCA Fix to Sustain the Crime Victims Fund Act of 2021 into law in the East Room of the White House on July 22, 2021 in Washington, DC. The law adds a new source of revenue for the Crime Victims Fund and makes changes to formula grants supported by the fund. (Photo by Drew Angerer/Getty Images)
Getty Images

The new sanctions target Alvaro Lopez Miera, the head of Cuba’s Ministry of Defense, and the National Special Brigade of the Ministry of the Interior, commonly known as the “black berets,” a Cuban military special forces unit.

The sanctions block U.S. entities from sending or receiving payments to and from Lopez Miera and the black berets.

Biden–who warned Thursday the punishment was “just the beginning”–sanctioned the regime officials under the Magnitsky Act, a law passed in 2012 that allows the U.S. government to sanction specific individuals who commit human rights abuses.

In a statement, Biden blamed Miera and the black berets for carrying out the “repression of peaceful, pro-democratic protests in Cuba that began on July 11.”

Biden also stated his administration was working with local organizations to “provide internet access to the Cuban people that circumvents the regime’s censorship efforts.”

Cuba’s foreign minister Bruno Rodriguez Parrilla slammed the “unfounded and slanderous accusations” against Lopez Miera and the black berets in a statement on Twitter, calling on the White House to apply the Magnitsky Act against “themselves” for the “daily acts of repression and police brutality” in 2020 (former President Donald Trump–not Biden–was in the White House in 2020.)

“I unequivocally condemn the mass detentions and sham trials that are unjustly sentencing to prison those who dared to speak out in an effort to intimidate and threaten the Cuban people into silence,” Biden said.

Demonstrators poured into the streets in more than 40 cities across the country on July 11 and 12 to protest the nation’s deteriorating living conditions. Cubans have faced intermittent power outages, and a scarcity of basic goods. Hundreds of demonstrators have been arrested, and the Cuban government has promised to levy disorder and disobedience charges against those who engaged in violence or vandalism. Biden faced pressure from Democrats and Republicans in Florida to retaliate against the Cuban regime following the crackdown on protesters. However, the uprising has put Biden in a difficult position within his party, as some progressives want the president to reverse former President Donald Trump’s sanctions on the island. Trump initiated sanctions against Cuba in 2017 in a stark reversal to the steps taken by his predecessor, former President Barack Obama, to normalize relations with the country. The Cuban government has since blamed Trump’s sanctions for the island’s economic troubles, and Biden has kept the sanctions in place. Experts say the Trump sanctions have played a part in the country’s economic woes, along with the pandemic and the reduced support from Venezuela, which has traditionally supplied cheap oil to the island.

Some Republicans have used the crisis as a moment to attack Biden for wavering in his support for the protesters. On Wednesday, Gov. Ron DeSantis (R-Fla.), a possible 2024 GOP presidential candidate, accused Biden of “basically…doing nothing” to help the Cuban protesters in an interview with Fox News’ Sean Hannity. Hannity, who hosted his show from Miami, slammed Biden for exhibiting “great cowardice” towards Cuba, going as far to question, “What is the Biden doctrine? To kiss the ass of every single, solitary dictator in the world?”

Biden added his administration would work towards restaffing the U.S. embassy in Havana “to provide consular services to Cubans and enhance our ability to engage with civil society, while ensuring the safety of U.S. diplomats serving in Cuba.” In 2016, the U.S. scaled back presence at the embassy after multiple officials complained of so-called “Havana Syndrome,” a strange, unexplained medical condition that involved dizziness and headaches. Last year, the National Academies of Sciences, Engineering and Medicine said the “most plausible” explanation” is microwave radiation and officials have suggested the condition is the result of an international attack.