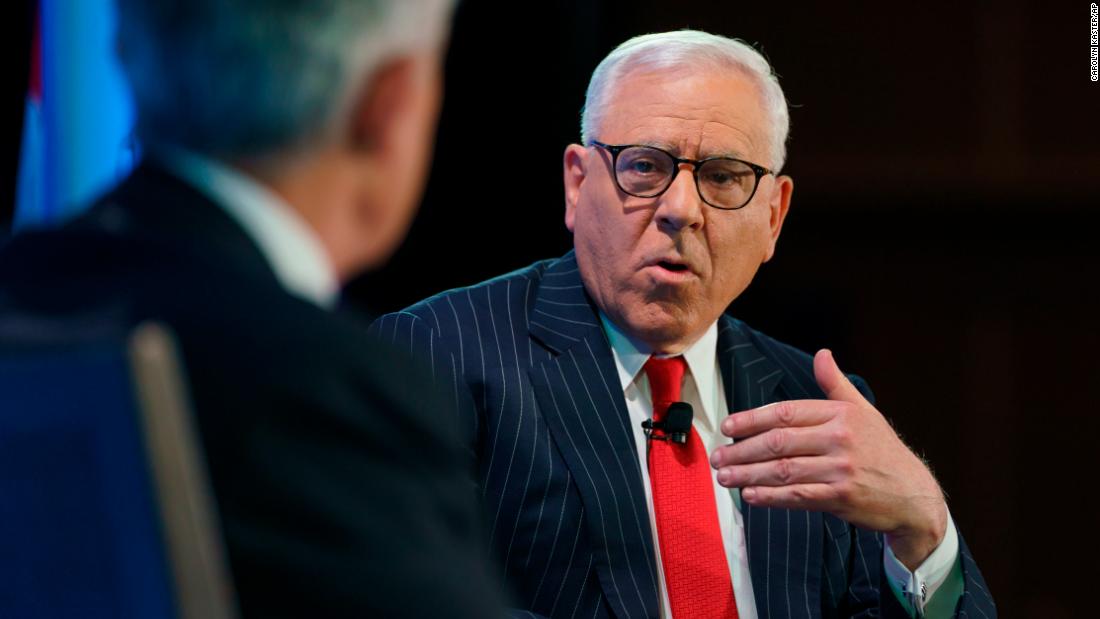 share this article!
“We should take a serious look at eliminating the debt limit. No other country in the world — none, zero — has a debt limit,” Rubenstein, the co-founder of private equity giant Carlyle Group, exclusively told CNN on Monday. “Why do we need a debt limit? We don’t need a debt limit.”
Treasury Secretary Janet Yellen warned lawmakers last week that the federal government will most likely run out of cash and extraordinary measures next month unless Congress raises the debt limit.
Economists and CEOs have warned a default, though unlikely, would be an unmitigated disaster — and one that would hurt millions of everyday Americans.
“A failure to raise the debt limit would have serious negative consequences,” Goldman Sachs economists wrote in a report to clients Monday titled “The debt limit looks riskier than usual.”
Read More
The Wall Street bank added that if Congress does not raise the debt limit in time, the Treasury Department would need to halt more than 40% of expected payments — including some to households.
“It’s just an antiquated way to run the government of the United States,” Rubenstein said during an interview from the sidelines of the SALT hedge fund conference in Manhattan. “If it were eliminated, it wouldn’t change anything economically. It would probably eliminate a lot of political aggravation every time it comes up.”
After a close-call during a 2011 debate over raising the debt ceiling, S&P Global Ratings downgraded America’s AAA credit rating for the first time ever. The episode triggered turbulence in financial markets and led to sharp federal government spending cuts that slowed the economic recovery.
Republican Senate Minority Leader Mitch McConnell has said GOP lawmakers won’t vote to raise the borrowing limit.
“It is unfortunate that those people that wanted the debt limit to be lifted last time are now against it,” said Rubenstein, who today is the non-executive chairman of Carlyle. “It’s a sad situation.”
The debt limit doesn’t restrict how much money the federal government can spend, it only limits how much it can borrow.
Congress has always restricted federal debt, according to the Congressional Research Service. The form of the restrictions varied over the years and a general limit on federal debt was imposed in 1939.
Goldman Sachs described two routes Democratic leadership in Congress can take to raise the debt limit this time, adding “neither is easy.”
Without Republican support, Democrats could use the reconciliation process to raise the debt ceiling, though that route would face procedural and “political disadvantages,” the report said. Goldman Sachs said the more likely option would be to attach a debt limit suspension to upcoming spending legislation, though “this might not succeed and could lead to a government shutdown.”