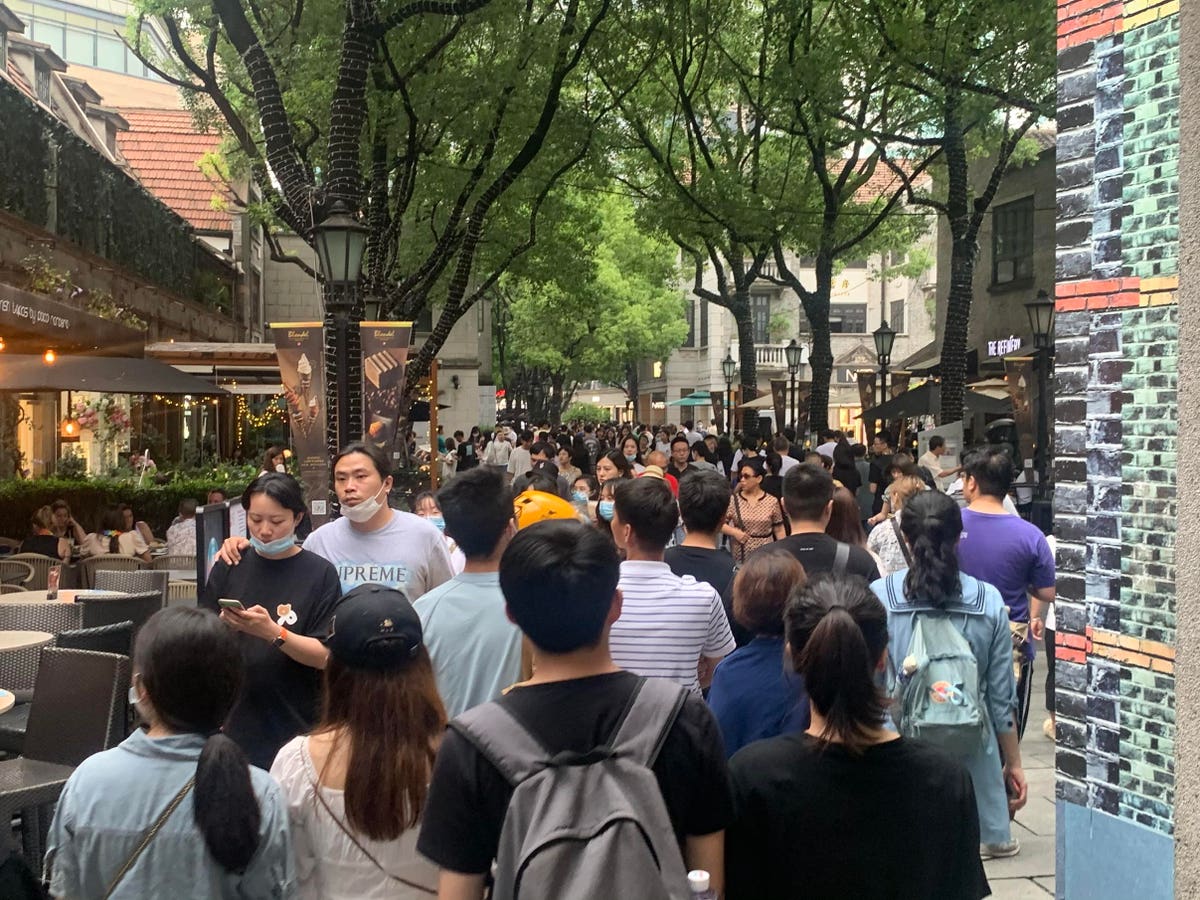 Shanghai’s trendy Xintiandi nightlife district has been a magnet for city visitors for more than two … [+] decades.
Russell Flannery

Shui On Land, the Hong Kong real estate development company controlled by billionaire Vincent Lo, has submitted an application to the Hong Kong Stock Exchange to spin off and separately list 13 commercial investment properties that include Xintiandi, an iconic Shanghai tourism district.

Xintiandi, an adjoining lake and an adjacent park are part of a larger development area called “Taipingqiao” launched in 1996 by Hong Kong developer Shui On Land. Its 22-blocks are part of a swath of central Shanghai popular among Hong Kong developers in the 1990s when the city was in the early phase of the country’s post-Mao economic boom. The then dilapidated residential area covered with distinctive “longtang” residences and “shikumen” stone-framed gates has become been a trendy, award-winning landmark since its completion in 2001. Thousands of visitors pass daily by area retail shops that include Burberry, Sephora, Tom Ford, Swatch, Lululemon, Tesla and Bose.

Lo’s family is one of Hong Kong’s most successful business clans. Vincent is worth $1.9 billion on the Forbes Real-Time Billionaires List today.

Next Generation Leadership In The Spotlight For Xintiandi, Shui On Land