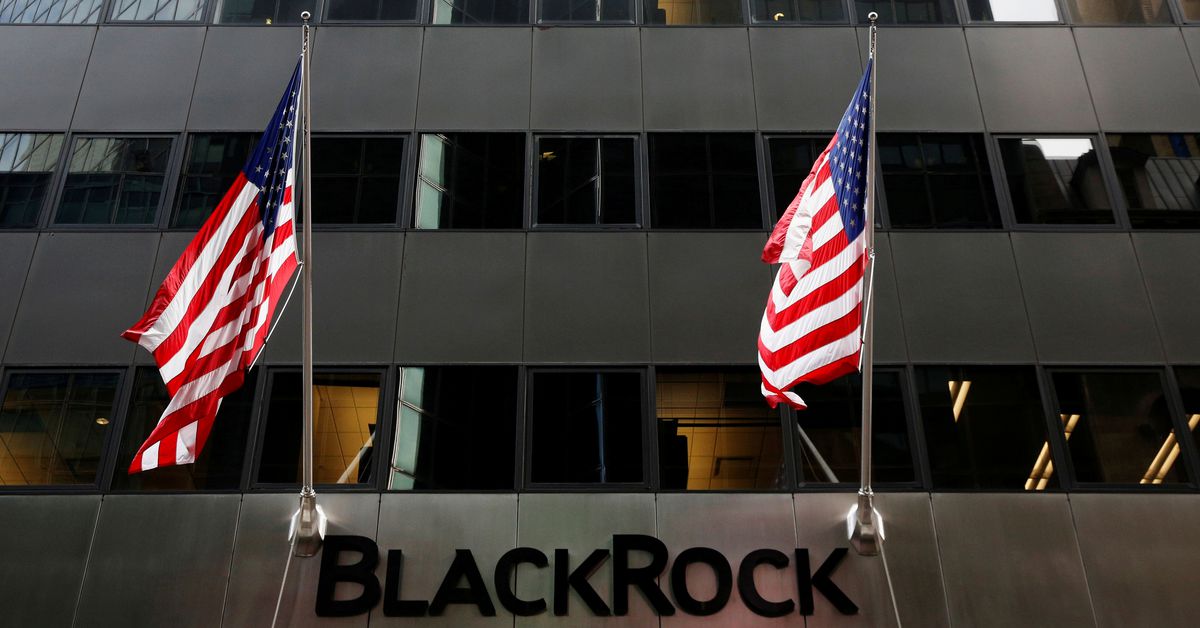 The BlackRock logo is seen outside of its offices in New York City, U.S., October 17, 2016. REUTERS/Brendan McDermid

BlackRock ended the past quarter with $9.46 trillion in assets under management, up from $7.81 trillion from a year earlier.

Asset managers have benefited from rising global financial markets in recent quarters as investors put money to work to make the most of the post-pandemic economic reopening, driven by progress on vaccinations and strong fiscal and monetary aid.

Analysts on average were expecting the company to report a profit of $9.35 per share, according to IBES data from Refinitiv.