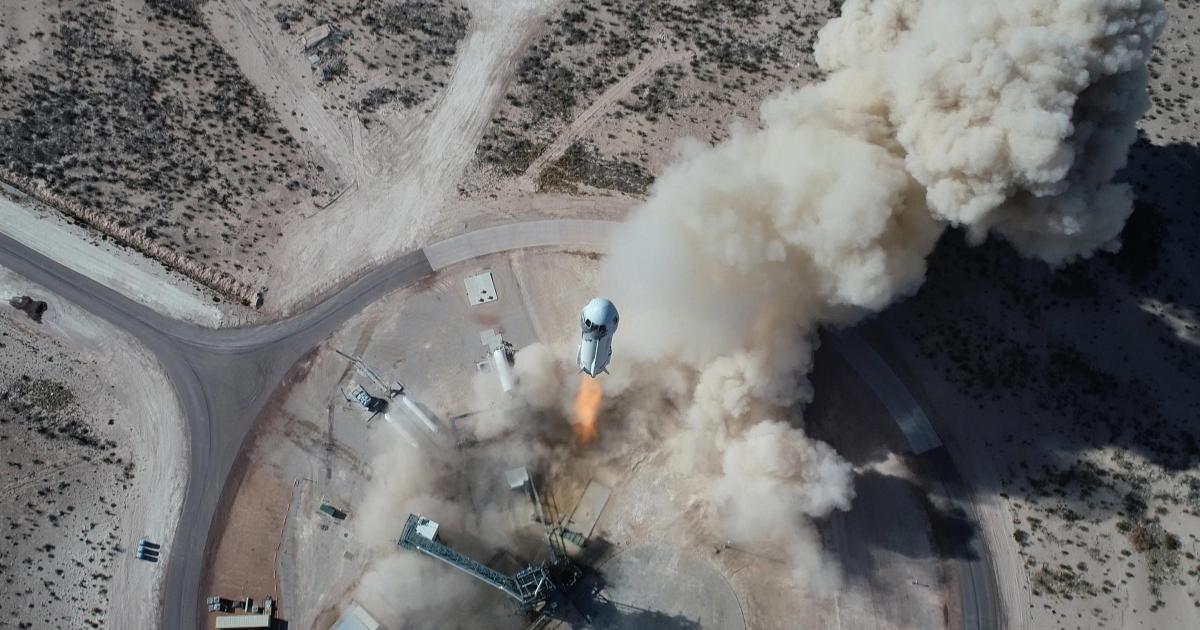 What Happened? Bezos and his brother Mark Bezos rode to space aboard the New Shepard rocket Tuesday morning, the first crewed mission by Bezos’ Blue Origin.

Why It’s Important: From a historical perspective, Bezos’ journey set several records. Bezos, who is the world’s wealthiest man with an estimated net worth of $203.7 billion, is now the wealthiest man ever to travel to space. In addition, New Shepard passengers Wally Funk (age 82) and Oliver Daemen (age 18) became the oldest and youngest humans ever to travel to space.

From an investing standpoint, the trip is a key step in Blue Origin’s progress towards commercial spaceflight. Blue Origin is a private company. Virgin Galactic shares traded lower by 6.7% on Tuesday morning. Virgin stock has now dropped by 39% since Branson completed his flight earlier this month.

After floating in microgravity for a few minutes, Bezos successfully floated back down to Earth in the rocket’s capsule via parachutes.

Benzinga’s Take: For now, the billionaire space race is all about milestones and media, but Virgin Galactic, Blue Origin and SpaceX are all hoping to eventually operate profitable commercial spaceflight businesses. Despite virtually no revenue and a $644 million net loss in 2020, Virgin Galactic has a $7.2 billion market cap, suggesting investors have high hopes for the future of the industry.

Given Musk’s media prowess, investors can expect him to follow Branson and Bezos into space as quickly as safely possible to grab some headlines for SpaceX as well.