Board Members, Billionaires And A Journalist: Here’s Who Elizabeth Holmes’ Lawyers Could Call To Testify 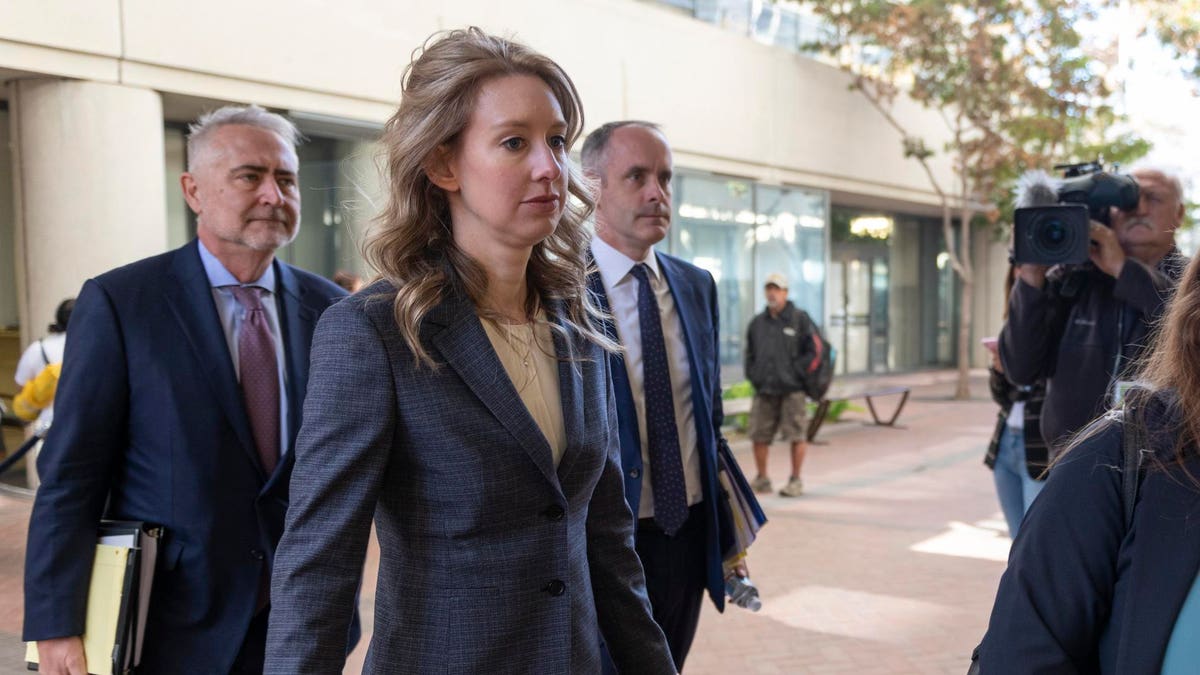 Lawyers representing embattled Theranos founder Elizabeth Holmes have submitted a list of dozens of witnesses who could be called to testify in her defense at her trial beginning Wednesday, adding numerous high-profile board members, former employees and even the journalist who sparked her downfall to an already star-studded roster of potential witnesses outlined by the prosecution.

Holmes’ team submitted over 50 names, including 12 that were redacted, in a filing late Tuesday, emphasizing that the list may be supplemented depending on what happens at the trial.

Among those who could be called to the witness stand is Holmes herself, who is maintaining the option to plead her own innocence to the jury.

Riley Bechtel, a construction billionaire who pumped over $6 million into Theranos, is also on the preliminary list, alongside Sue Desmond-Hellman, the former CEO of the Bill and Melinda Gates Foundation, though her connection to Holmes is not immediately clear.

Holmes’ defense team has tapped numerous members of the federal health bodies that reviewed Theranos’ technology to possibly testify at trial as well, such as former Food and Drug Administration head Alberto Gutierrez.

Some of the more surprising names on the list are three of the prosecutors leading the case against Holmes and the former Wall Street Journal reporter who penned the 2015 articles that first raised doubts about Theranos’ technology.

“[The] strategy seems clear,” said the ex-WSJ journalist, John Carreyrou, who has also produced a podcast and written a book about Holmes’ case, of the defense team’s selections. “They’re going to argue to the jury that this was a witch hunt.”

The potential witnesses highlighted by the defense compound those already named by the prosecution, whom Holmes’ legal team may also choose to call on. The prosecution’s list, which was over 200 people long, included other Theranos-linked power players like former Secretary of State Henry Kissinger, one of the company’s board members, and media mogul Rupert Murdoch.

Opening arguments begin Wednesday in Holmes’ trial, which is expected to last between three and four months total.

Holmes, now 37 years old, faces a total of 12 charges–two counts of conspiracy to commit wire fraud and 10 counts of wire fraud–for allegedly engaging in a multimillion-dollar scheme to deceive investors, doctors and patients from 2010 to 2016 alongside Theranos’ former COO Ramesh “Sunny” Balwani, with whom she was romantically involved. If found guilty, they could be sentenced to up to 20 years in prison and hit with a $250,000 fine, in addition to restitution, for each count. Holmes and Balwani have both pleaded not guilty and are standing trial separately (Balwani’s trial is set to begin January 2022).

Holmes skyrocketed to fame nearly a decade ago and was hailed as a visionary for Theranos, a company she founded at age 19 while she was still a student at Stanford University. Setting the lofty goal of revolutionizing healthcare, Holmes said she had the technology to create blood tests that would be able to run hundreds of diagnostics on diseases ranging from cancer to diabetes using just a small drop of patients’ blood. She attracted a litany of high-profile investors who pumped more than $700 million into the company and also struck partnerships with Walgreens, Cleveland Clinic, Capital BlueCross and more from 2013 to 2015. A media darling, she appeared on the covers of most major magazines and was declared America’s youngest self-made female billionaire by Forbes in 2015 after Theranos was valued at $9 billion. The momentum was abruptly broken later that year when the Wall Street Journal published a series of investigations calling into question the effectiveness of Theranos’ blood testing machines, which it discovered were giving patients incorrect diagnoses. This catalyzed a fall from grace that led to the dissolution of the business in September 2018 and Holmes’ estimated net worth falling to $0, according to Forbes.

“Elizabeth Holmes’ Trial Starts This Week–Here’s What To Know About Her Charges, Defense Strategy And More” (Forbes)