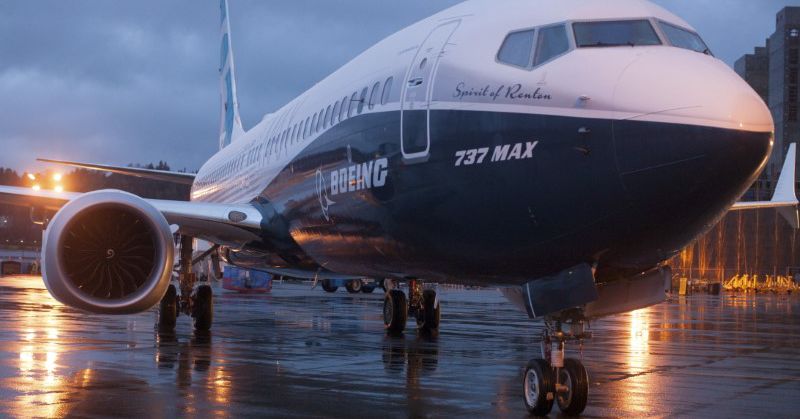 SEATTLE, Sept 14 (Reuters) – Boeing Co (BA.N) said on Tuesday it handed over 22 airplanes to buyers in August as revived domestic travel fuels 737 MAX deliveries, and received orders for seven 787s even as the program for that jet remains hobbled by industrial defects.

The closely watched monthly orders and deliveries snapshot comes as Boeing bids to recoup billions of dollars in lost sales from the coronavirus pandemic, and move beyond the safety scandal caused by two fatal 737 MAX crashes.

Of the 22 jetliners handed over to airlines and other buyers last month, 14 were 737 MAX jets and two were P-8 maritime patrol aircraft. The remaining six jets were widebodies, including three KC-46 tankers for the U.S. Air Force.

For the year to date, Boeing has delivered 206 aircraft.

European rival Airbus (AIR.PA) delivered 40 jets in August to bring supplies of its new jets to 384 since the start of the year, remaining broadly on course to meet an annual goal of 600 deliveries, which would preserve its crown as the No. 1 aircraft manufacturer.

Through the end of August, gross orders for Boeing aircraft totaled 683, up 53 from July. Factoring in canceled orders or instances where a buyer converted an order to a different model, Boeing sold 280 aircraft.

Airbus by comparison sold 269 planes in the first eight months of the year, or 132 after cancellations.

Deliveries are financially important to planemakers because airlines pay most of the purchase price when they actually receive the aircraft.

Through August, Boeing had delivered 169 of its best-selling 737 MAX jets since that aircraft returned to service in late 2020 following a nearly two-year safety ban after the fatal crashes.

Crucially, Boeing has virtually eliminated a stockpile of up to 200 unwanted jets known in the industry as “white tails,” left by the 737 MAX crisis, according to industry sources.

Boeing is also dealing with structural defects in its bigger, more profitable 787 planes, which have caused it to cut production and halt deliveries.

On aircraft sales, Boeing said it received orders in August for 53 aircraft, including 35 of its 737 MAX jets, and 18 of its larger widebody aircraft.

Those include 11 777 freighters – one for FedEx Corp (FDX.N) and 10 more from a buyer or buyers Boeing declined to identify.