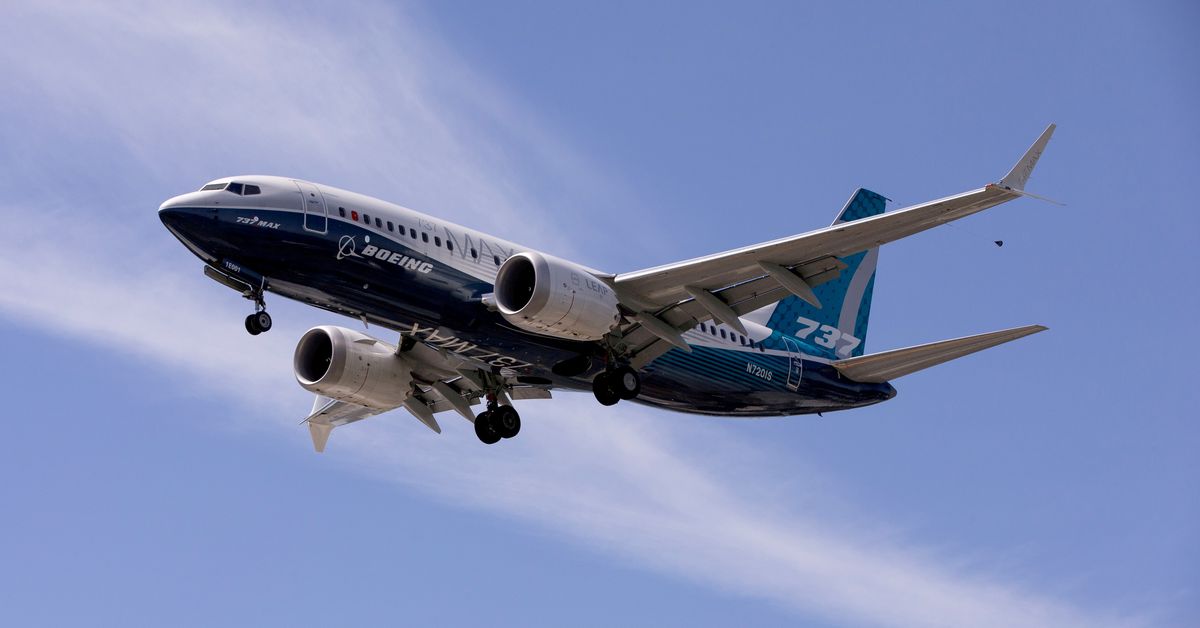 Sept 14 (Reuters) – Boeing (BA.N) revised up long-term demand forecasts on Tuesday, as a snapback in commercial air travel in domestic markets like the United States tempers the more gloomy industry predictions seen at the height of coronavirus lockdowns last year.

The rosier view underpins moves by the aerospace giant to prepare for growth in travel demand and military services, even as its own ability to respond to the brighter outlook remains hampered by industrial delays and the lingering 737 MAX crisis.

The U.S. planemaker, which dominates jet sales together with Europe’s Airbus (AIR.PA), forecast 43,610 commercial jet deliveries over the next 20 years worth $7.2 trillion, an increase of 500 units from the 43,110 projected a year ago.

On a shorter 10-year view, which is more sensitive to the severe fallout on airlines from the COVID-19 pandemic, Boeing sees 19,330 deliveries, up from last year’s forecast of 18,350.

The 10-year projection is 6% shy of the forecast it published in 2019, but the drop from pre-crisis levels has narrowed from 11% a year ago.

“One of the strongest reasons for confidence is how quickly we have seen a bounce-back in domestic travel in the last 12 months,” Boeing Chief Strategy Officer Marc Allen told reporters.

Boeing sees domestic flying at pre-crisis levels in 2022 followed by regional traffic in 2023 and international in 2024.

Demand for airliners is seen as a bellwether for the wider economy. Boeing raised its assumption for average annual global economic growth to 2.7% from 2.5% from last year’s forecast.

Boeing and other planemakers are predicting that environmental pressure and COVID-19 will accelerate the retirement of jets, leaving room for new planes in the market.

But several analysts have raised concerns about the unpredictable spread of coronavirus variants and ongoing travel restrictions, even as vaccination rates steadily increase.

Boeing’s forecast for annual passenger traffic growth was unchanged at 4%, although the growth rate has edged lower since 2015 from the once-reliable 5% as a record aviation boom peaked.

Over the next decade, Boeing sees demand for $9 trillion of goods and services in the full array of markets it operates in, from freighters to fighters, up from $8.7 trillion a year ago.

Its defense and space forecast is flat at $2.6 trillion.

The shift of emphasis toward services comes as mounting budget pressures are expected to limit arms spending and further prolong the use of systems already in the U.S. arsenal. Boeing last year began delivering refurbished and modified F/A-18 jets.

Boeing slightly increased its 20-year forecast for deliveries of twin-aisle models like its 787 Dreamliner and the Airbus A350 to 7,670 jets, up from 7,480 previously.

Boeing is currently grappling with a halt in 787 deliveries due to production problems, cutting off a key source of cash.

Boeing also cut its 20-year forecast for freighter demand to 890 jets from the 930 it projected a year ago.

Demand for freighters has soared during the pandemic as shippers sought alternatives to the belly space of passenger jets, left on the ground due to weak travel demand. Both Boeing and Airbus are proposing to develop new all-cargo planes.

Reporting by Eric M. Johnson in Seattle and Tim Hepher in Paris; Editing by Edmund Blair