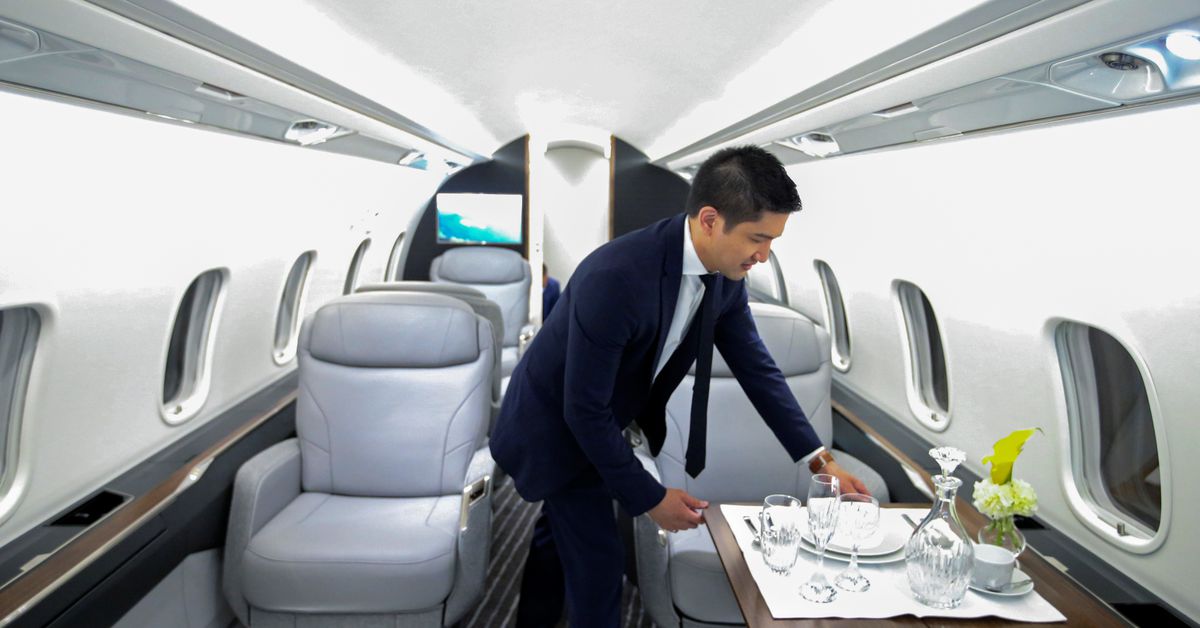 MONTREAL, Sept 14 (Reuters) – Bombardier (BBDb.TO) on Tuesday unveiled an upscale variant of its strong-selling Challenger 350 business jet, as the planemaker vies to protect its dominant market share and capitalize on higher demand for private flying during the pandemic.

The refreshed variant, named Challenger 3500, seats up to 10 passengers and comes with voice-controlled cabin systems like lighting, and a smaller version of the chaise lounge seats found on Bombardier’s flagship Global 7500.

The Challenger 3500, expected to enter service in the second half of 2022, will list for $26.7 million, the same price as the 350, Chief Executive Eric Martel said in an interview.

While Bombardier has focused on paying down debt after facing a cash crunch in 2015, it faces pressure to refresh the Challenger in a market where wealthy buyers demand the latest features.

During the pandemic, health has risen to the top of concerns of the targeted elite, alongside security and privacy, underpinning demand for private jets.

Martel said the changes would help Bombardier keep the Challenger’s more than 50% market share in the super-midsized segment which bridges small corporate planes and long-range aircraft that can seat 19.

“We’re raising the bar in that category,” he said, adding that cabin features are key for Challenger customers.

Spending on the new 3500 variant is contained within the company’s expected capital expenditures of $200 million to $250 million, Martel said.

A mockup of the jet, Bombardier’s first update of the Challenger 300 family since the 350’s entry-into-service in 2014, was on display at a virtual event, confirming a Reuters report on Monday about the launch. read more

Bombardier said the mockup will be on display next month in Las Vegas at the business jet industry’s largest air show.

Following the announcement, Martel said Bombardier is weighing potential major options for its aftermarket division, along with large-cabin Global and Challenger 650 business jets.

Reporting By Allison Lampert in Montreal; Editing by Stephen Coates