Boris, Brexit And The Winter Of Discontent 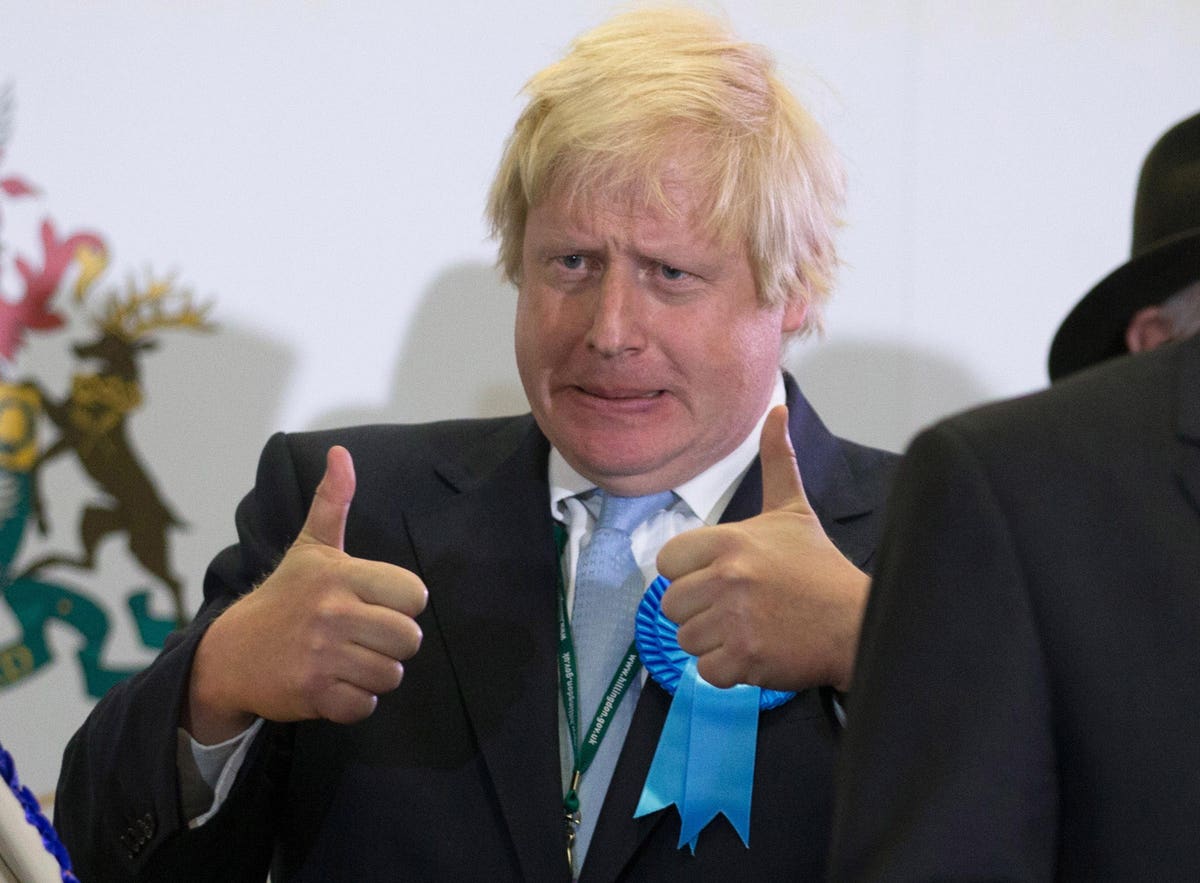 UXBRIDGE, ENGLAND – MAY 08: (Alternate crop of #472458768) Boris Johnson, Conservative candidate … [+] for Uxbridge celebrates on stage following his win as he attends the count at Brunel University London on May 8, 2015 in Uxbridge, England. The United Kingdom has gone to the polls to vote for a new government in one of the most closely fought General Elections in recent history. With the result too close to call it is anticipated that there will be no overall clear majority winner and a coalition government will have to be formed once again. (Photo by Matt Cardy/Getty Images)
Getty Images

After an absence of over eighteen months, I made it across the Channel to the UK. Such has been the barrage of Brexit bad spirit from political marauders like David Frost and tales of fuel, labour and food shortages, not to mention rising COVID cases, have been so apocalyptic that I worried I might not make it through the Channel tunnel. Thus, expecting to perform a Bond like infiltration behind enemy lines, I, passenger locator form between my teeth, turned up early at the Gare du Nord Eurostar terminal.

The great surprise was that the trip through both passport controls took a total of three minutes, tribute less to my Bond style skills of evasion but more to the robots manning UK passport control. This speedy passage set me wondering whether the UK’s budding Winter of Discontent is just a political mirage or, as some hold, a building economic catastrophe.

Price of a pint

My own experience, limited to central London, was that prices were considerably higher than I could remember, staff shortages were evident across the board (coffee shops closed early, a restaurant booking was cancelled because of lack of staff, and the passport control at St Pancras exit poorly manned). Plenty of anecdotes were passed to me regarding petrol shortages and general blockages in freight and goods.

In the markets, short term bond rates (two year gilts) have rocketed from 0% to 0.60%, investors are pricing in very high inflation in swap markets together with a rate increase this year from the Bank of England. Taken together, it does not auger well for post-Brexit Britain, and I suspect that as winter approaches, more and more commentators will trot out the ‘Winter of Discontent’ headline.

There are appealing parallels between the situation today and that of the late 1970’s ‘Discontent’.

For example, a lorry driver strike during the winter of ’78/’79 is matched by the current Brexit induced lorry driver shortage, and in the 1970’s food shortages and high inflation led to misery (though far more pronounced than today).

Famously in early 1979 the then prime minister Jim Callahan returned from an international political summit in the Caribbean, joked about having swum in the warm sea there and then blamed the media for exaggerating the chaos gripping Britain. The next day he was greeted by a headline in the Sun that went ‘Crisis, What Crisis?’ and thus his political demise accelerated. Fittingly, Boris Johnson has spent much of the week in Marbella, though so far, he has the media on his side.

He and colleagues will blame inflation and shortages on international supply chain issues, though he has so far done a very poor job of mastering and marshalling the economic side effects of Brexit. The fact that Northern Ireland has had far fewer supply chain and labour market issues, and has seen trade with the Republic pick up noticeably, suggests that Brexit rather than global supply chain problems are provoking discontent in England.

The lesson I take from the late 1970’s winter of discontent is that it produced a political revolution – Callahan, the unions and the Labour party were discredited, and this prepared the ground for Margaret Thatcher to come to power. In that light the question is whether, following the shock of Brexit, another political revolution is brewing.

Two avenues present themselves – there is much chatter about Boris Johnson’s reluctance to remain in Downing Street for long, and the Labour party has shown itself incapable of scoring into the open goals that the post Brexit environment has provided. This opens up the way for new leaders to come through on the left and centre – though I am hard pressed to identify many candidates.

Having written much about the rigidity of the two-party system in the UK, and the failure of political entrepreneurship (a few recent initiatives to launch new political parties have fizzled out). If there are to be revolutions I suspect that the middle ground of the Tory party is one place to watch, the possibility that moderate parties in Northern Ireland like the Alliance and some independent candidates gain in popularity, and of course that Scottish independence reshapes the political dynamic and power of Britain.

While it would be tempting to conclude that Britain is a Brexit basket case, my long running theory is that politically Britain is a crucible for many of the forces that have driven globalization and that are now undercutting it. In that framework, Brexit was simply the first major rupture in the beginning of the end of globalization, and by extension, the rule is that what happens in Britain will later reverberate across other countries.

The risk then is that we have a global ‘winter of discontent’. There are some signs of this – coal prices have quadrupled in China, cargo ships are blocked up around the coast of the US where amongst other effects meat prices are rising, and Congress woman Alexandria Ocasio Cortez has been tweeting in favour of ‘Striketober’. The only comforting observation I have found is that the front page of the Economist talks of an energy crisis, which according to my ‘Economist frontpage’ rule of thumb, signals the end of the crisis.

The broad risk, to draw all of these strands together, is that the rise in prices of food, labour and energy proves to be more enduring than transitory. Central bankers have largely read prices rises as ‘transitory’, but a research paper from an important figure in the arcane world of central banking (Jeremy Rudd) suggests that central banks are complacent about inflation. If interest rates have to rise more quickly that households are ready for, a rise in the price of a pint of beer will be the least of our worries.