California Recall Election: Here’s What To Expect As Voters Decide Whether To Keep Gov. Gavin Newsom 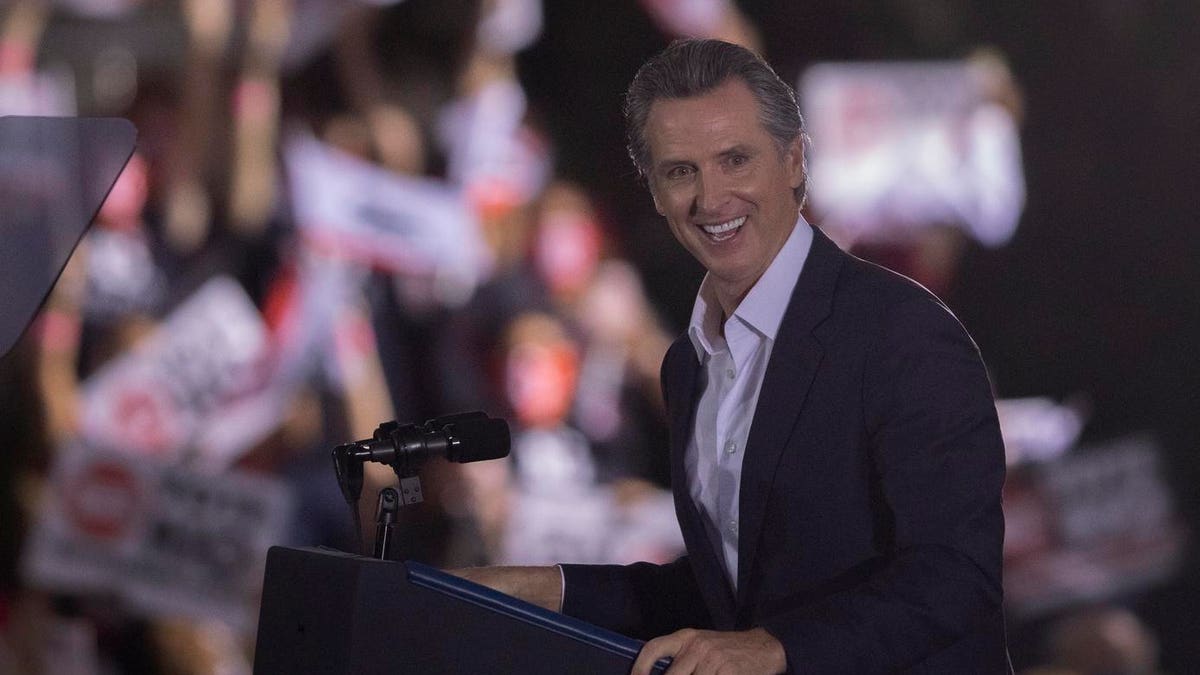 California voters will decide Tuesday whether Democratic Gov. Gavin Newsom should remain in office or be recalled–and potentially replaced with a far-right Trump supporter–and while polling indicates the governor is expected to remain in office, the results could be unknown for days as votes are counted.

California voters have been asked to vote on two questions: first, whether or not Newsom should be recalled and removed from office, and second, which candidate should replace him if he is.

Every voter in California has been mailed a ballot in the election that could be returned by mail or ballot box, and polling places will be open for in-person voting on Tuesday until 8 p.m. Pacific time.

After earlier polls showed a closer race due to projected low Democratic turnout, more recent polling has given Newsom a sizable lead, with between 55% and 60% of respondents supporting him staying in office in the most recent polls.

Should Newsom be recalled, polling shows the most likely candidate to replace him is conservative radio host Larry Elder, a Trump supporter who has vowed to get rid of the state’s Covid-19 restrictions like mask and vaccine mandates if he’s elected.

According to California-based firm Political Data, Inc., 39% of mail-in ballots had been returned as of Monday, with 52% of those ballots being from Democratic voters, 23% from Independents and 26% from Republicans, who are historically more likely than Democrats to vote in person.

Once the polls close at 8 p.m., how quickly the results will be announced will depend on how close the race is, as a closer result could take days to determine while a landslide victory for Newsom could be announced within hours. NPR affiliate CapRadio reports the results will come in three waves: the mail-in votes that came in before Election Day, which should be posted immediately after the polls close; the in-person votes, which could be more aligned against Newsom; and finally the mail-in ballots that are returned on or just before Election Day, which will take longer to count. California will count ballots that arrive in the mail up to a week after Election Day as long as they’re postmarked by Tuesday, and the vote must be tabulated within 30 days. In the event Newsom is recalled, his replacement would be sworn in once the vote is certified 38 days after the election, the California Secretary of State’s office notes, and would serve until the term expires on January 2, 2023.

“Voting no will be protecting California from Trump Republicans trying to block us from defeating this pandemic,” President Joe Biden said at a rally Monday night in support of Newsom. “You either keep Gavin Newsom as your governor, or you’ll get Donald Trump.”

How accurate the polls will be that show Newsom with a sizable lead, as the final result will likely ultimately depend on turnout and how many Democrats vote. Earlier polls had suggested higher enthusiasm among Republicans eager to kick out Newsom, which could potentially combat the fact there are far fewer Republicans in the state than Democrats. CNN notes the results in the last California governor recall election in 2003 were ultimately nine points off what the polling had projected. Gov. Gray Davis was recalled by a 10 point margin, while polling done two weeks before the election had predicted he would lose by 19 points. That being said, CNN also notes Republicans would need the polls to be off by a historic amount to ultimately succeed in ousting Newsom.

Elder and GOP allies like former President Donald Trump have already started alleging election fraud in the recall vote even before the votes have actually been tabulated–making claims which there is no credible evidence to support and likely setting up a contentious aftermath to the election if Newsom wins. Elder has said he intends to sue the state over the vote count if he loses, echoing Trump’s legal tactics following the presidential election, and the Sacramento Bee first reported the candidate’s website already has a form for voter fraud claims that calls to investigate the election–phrased as if the election results had already been announced. The website asks supporters to “join us” in “demanding a special session of the California legislature to investigate and ameliorate the twisted results of this 2021 Recall Election,” despite those results still not yet being clear.

Newsom’s recall election is the second the state has faced, after Davis was recalled in 2003 and was replaced by Arnold Schwarzenegger. Though efforts to oust Newsom predate the Covid-19 pandemic, Republicans’ efforts gained steam in light of the governor’s coronavirus restrictions and handling of the pandemic, particularly after Newsom held an indoor dinner that went against the state’s Covid-19 recommendations. The recall election was ultimately called in July after supporters of the effort gathered enough signatures to trigger a vote.

How Quickly Will Results Come In For California Recall Election? (CapRadio)

The chance of Gov. Gavin Newsom getting recalled is declining in California (CNN)

Newsom Likely To Survive Calif. Recall Election–And It Might Not Even Be Close, Poll Finds (Forbes)