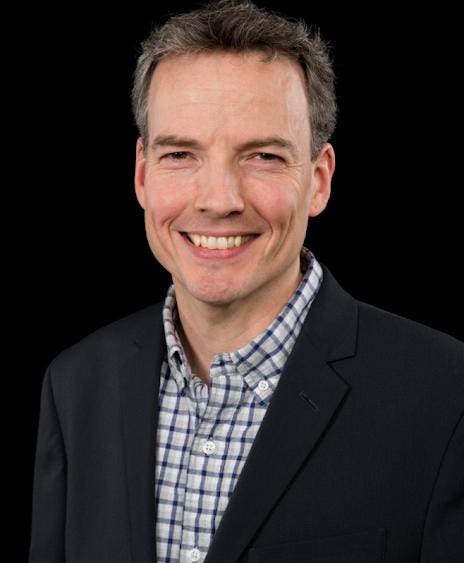 Capital One plans to hire 3,000 more technologists by the end of 2021, said Chris Nims, the bank’s SVP of technology.

Although some banks have trouble competing with Silicon Valley for the best technologists, Nims doesn’t expect that to be a problem for Capital One — the bank has a long reputation as a top technology player.

In a Glassdoor ad for a data scientist for machine learning/data privacy the bank wrote: “Data is at the center of everything we do. As a startup, we disrupted the credit card industry by individually personalizing every credit card offer using statistical modeling and the relational database, cutting edge technology in 1988!”

Capital One is the first financially regulated company that runs entirely in the cloud, Nims said.

Nims thinks Capital One will attract top talent because it runs a cloud-based business, and engineers want to work with the latest tech. The bank also operates its own Tech College.

“Capital One is known in the tech industry for investing in the growth of our engineers,” Nims said. “We encourage them to pursue AWS certifications, and not just engineers but others, like product folk. Given the fast pace of technology, the days of going to college for four years and thinking that then your education is done, is a thing of the past.

An Amazon’s case study said Capital One’s Tech College courses on cloud helped “the business executives and other non-technical stakeholders who needed to be able to understand and advocate for cloud computing’s transformational potential.”

Tech College provides opportunity to reskill and upskill, through both online and in-person instruction.

“Being known as a company that supports and encourages employees in pursuing lifelong learning and professional development is a big part of what helps us attract such talented people to work for us,” he said. “When we made the decision to go cloud-first, with AWS as our predominant cloud supplier, we also decided we would support all our associates in achieving any number of AWS certifications they want. As a result of that emphasis, we’re now in the top three of all enterprises globally for AWS certifications held by employees, and that’s something we’re really proud of.”

Capital One is all in on cloud, said Nims.

“In 2020 we closed our last data center. We have been on the massive digital transformation journey for the past several years to get out of data centers.”

The bank has developed the software to run in the cloud, including the management of the cloud infrastructure on AWS, and tools to support resilience.

“If AWS has an outage in a particular region I am confident that our apps will be up and running. We are doing a lot to automate and get away from rote tasks,” he said. “We want software engineers to spend time on things that are meaningful to the business.”

More than 75% of the expected 3,000 new hires will be engineers, he said, with expertise in areas such as cloud, data, machine learning (ML), artificial intelligence (AI) and security. Designing for mobile will also be a key area, he added, since online and mobile are increasingly popular ways that Capital One customers interact with the bank.

The bank decided 8 or 10 years ago that to compete it had to develop its own software.

“Before that, Capital One leveraged third parties to build apps, but the bank recognized the winners would be great tech companies with the risk management skills of a leading bank. In 2012 we started to redefine who we were as a company, with the goal to being a bank that a tech company would build,” added Nims, who joined the bank from Verizon Media just over a year ago.

“We have reinvented our operating model, moving to 100% agile for delivery of software, leveraging micro services and building on open source software. By moving to AWS and re-architecting our entire data set we have dramatically advanced our ability to manage data at a larger scale, which created the foundation to leverage machine learning.”

The bank’s IT team has created Eno, a virtual digital assistant which can alert a user to potential fraud, track spending and inform a user of free trials. Another bank app, CreditWise, which is available to everyone, shows users their credit scores and alerts them if their Social Security number is used in a new credit application. Another tool, Auto Navigator, lets a user get pre-qualified for financing for a new or used car and then search the inventory of thousands of dealers to find a specific car model.

The bank continues to build more and more sophisticated applications. It built a new fraud detection platform from the ground up to make real-time decisions. Basing it in the cloud means the bank can use far more data than before and deliver a finding in the time it takes to swipe a credit cards.

“It used to take us months to update an ML model, and now we can do it in days and run multiple MLs in parallel,” Nims said.