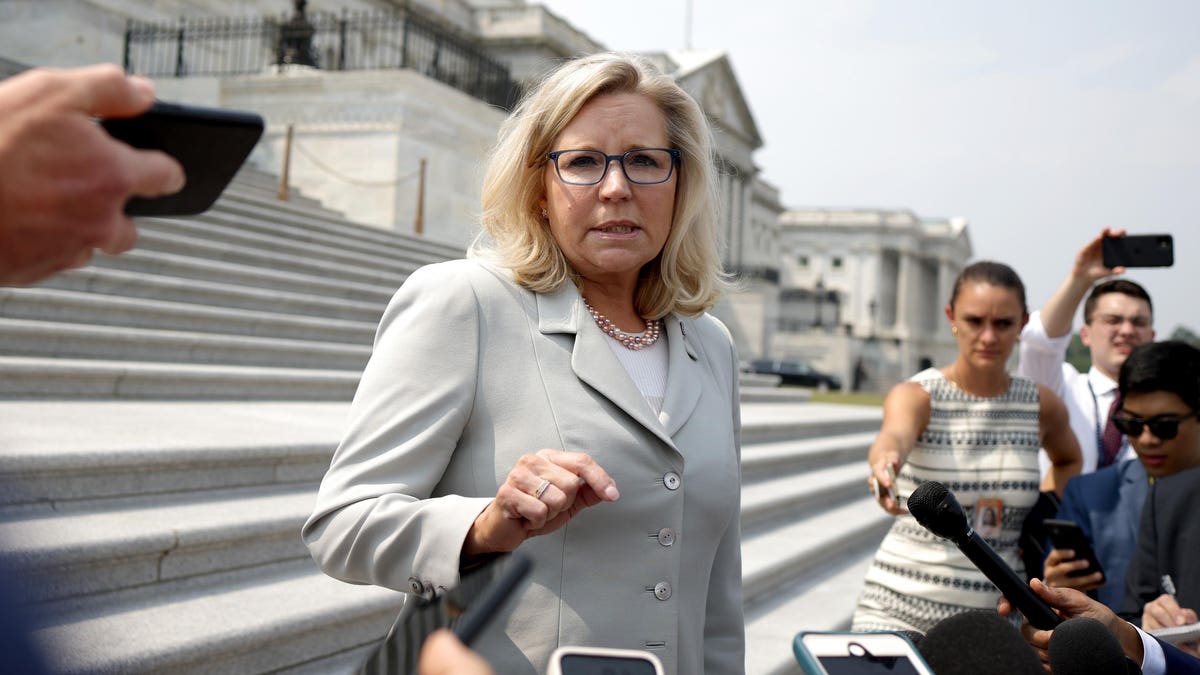 Rep. Liz Cheney (R-Wyo.) on Wednesday said she doesn’t believe her conference’s leader, House Minority Leader Kevin McCarthy, should become speaker of the House after McCarthy pulled his appointments to a select committee to investigate the Jan. 6 attack on the Capitol.

WASHINGTON, DC – JULY 21: U.S. Rep. Liz Cheney (R-WY) speaks to reporters outside of the U.S. … [+] Capitol on July 21, 2021 in Washington, DC. Cheney expressed her intention to stay on the committee investigating the January 6th riots after the decision by Speaker of the House Nancy Pelosi (D-CA) to reject two of House Minority Leader McCarthy’s picks for the committee. (Photo by Anna Moneymaker/Getty Images)
Getty Images

In remarks outside the Capitol building, Cheney accused McCarthy of “disingenuous” rhetoric, citing his opposition to an independent, bipartisan commission to probe the attack that Senate Republicans blocked in May.

Cheney, who was appointed to the committee by House Speaker Nancy Pelosi earlier this month, said McCarthy has tried to “prevent the American people from understanding what happened” on Jan. 6 at “every opportunity.”

Asked if McCarthy should become speaker if Republicans win the House in 2022, Cheney said the position should go to someone who can demonstrate a “commitment to the Constitution and… the rule of law,” adding that McCarthy “has not done that.”

McCarthy’s move to withdraw all five of his picks came after Pelosi rejected two of them – Reps. Jim Jordan (R-Ohio) and Jim Banks (R-Ind.) – to preserve the “integrity of the investigation.”

Cheney suggested she supported Pelosi’s decision, citing “disgraceful” rhetoric about the committee from Jordan and Banks, who both signaled they intended to be partisan bomb-throwers.

Cheney, the former chair of the House Republican conference, is one of the few vocally anti-Trump members of her party, having voted with nine other Republicans to impeach the ex-president over the Capitol attack. She was ousted as conference chair in May after her colleagues expressed frustration over her willingness to break with McCarthy and criticize Trump.

Pelosi declined to say whether she consulted Cheney about her decision to veto Jordan and Banks. She declined to comment when asked about McCarthy pulling his appointments.