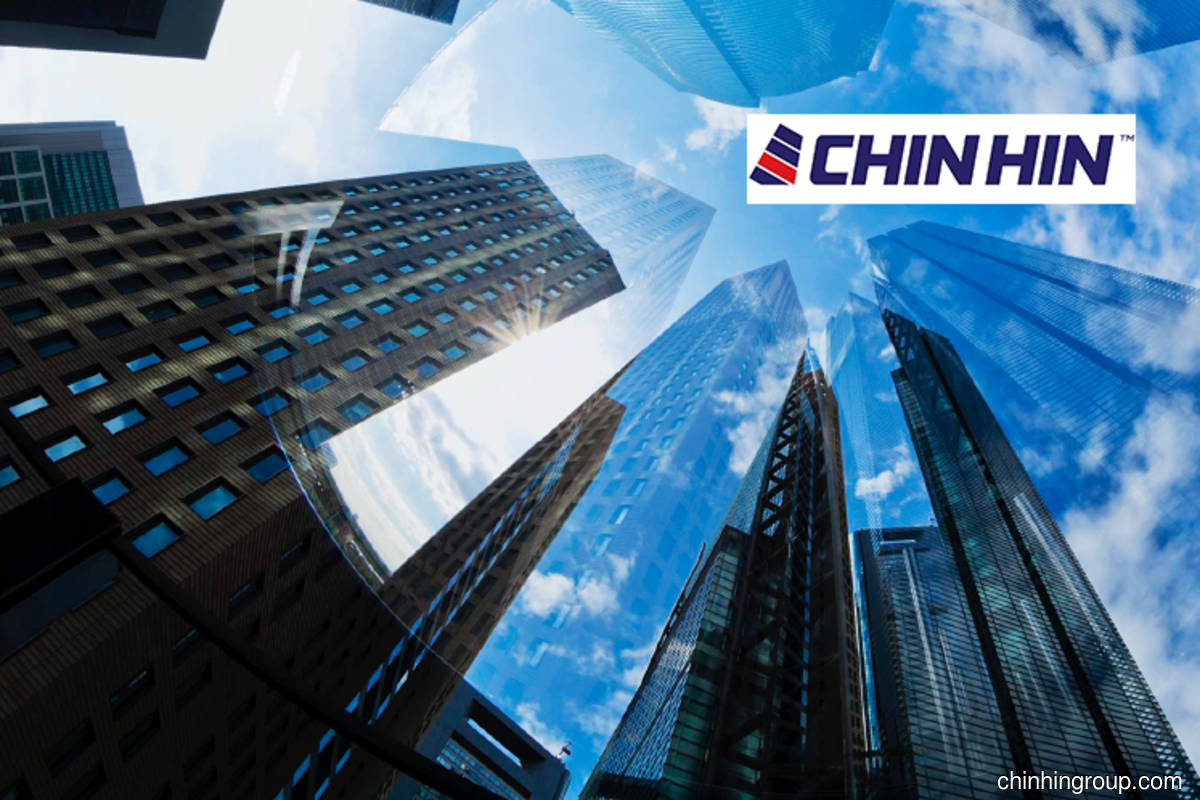 In a bourse filing announcing the group’s results for 3Q ended Sept 30, 2022 (3QFY2022), Chin Hin said the resumption of business activities contributed to a hike in revenue, especially in the distribution of building materials and logistics services division, as well as the concrete manufacturing division.

“The increase in the gross profit margin was due to the downsizing and disposal of loss-making companies, project management fees generated from property development division, higher volumes of wall panels and AAC (autoclaved aerate concrete) blocks sold to the projects in Singapore…

“… majority was billed in Singapore dollar which fetched a better margin especially for wall panels. Besides, these sales also benefited from the forex gain as Singapore dollar has strengthened strongly against ringgit,” said Chin Hin in the 3QFY2022 results announcement on Nov 25.

The group recorded earnings per share of 1.62 sen for 3QFY2022, compared with 0.34 sen for the corresponding quarter.

The improved performance was also due to higher share of profits from associate companies, which recorded 575.75% increase y-o-y to RM4.5 million from RM668,000 in the corresponding quarter, mainly due to the increase in the share of profit entitlement from Stellar 8 Sdn Bhd, resulting from the redeemable preference shares participation and the acquisition of an associate state in Ajiya Bhd.

On prospects, Chin Hin said it will continuously bid for more new contracts to replenish its order book after the tail end of the national sewerage projects. It said G-Cast Concrete Sdn Bhd has recently been awarded a new sewerage project, namely the Construction of Drains, Sewers, Water Pipeline and Ancillary Works at Lim Chu Kang Package for the supply of Singapore Specs manhole, chamber rings and slabs.

“The company continued to supply infrastructure-related products to the existing project secured in Singapore,” according to the group.

On the other hand, multiple property launches are scheduled to take place by the beginning of next year in the property development division following the adoption of aggressive “Landbank Accumulation Strategy” especially in the Klang Valley.

“Our construction division possessed [a] strong outstanding order book of RM1.07 billion as at end-September 2022 and is expected to improve further with the higher rate of resumption for construction activities as the country has entered the endemic stage of Covid-19. These divisions are expected to contribute positively to the future earnings of the group,” it added.

As of noon break on Friday (Nov 25), Chin Hin shares rose seven sen or 2.11% to RM3.39, giving the group a market capitalisation of RM6 billion.