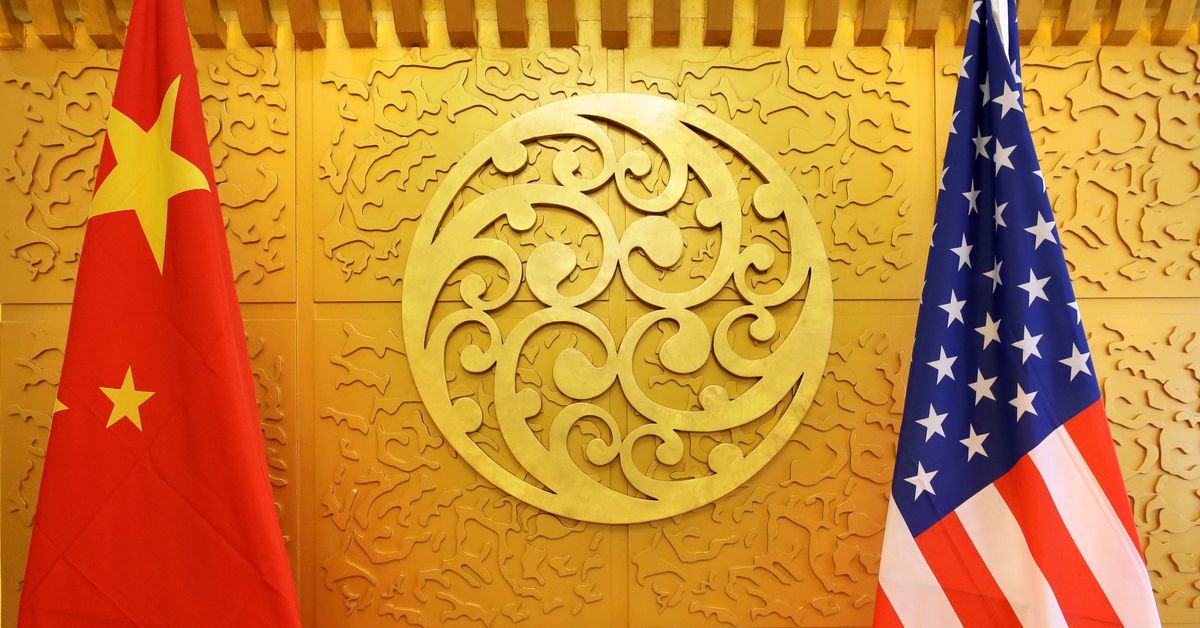 Chinese and U.S. flags are set up for a meeting at China’s Ministry of Transport in Beijing, China April 27, 2018. REUTERS/Jason Lee/File Photo

WASHINGTON, Sept 13 (Reuters) – China’s new ambassador to the United States called on Monday for stable and constructive commercial ties between the world’s two biggest economies, even as they struggle to resolve political and trade differences, a trade group said.

The envoy, Qin Gang, made the comments in an online meeting with the chief executives of major U.S. companies who serve on the board of the U.S.-China Business Council, the group said in a statement on Monday.

“The ambassador’s message to the CEOs was that the commercial relationship must thrive and grow while we work harder to resolve disagreements,” said Craig Allen, president of the nonprofit group of 200 U.S. companies that work with China.

The meeting came days after U.S. President Joe Biden and Chinese President Xi Jinping agreed in a telephone call on the need to ensure that competition between their nations did not veer into conflict.

Allen said the overall U.S.-Chinese relationship was “in a troubled place” at the moment, but Qin told the group their commercial ties remained strong.

Allen attended the meeting and has met the ambassador several times since he arrived at his new post in August.

U.S. companies are growing frustrated by the slow pace of the Biden administration’s review of China trade policies, and the continuation of tariffs on hundreds of billions of goods traded between the two countries.

The Phase 1 interim trade deal, which expires at the end of the year, called for China to boost purchases of U.S. exports by $200 billion over two years, but Beijing is far behind that target, partly because of the COVID-19 pandemic.