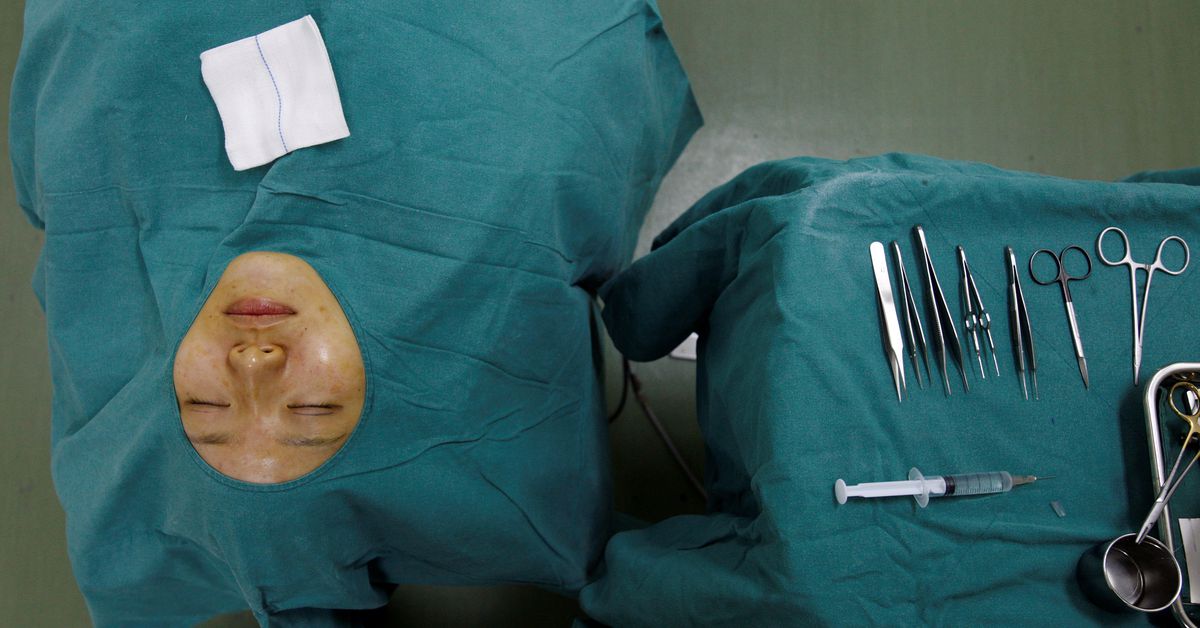 A patient waits for her so-called “double eyelid surgery”, which adds a crease to the eyelids to make the eyes appear larger, to begin in a plastic surgery clinic in Shanghai November 4, 2007. Picture taken November 4, 2007. REUTERS/Nir Elias

BEIJING, Sept 14 (Reuters) – Chinese state media on Tuesday said it was “imperative and urgent” to regulate advertisements for cosmetic surgery, procedures and treatments, saying that some made excessive or false claims.

“From posters at bus stops and in subway, to introductions on social websites and content platforms, from advertisements planted in films and television variety shows, to promotions by live-streamers, medical beauty advertisements are overwhelmingly pervasive,” the People’s Daily newspaper said in a commentary article published on its website.

The criticism of the sector comes as Chinese regulators have wielded a wide-ranging crackdown on industries from technology to education to property to strengthen their control over the economy and society after years of runaway growth.

The spate of regulatory activity has raised investors’ concerns over which sectors might come under scrutiny next.

Demand for plastic surgery or medical aesthetic treatment has boomed in China in recent years with procedures to make one’s eyes wider or nose higher among the most popular. However, they have been criticised for failing to caution people about risks.

In July, a 33-year-old online influencer died from complications after a botched liposuction procedure in a case that was widely reported by media in China.