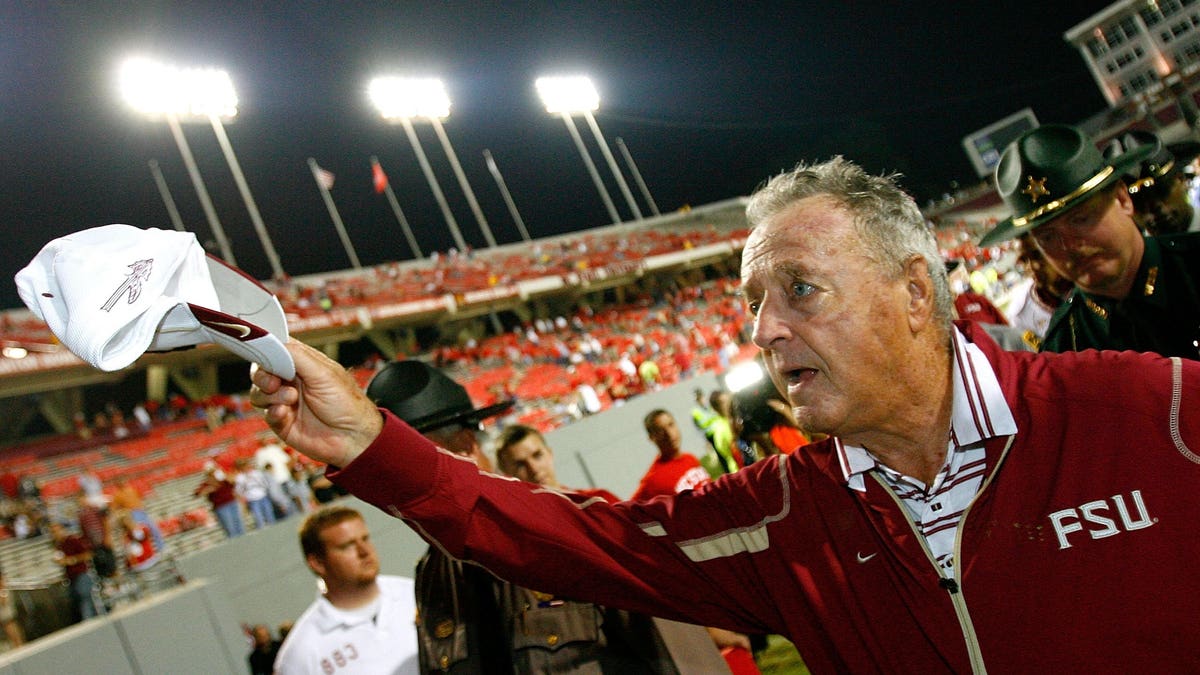 Bobby Bowden–one of the winningest coaches in college football history–has been diagnosed with a terminal medical condition, he revealed to the Tallahassee Democrat in an article published Wednesday, with the 91-year-old saying he is “at peace” after receiving the news.

Bowden is best known for coaching the Florida State Seminoles from 1976-2009, leading the team to national championships in 1993 and 1999.

His 377 official wins throughout his coaching career rank second at the top level of college football behind only longtime Penn State coach Joe Paterno, who led his team to 409 wins between 1966 and 2011.

Bowden did not publicly disclose what condition he’s been diagnosed with, while the Bowden family has requested privacy.

The news about Bowden was quickly met by an outpouring of support, with current Florida State coach Mike Norvell tweeting: “Praying for Coach Bowden and his entire family! Incredible man who is loved by so many and the Nole Family is with him.”

“I’ve always tried to serve God’s purpose for my life, on and off the field, and I am prepared for what is to come,” Bowden said in a statement to the Tallahassee Democrat.

Bowden worked several assistant coaching jobs during the 1950s and 1960s, including a stint as a wide receivers coach at Florida State from 1963-1965, before being hired as head coach of the West Virginia Mountaineers in 1970. He’d spend six seasons there before moving to Florida State, where he’d build a legendary career as head coach. The 1980s and 1990s brought the most sustained success in Florida State program history, including a streak of 11-straight bowl wins between the 1985 and 1995 seasons. Florida State’s success started to fade during the 2000s, though, and by 2009–his final season–he was largely considered a figurehead above offensive coordinator Jimbo Fisher. Bowden announced his retirement after the end of the 2009 season, and his final game as head coach came on Jan. 1, 2010, when Florida State defeated West Virginia–Bowden’s old program–in the Gator Bowl. Fisher took over as the team’s head coach for the 2010 season.

Twelve wins for Florida State under Bowden during the 2006 and 2007 seasons were vacated after an NCAA investigation uncovered “academic fraud” and “impermissible benefits” among some of the players. Those 12 wins do not count toward Bowden’s official win total of 377.

‘I am at peace’: FSU’s Bobby Bowden diagnosed with a terminal medical condition (Tallahassee Democrat)