Costco raised its minimum wage to $17 an hour 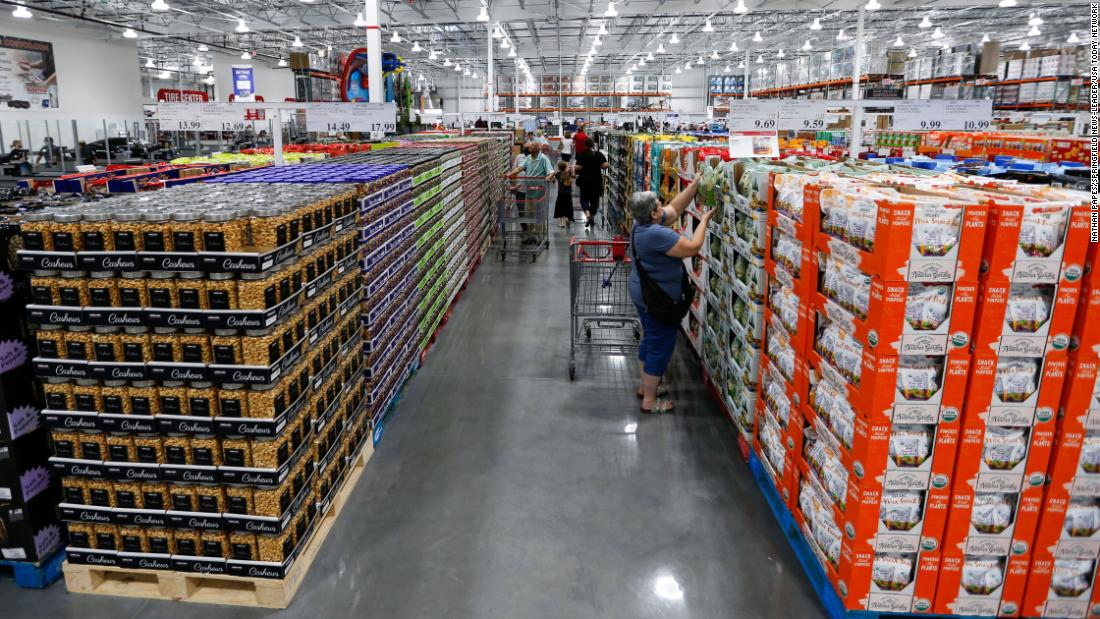 share this article!
Costco (COST) told employees last week that it would increase its minimum wage from $16 an hour to $17 starting on Monday. Costco has around 180,000 US employees, and 90% of them work hourly. Costco’s new starting wage puts the chain– which has among the lowest turnover rates in the retail industry– $2 per hour above Amazon (AMZN), Target (TGT) and other top retailers’ minimum wage, and $5 an hour above Walmart’s (WMT).
Costco’s latest pay bump comes as many retailers, restaurants and other service sector employers raise pay, offer signing bonuses and sweeten their benefits packages in response to struggles hiring workers.
Amazon plans to hire 150,000 temporary workers for the holidays
Costco raised its minimum wage to $14 in 2018 and $15 in 2019. In February, the Issaquah, Washington-based company hiked it to $16 an hour. Business Insider first reported its most recent increase.
“These increases are part of Costco’s continuing efforts to ensure our hourly wages remain extremely competitive in the retail industry,” Costco CEO Craig Jelinek said in a memo to employees.
Read More
There is pressure on companies to raise wages as they compete for labor. Average hourly pay for retail workers increased 3.8% in September from the same time last year, according to the latest data from the Labor Department.
Amazon (AMZN), Target (TGT), Best Buy (BBY) and others have raised their starting wages to $15 an hour in recent years. Amazon said in April that it’s increasing hourly pay between $0.50 and $3 for 500,000 employees.
Walmart (WMT) raised its minimum wage from $11 to $12 last month, while CVS (CVS) and Walgreens (WBA) said in August they would increasing starting pay to $15 an hour.
Wages in September across the private sector grew 4.6% from a year earlier.