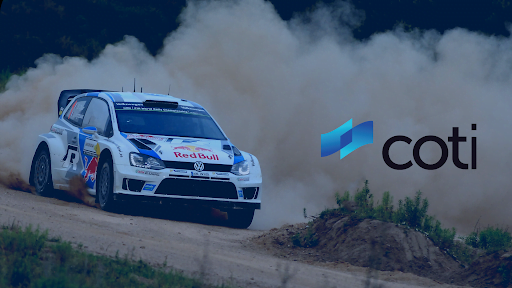 Enterprise-grade fintech platform COTI has announced its growth plan to become a “next-gen financial ecosystem,” moving beyond payments by using a treasury model that will grow as COTI expands its range of financial services.

COTI’s growth plan was explained by CEO Shahaf Bar-Geffen in a video presentation, accompanied by a detailed Medium post. The future ecosystem is centered around the COTI Treasury, an algorithmic, decentralized pool of $COTI tokens that all users in its ecosystem pay into and from which stakers can earn rewards.

Components include a “stablecoin factory” to deliver a faster, cheaper alternative to USDT or USDC for merchants. Treasury services such as lending, borrowing, and vaults will also be introduced, plus a crypto-friendly bank account and debit card.

All network services on COTI’s base infrastructure protocol, Trustchain, will pay fees directly to the treasury. So, too, will COTI’s ecosystem projects outside of Trustchain, such as CVI and ADA Pay, with interoperability with external chains via a cross-chain mechanism also forecasted.

The upcoming treasury model is designed to combine the best of defi and COTI staking opportunities, introducing new services aimed at accelerating demand for $COTI and streamlining fees.

All ecosystem service users pay $COTI fees into the treasury, benefitting holders by increasing demand, and $COTI depositors (stakers) who can earn a share of greater rewards as the treasury grows over time and collects more fees. The treasury model will gradually replace COTI’s staking 3.0 program, enabling a more capital-efficient and flexible system to deliver additional user benefits.

Investors can choose their staking program and how they want to be rewarded, setting their own staking level, period, leverage, and risk parameters that determine rewards and APY. COTI anticipates that this will democratize the staking process, dramatically increasing the pool by accommodating greater user participation.

COTI is also ahead of the field in terms of compliance, as the only way to deposit to the treasury is via the VIPER wallet that has collected KYC (Know Your Customer) data from users from day one – meaning the Treasury is already regulation-ready.

The incoming model will introduce a governance structure to the platform, enabling participants to govern the system in a decentralized manner, with a governance token planned for distribution to those who have interacted with the treasury.

The growth plan update from COTI coincides with the latest rally for its native token, with the price jumping over 15% to reach $0.39 following the post. This follows several weeks of positive trending price action, with the listing of $COTI on Coinbase being the prior catalyst as it re-approaches all-time highs.

Moving forward, if the growth plan for COTI succeeds, the volume and services on offer in the ecosystem will fuel demand for the eponymous token, in turn expanding the treasury holdings. As a result, the future value of $COTI will directly correlate with the growth of the overall ecosystem.