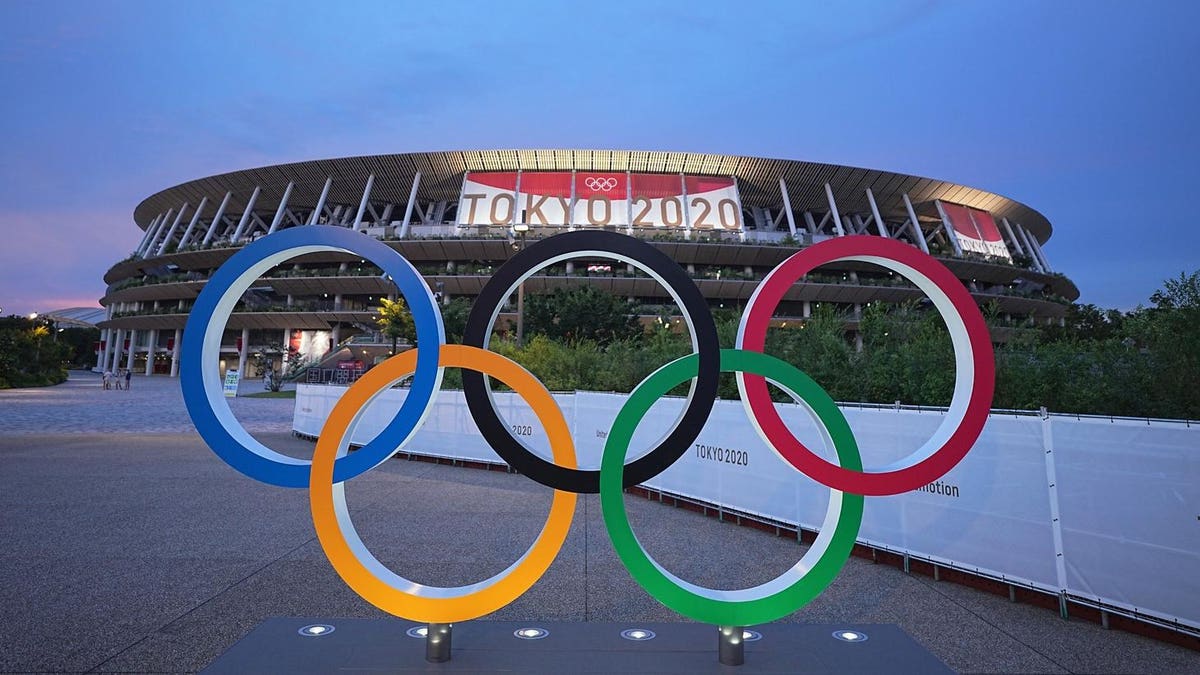 Two members of the Czech Olympic team tested positive for Covid-19 on Thursday, part of a cluster of infections suspected to be linked to the team’s flight to Japan, making them the latest in a string of athletes who have had to withdraw from the Tokyo Olympics due to the disease as the Summer Games kicks off in spite of concerns regarding the ongoing pandemic.

Olympic rings stand in front of the Olympic Stadium in Tokyo.
dpa/picture alliance via Getty Images

U.S. men’s beach volleyball player Taylor Crabb tested positive for Covid-19 in Japan, despite having been vaccinated and testing negative before leaving the U.S.

U.S. women’s gymnastics alternate Kara Eaker tested positive for Covid-19, it was announced July 20, despite her being fully vaccinated.

U.S. tennis player Coco Gauff announced Sunday she would not be taking part in the Olympics, her first, after testing positive for Covid-19 on July 18.

U.S. men’s basketball player Bradley Beal is unable to compete in the Olympics after being placed under “health and safety protocols,” and ESPN reports three other U.S. basketball players also left the Olympic team–one because they tested positive for Covid-19 and two others due to “contact tracing measures.”

Skateboarder Candy Jacobs and taekwondo athlete Reshmie Oogink, both set to compete for the Netherlands, withdrew after testing positive for the virus.

British shooter Amber Hill, ranked No. 1 in women’s skeet shooting, withdrew from the Games on July 21 after testing positive.

Chilean taekwondo fighter Fernanda Aguirre tested positive upon arrival in Tokyo from Uzbekistan, where she had been training.

Just days before the Games kicked off, South African football players Thabiso Monyane and Kamohelo Mahlatsi tested positive on July 18, the first athletes to do so in the Olympic Village.

British tennis player Johanna Konta pulled out from the Games on July 13, citing her inability to train during a Covid-19 infection.

Milos Vasic, a rower on the Serbian team and Sonja’s husband, tested positive upon arrival in Tokyo in early July.

In April, North Korea became the first country to withdraw from the Games over concerns about the Covid-19 pandemic, the first time the isolated nation skipped an Olympics since Seoul hosted them in 1988.

87. That’s the total number of Covid-19 cases recorded among people affiliated with the Olympics as of Thursday, organizers said at a news conference. Of those positive tests, 52 are Japanese citizens, including staffers and contractors working on the Games, and 35 are people who traveled from overseas.

“I think leading up to the Games we thought the situation was really under control and I was feeling really confident for a long time, and then every time you hear of another person testing positive, you get a little bit more worried about it,” April Ross, a beach volleyball player on the U.S. Olympic team, told the TODAY Show Monday, adding she was now “taking more and more precautions to keep my distance and try to stay safe.”

Covid-19 has long been a concern for the Tokyo Olympics, which are taking place after a year-long delay and longstanding speculation over whether the Summer Games would be canceled entirely. Public health experts have criticized holding the Games and warned of the danger they could pose, including potentially resulting in the creation of a new coronavirus variant as athletes converge from around the world. Stringent health and safety protocols are in place for the Games, including largely banning spectators entirely — but athletes are only encouraged to be vaccinated, not required. Despite the measures in place, fears have not been alleviated as the highly transmissible Delta variant takes hold worldwide and Tokyo itself remains under a state of emergency due to a spike in Covid-19 cases. World Health Organization Director-General Tedros Adhanom Ghebreyesus said Wednesday the “mark of success” at the Olympics will not be “zero cases,” acknowledging Covid-19 transmission will be inevitable, but said success would be defined as “making sure that any cases are identified, isolated, traced and cared for as quickly as possible and onward transmission is interrupted.”

Athletes who are close contacts of those who test positive for Covid-19 may still be able to compete despite protocols requiring them to isolate themselves from others. The International Olympic Committee’s playbook directs close contacts–those who have spent at least 15 minutes with the infected person and been within a meter of them without a face mask–to be subject to additional requirements in order to compete, including daily negative PCR tests, quarantining in a private room and using dedicated vehicles and training facilities away from other athletes.

Guinea’s government briefly withdrew the country’s five-person Olympic team from the Tokyo Olympics on Wednesday, citing concerns over Covid-19 variants. It reversed its decision on Thursday, with Guinea’s Minister of Sport Sanoussy Bantama Sow telling BBC Africa that officials “spoke with the organizers and they told us they will do everything to make sure our athletes will be safe.”