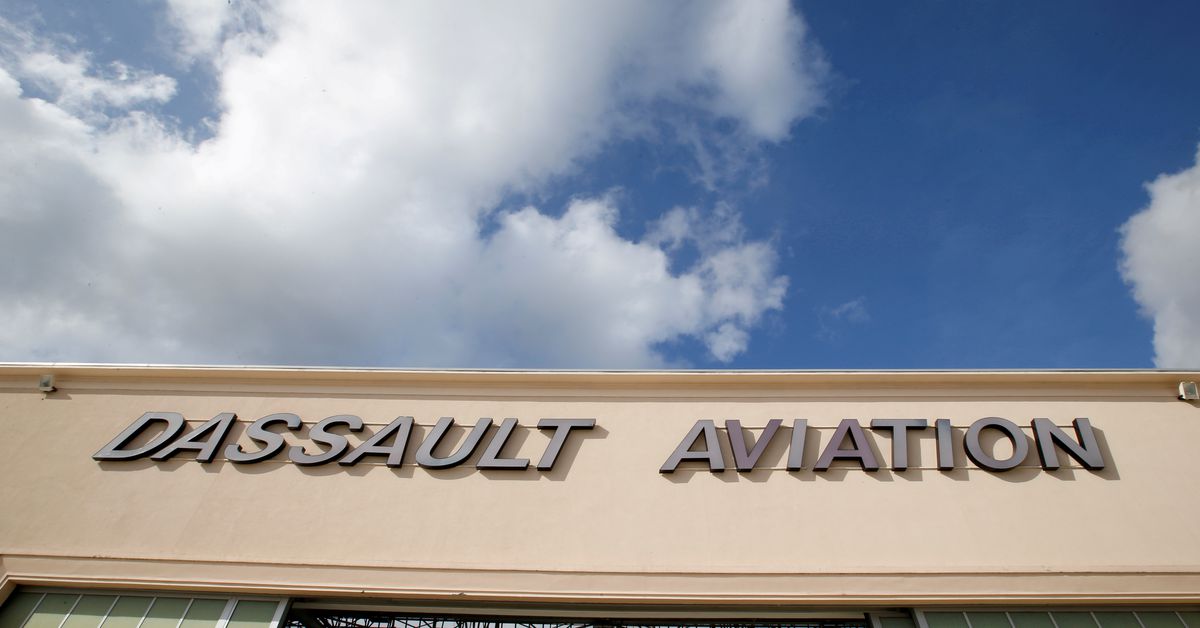 The logo of French aircraft manufacturer Dassault Aviation is seen on a hangar in Merignac near Bordeaux, France, October 8, 2019. REUTERS/Regis Duvignau/File Photo

PARIS, July 22 (Reuters) – Dassault Aviation (AVMD.PA) reported higher sales and profits in the first half of the year as stronger military activities offset a drop in business jet deliveries.

The maker of Rafale warplanes and Falcon business jets saw operating income more than treble to 175 million euros ($206 million) from 55 million in the first half as net sales rose to 3.1 billion euros from 2.64 billion.

The business aviation market shows “encouraging signs of improvement,” particularly in the United States, Dassault said in a statement.

“Nevertheless, we note that price pressures remain,” it said, although it described the market for second-hand jets as buoyant.

Dassault delivered six Falcon business jets in the first half of the year, down from 16 in the same period of 2020, and took orders for 25 jets, up from 5 a year earlier.

It delivered 13 Rafale jets for export to India and Qatar.

The company continues to target 25 new Rafale and an equal number of new Falcon deliveries in 2021, as well as higher net sales.

Dassault said on Wednesday it had delivered the first of six brand-new and 12 second-hand ex-French military Rafale combat jets sold to Greece earlier this year.