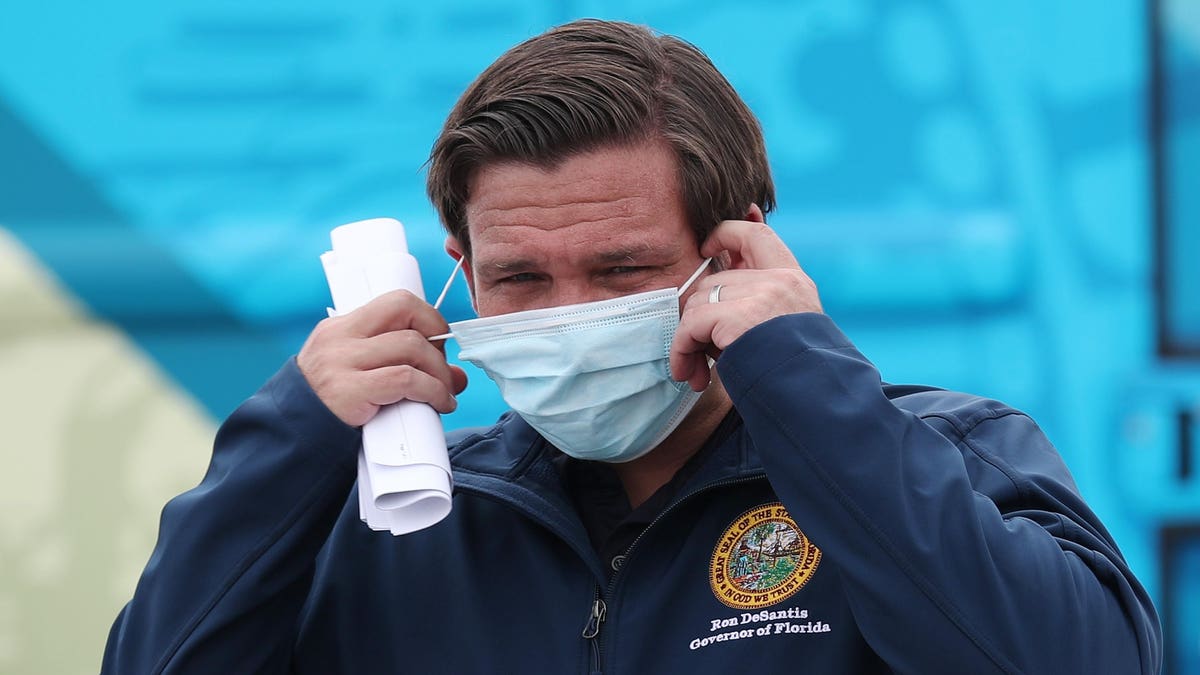 While officials across the U.S. are reintroducing public health restrictions like mask orders and advisories to wear them amid a surge of Covid-19 cases, many local authorities have been banned from following suit by legislation and executive orders at the state level.

Governors in Texas, Tennessee and South Carolina have signed executive orders that prohibit local governments from enacting their own mask mandates, though a state judge sided with Austin in March when the city refused to lift its mask mandate in accordance with Texas Gov. Greg Abbott’s order.

Local governments in Georgia are only allowed to impose a mask mandate if the number of new Covid cases in their county rises above 100 per 100,000 people over the past 14 days, as per an executive order from Gov. Brian Kemp, but they cannot punish private businesses or force them to comply with the mandate if they’re on private property.

Kansas passed a law that allows citizens to sue their local governments over Covid-19 restrictions to discourage orders like mask mandates.

Wisconsin cannot impose another statewide mask order after the state Supreme Court struck it down, but local governments can impose mandates, and Wyoming law now prohibits the state from imposing public health orders for longer than 10 days that “[restrict] individuals’ movements or their ability to engage in any activity.”

Utah, Vermont and Oklahoma have directed schools not to impose mask mandates, but do not restrict local governments.

Florida’s Miami-Dade County and Orange County–where Orlando is located–have both recently recommended residents wear masks in crowded areas as Covid-19 surges in the state, despite Florida’s restrictions for local governments. The recommendations are not enforceable mandates, however, and Gov. Ron DeSantis’ office warned Orange County “cannot impose civil or criminal penalties on citizens who choose not to wear masks” in a statement after the county announced their recommendation.

For one day in May, mask mandates were banned in Idaho. Lieutenant Gov. Janice McGeachin signed an order blocking schools and local authorities from requiring masks while Gov. Brad Little was traveling, claiming they have done “significant physical, mental, social and economic harm.” Little rescinded the order a day later, describing it as an “irresponsible, self-serving political stunt” and a tyrannical “abuse of power.”

States and counties that still had mask mandates in place began ditching them in May after the Centers for Disease Control and Prevention released new guidance saying vaccinated Americans could forgo masks and social distancing in most settings. By July, Hawaii was the only state that had not fully reopened, having not met the 70% of the population fully vaccinated milestone set by officials (at 59%, it still hasn’t). The majority of new guidance–which is primarily led at the local, rather than state, level–recommends mark wearing in indoor spaces and social distancing, though some areas have gone farther and introduced new mandates. Los Angeles and Las Vegas, for example, have both reintroduced mask requirements. The mandates apply to fully vaccinated people as well as the unvaccinated owing to the now-dominant Delta variant’s increased transmissibility and resistance to vaccines used in the U.S. While less effective at preventing infection and moderate illness, the vaccines are still highly protective against severe illness, hospitalizations and death.

83%. That’s how many sequenced cases of Covid-19 the Delta variant accounts for, according to the CDC. Cases are rising in all 50 states and some, particularly in areas with low vaccination rates, are reporting severe surges and climbing hospitalization rates.

Several states have also moved to block vaccine mandates and passports–where proof of vaccination is needed to access goods and services–for schools and businesses. It staves off advice from the federal government saying that employers can require workers to get a shot, ignores the longstanding history of all states requiring childhood vaccinations and runs counter to public health advice advice, in the case of the cruise industry in Florida. Despite this, some businesses are already requiring employees to get vaccines, though this is an untested area of the law.