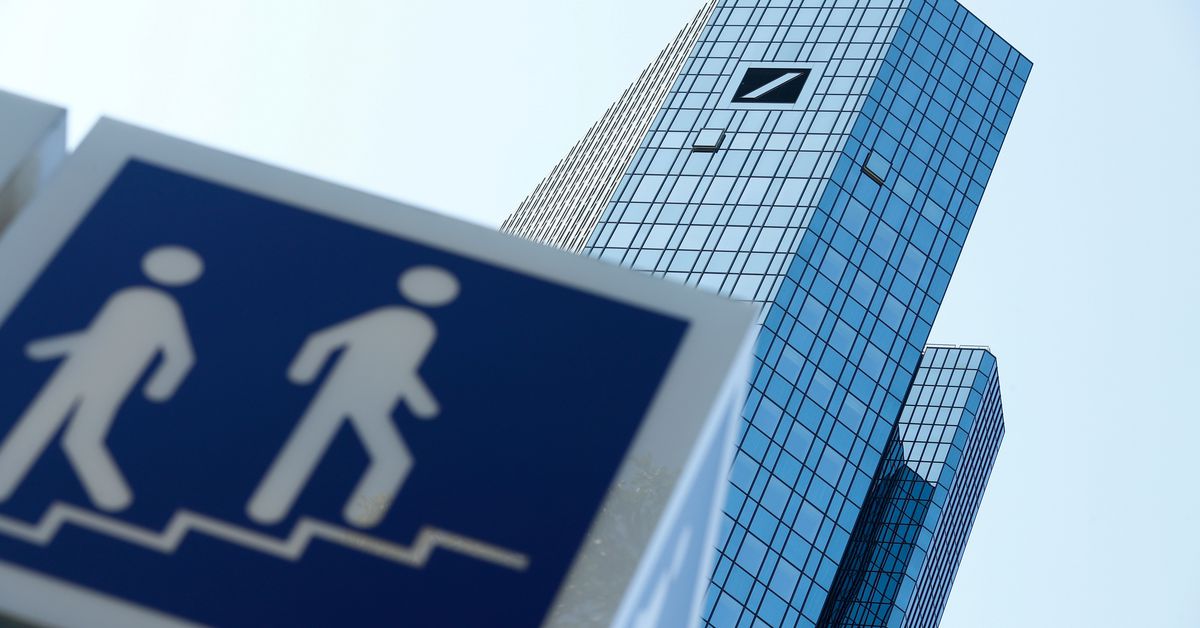 Its investment bank, the group’s biggest revenue generator, drove the institution to its strongest quarter in seven years at the start of 2021. However, investors have wondered how sustainable progress will be as the bank continues efforts to boost profitability after years of losses.

The group is in the process of shedding 18,000 staff globally as part of that push for a sustainable uplift in profit.

Deutsche Bank reports second-quarter earnings next week, with analysts expecting the bank to have swung into profit even as investment bank revenue declined. Deutsche has said investment bank revenue this year will be “very close” to last year despite a return to more normal business after the initial pandemic-induced trading boom. read more

The dip in market share in most cases is small and quarterly tallies can be choppy, but the data is disappointing for the bank. Executives had said they expected to maintain market share gained under Christian Sewing, who was appointed chief executive in 2018 to turn Deutsche around after a series of embarrassing and costly regulatory failings that have contributed to losses of 8.2 billion euros over the past 10 years.

Here are key takeaways from the data, plus graphics:

1. The second-quarter slip was broad-based across multiple businesses, though Deutsche gained ground on advisory services for mergers and acquisitions (M&A).

2. One of the sharpest drops was market share for sovereign bond issuance – a blow for the bank after it highlighed market gains in euro-denominated sovereign bonds in the first quarter.

3. Deutsche Bank has been making a push into so-called sustainable financing, which Sewing recently said was “at the core” of its strategy. But market share fell again during the quarter, partly reversing recent gains.

4. Sewing has helped to stabilise the bank, boosting market share across many divisions during his tenure. Despite those successes its position in capital markets and M&A is far from the highs of past decades.

“We feel reassured in our view that a substantial portion of our investment bank growth since 2019 is sustainable,” Sewing told analysts in April.

The data provides only a partial snapshot of the investment bank and does not cover fixed-income and currency sales and trading, a huge revenue source for the lender. Such trading declined during the second quarter at competing U.S. banks, according to recent earnings reports.

“Deutsche Bank will not have been able to maintain the very good performance of fixed-income trading in the second quarter,” said Benjardin Gaertner, a fund manager at Union Investment, a big shareholder in the bank.

Andreas Thomae, a portfolio manager with Deka, said he expects the investment bank to have performed well “on the whole” in the second quarter.