Dozens Dead In Northern China Due To Heavy Flooding, Over 120,000 Evacuated From Homes 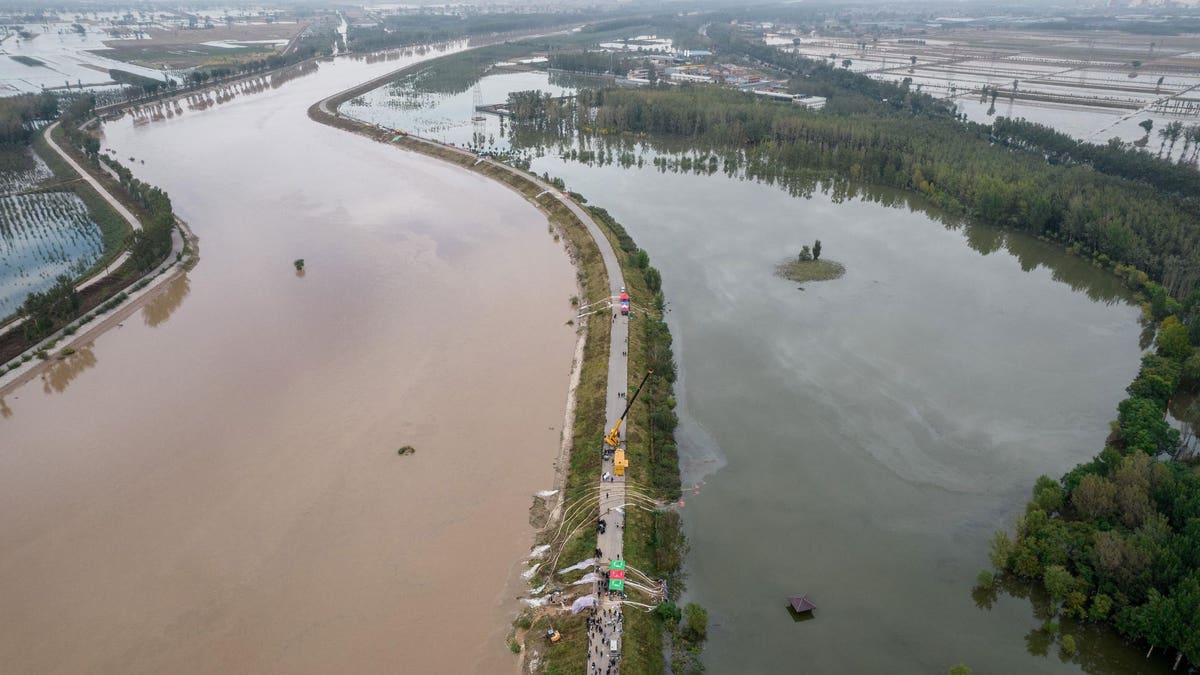 At least 28 people have died due to heavy flooding in northern China including 13 who were killed after a bus they were traveling in plunged into a rushing river, Chinese authorities announced on Tuesday, a disaster that comes just months after the western part of the country was hit by another devastating flood that killed more than 300 people.

This aerial photo taken shows a flooded area after heavy rainfall in Jiexiu in the city of Jinzhong … [+] in China’s northern Shanxi province.
AFP via Getty Images

37 people were rescued from the bus in the country’s Hebei province and seven of them have been hospitalized, the Associated Press reported, citing Chinese state broadcaster CCTV.

The bus had fallen off a bridge into a flooding river outside the city of Shijiazhuang, located around 165 miles southwest of Beijing.

In addition to the bus incident, 15 people in the neighboring Shanxi province were killed by the floods which destroyed around 19,500 houses and 470,000 acres of crops.

According to Chinese state media, more than 120,000 have been evacuated from their homes and at least 1.75 million people have been affected by the flooding.

Heavy flooding in the normally dry Shanxi province also damaged a section of an ancient city wall at the UNESCO World Heritage site of Pingyao.

The death toll from the disaster could rise further as authorities noted that three people remained missing.

On Saturday, authorities in the Shanxi province were forced to close 60 coal mines due to heavy rains, disrupting production in the country’s largest coal mining hub. The stoppage of mining activities comes at a time when the Chinese government is trying to address power shortages that have impacted industries and homes around the country. Monday’s disaster is the second major flood to hit China this year. In July, more than 300 people were killed after record rainfall caused flooding in central China, submerging a portion of Zhengzhou, the provincial capital of the Henan province.

Scientists have said that climate change is making extreme weather events like flooding worse–and they want that the number of people at risk from flooding has risen significantly. In August, the Intergovernmental Panel on Climate Change (IPCC) raised alarm that global temperatures will likely rise higher than the 1.5 degree Celsius limit set by the Paris climate agreement within the next 20 years unless swift and drastic action is taken to reduce greenhouse gas emissions. The IPCC’s report noted climate change is already affecting every region on the planet and warned extreme flooding, droughts, wildfires, heatwaves and storms are all set to increase in frequency and severity if heating continues.

Flooding in China kills at least 28, including 13 in bus plunge (Associated Press)