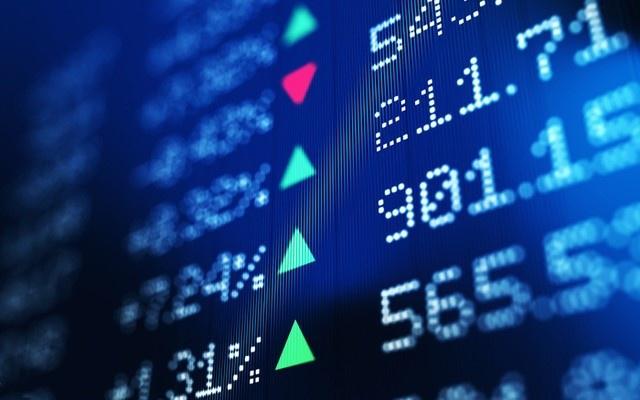 The earnings parade continues, with a steady flow of solid corporate results helping Wall Street recover from Monday’s huge plunge. In fact, the major indices are basically back where they were Friday after two crazy days, making it look like Monday and Tuesday never happened.

The latest positive reports came from CocaCola (KO), Verizon (VZ), Johnson & Johnson (JNJ), and Chipotle (CMG), all of which beat analysts’ estimates for Q2 results and are pushing higher in pre-market trading. Both KO and JNJ raised guidance, as well, with stadiums and movie theaters back for KO and medical devices and drug sales helping JNJ. The Dow Jones Industrial Average ($DJI) components continue to come in strong on the earnings front, and we’ll see if the market can build on this today.

The only earnings disappointment last night and this morning came from Netflix (NFLX), whose estimates for future subscriber growth came in below the Street’s projections. Shares fell 1% ahead of the open. It’s also a slight disappointment to see the major indices losing some of the ground they gained overnight ahead of the open, as the Nasdaq (COMP:GIDS) actually fell slightly into the red. We’ve gone from a strong overnight rally to kind of mixed heading into the open, but the S&P 500 Index’s (SPX) bounce off the 50-day moving average yesterday could potentially continue to provide technical support on any downturns.

Two key metrics that flopped on Monday and dragged stocks down with them–the 10-year yield and crude–both edged a bit higher this morning, also adding to the positive tone. The Cboe Volatility Index (VIX) is back below 20 this morning, but there’s no reason not to expect volatility to continue after what the market just went through. The question remains what’s going on with inflation, and that’s the primary reason for all the shakiness lately.

Data’s a bit thin this week, and yesterday’s housing numbers presented a mixed picture for June. Housing starts came in above Wall Street’s expectations, but building permits–often seen as a leading indicator–declined across all parts of the country. This could reflect rising costs for labor and building materials, among other things.

Tomorrow brings weekly initial jobless claims data. Analysts look for a headline of 360,000, equal to a week earlier, according to research firm Briefing.com.

Before that, we’ll get a look at earnings from Texas Instruments (TXN), CSX (CSX), and Whirlpool (WHR), all of which are expected to report after the close today. The CSX and WHR reports could give investors a sense of consumer health, while TXN provides a look at the semiconductor market.

One question investors had going into Tuesday was whether major indices could hold onto pre-market gains past the first half hour of the session and help stamp out unpleasant memories of Monday’s fierce selloff.

They got the answer eight hours later after the SPX climbed 1.5% to nearly gain back what it lost Monday. The fact that the SPX was able to bounce off its 50-day moving average near 4240 after falling briefly below it on Monday arguably played a role, because each test of that moving average this year found buyers. While there’s no predicting the future, it’s kind of becoming a self-fulfilling prophecy. Many people expect a rebound when the SPX dips to that level, so they buy the dip. The result is a rebound. How long this can keep up is anyone’s guess.

Technically, there may have been slight disappointment, however, that the SPX closed below Friday’s closing level, which some analysts had seen as resistance near 4327. We’ll see if the index can take that out today. Even with Tuesday’s recovery, the SPX is up barely at all so far this month.

Sectors like Energy and Financials that got clobbered Monday played a big part in Tuesday’s rebound. “Reopening” stocks in the travel industry also recovered nicely, especially the major U.S. airlines which together formed quite the juggernaut. Industrials led all sectors, maybe on hopes that Congress might make progress on infrastructure this week. Naturally, the way things have gone with that over the last few years, don’t hold your breath.

One thing to keep in mind as the week advances is a pattern that seems to be taking hold lately where the market stumbles to start the week, recovers in the middle, and then loses ground into the weekend. We saw this pattern during the worst of the Covid pandemic and it seems to be back now. There may be a little anxiety out there about holding long positions into the weekend when bad Covid news could pop up with no chance to trade it.

Earnings released after the close yesterday from CMG looked solid, giving shares a lift in pre-market trading and coming as another sign of reopening taking hold.

NFLX, the first FAANG to get its feet wet with Q2 earnings, was a mixed bag. Shares fell in after-hours trading as the company missed Wall Street’s average earnings per share estimate and slightly beat on revenue. Subscriber growth of 1.54 million in the quarter was better than the company had projected, but way below the kind of growth people got used to during the peak of Covid.

NFLX has said that Covid pulled forward a lot of subscribers, and the company has dampened expectations for future “subscriber adds.” The company expects to add 3.5 million subscribers in Q3, which was well below analysts’ average estimate of more than 5 million.

Mystery continues to shroud the massive Treasury yield decline from last week. Yields did bounce back slightly on Tuesday to above 1.2% for the 10-year, but remain well below even last week’s levels and down from peaks near 1.75% in March.

There’s probably no single reason why yields are under pressure, but analysts offer a few ideas. It could reflect a general “risk-off” sentiment as the Delta variant of Covid raises fears of an economic slowdown. Also, Fed Chairman Jerome Powell’s testimony to Congress last week may have calmed some of the remaining inflation fears. Perhaps investors increasingly sense that the Fed has inflation tamed for now.

Don’t forget, too, that the German bund yield appeared to peak back in late June and then started descending steeply. This widening gap between U.S. and European yields (the U.S. 10-year yield’s premium to the bund rose about five basis points between late June and last week after narrowing a bit in prior weeks) could have driven some investors into U.S. fixed income.

One money manager told CNBC yesterday that another reason bonds could be rising–with a corresponding drop in yields–is that the stock market recently reached levels many money managers targeted for year-end, so they’re taking profit and putting the cash into fixed income.

CHART OF THE DAY: CLOCKWORK JAMS. Last year, it almost felt like you could set your watch by the … [+] regular gains in semiconductor shares (SOX–candlestick). That’s definitely not the case this year, and the last three months have brought a bunch of ups and downs for the sector. It’s now lagging behind the Nasdaq 100 (NDX) since late April. Data source: Nasdaq. Chart source: The thinkorswim(R) platform. For illustrative purposes only. Past performance does not guarantee future results.
Data source: Nasdaq. Chart source: The thinkorswim(R) platform.

IPO Investing Considerations: Yesterday we talked about the heavy IPO volume of the first half. One question investors should ask themselves before jumping into an IPO is whether they actually understand the company and its business model. Many investors want to grab the bright new name and sometimes get hurt when things don’t go as planned. CNBC reported last week that the percentage of new IPOs trading above their opening day price is lower now than normal. Consider Coinbase (COIN), which went public in April. Shares recently were around $225, down more than $100 from April 14 when they began trading. Roblox (RBLX), another high-profile IPO from earlier this year, is up nicely from day one, but it’s had peaks and valleys and been pretty volatile. Know what you’re getting into.

One other thing: If you held back on an IPO of a company you thought had good prospects, and now find that the stock is down after a few months on the market, maybe this could be a time to consider getting in at a lower price. Of course, be certain to check if its financial health and growth prospects are as shiny as you had thought, because the stock might be down for good reasons.

RUT Rebounds: Strength in the Financials on Tuesday appeared to light a fire under the small-cap Russell 2000 (RUT) index, which had been lagging the S&P 500 Index (SPX) even before the Friday and Monday selloff. The RUT’s weak performance the last month or two reflected in part the turn in sentiment on Wall Street over that time from so-called “value” and cyclical sectors back into “growth” sectors like Tech, which is under-represented in the RUT. Some analysts note the RUT’s recent underperformance vs. the SPX and see room for upside.

Memory Lane: While the broader market got some of its mojo back Tuesday after Monday’s meltdown, it’s interesting to look at some of the stocks that helped carry the banner. Names like Peloton (PTON), DocuSign (DOCU), Roku (ROKU), DoorDash (DASH), and Teladoc (TDOC) were all up 1% or more at times as the market emerged from the selloff. What do all of these have in common? They got lumped together last year as “stay at home” stocks that might benefit from Covid lockdowns, and now they’re up again as the Delta variant raises new concerns. Now to be fair, some of the reopening stocks like airlines and cruise lines also moved higher Tuesday after getting slammed on Monday amid the Covid fears. And some “stay at homes” like Netflix (NFLX) and Zoom Video (ZM) didn’t really join Tuesday’s lockdown party. Still, the dynamic is worth watching in days to come, especially if U.S. case growth continues roaring back.