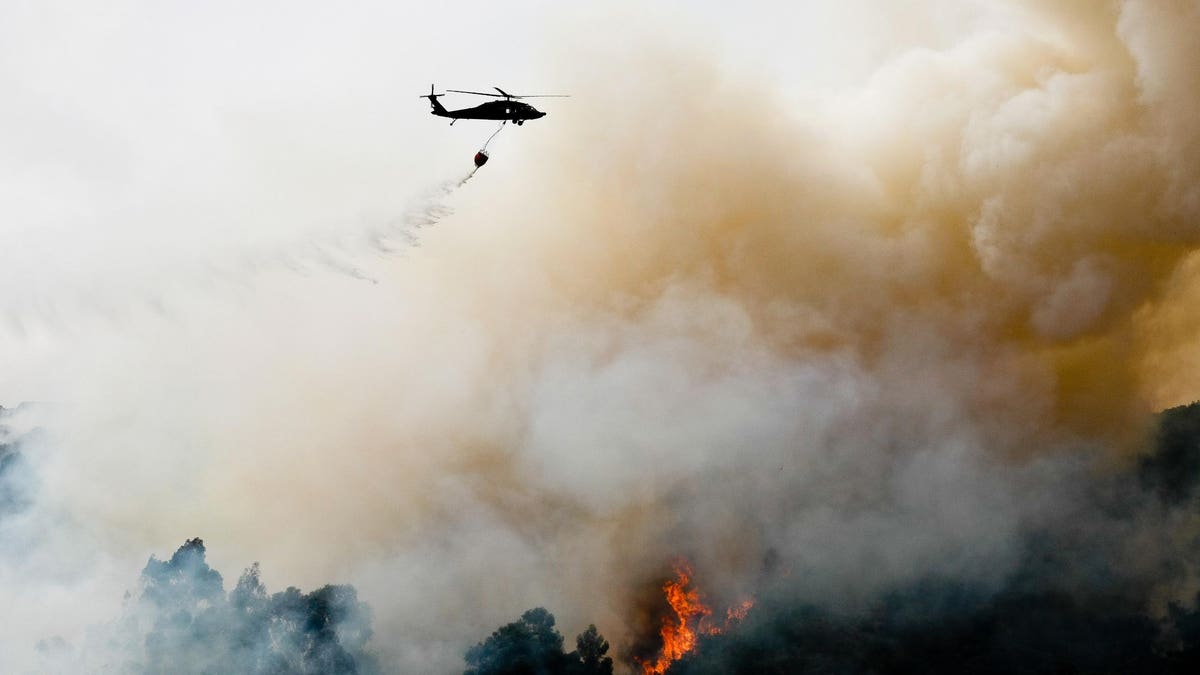 Smoke blowing into Minnesota from a cluster of wildfires in Canada degraded its air quality to the worst levels the state has recorded, while nearly 90 wildfires are burning in the western U.S. as a historically bad North American fire season rages on.

This has been a historically active year for wildfires in North America.
getty

The entire states of Minnesota and Wisconsin are under air quality alerts from smoke, which led to Minnesota’s all-time record for poorest air quality in St. Cloud on Thursday, when a sampling station registered a particulate reading of 422 micrograms per cubic meter of air.

Hundreds of miles to the state’s north, around 150 wildfires are burning in Manitoba along with dozens more in northwestern Ontario, which has had almost 1,000 wildfires this year alone–about twice the number the province usually has over the course of an entire year.

In the U.S., the National Interagency Fire Center reports there are 87 active wildfires, almost all in the Northwest, which have collectively burned almost 1.8 million acres.

The Bootleg Fire in southern Oregon remains the largest in the U.S., having scorched more than 400,000 acres and destroyed over 400 structures.

The second biggest U.S. fire is the Dixie Fire in California, which has led to almost 8,000 people being put under evacuation orders and more than 10,000 structures threatened in north-central California, according to CNN.

“Very unhealthy air quality” is expected to remain over Minnesota’s Twin Cities for at least the next few days, according to the region’s National Weather Service office, with another round of wildfire smoke being pushed in by a cold front Saturday night into Sunday. Southerly winds could start to bring some improvement by late Tuesday or Wednesday, according to the National Weather Service.

President Joe Biden met virtually with a bipartisan group of governors on Friday to coordinate responses to the ongoing wildfires and work on preparedness measures for the future. Climate change was also discussed at the meeting, since there’s concern it’s contributed to the widespread wildfires of the past several years. Much of the western half of the U.S. has dealt with historically hot and dry conditions this summer, including a late June heat wave that seared the usually temperate Pacific Northwest, pushing Portland, Oregon, to an all-time record high of 116 degrees. The hot and dry conditions have served to fuel wildfires across the U.S. and adjacent regions of southern Canada.

As of July, California has been outpacing last year’s fire season in terms of number of blazes, with 4,163 fires burning between Jan. 1 and July 11. The 2020 fire season was by far the most active in the state’s history–more than 4.2 million acres are estimated to have burned last year.

Temperatures in the tiny village of Lytton, British Columbia, reached 116 degrees Fahrenheit on June 27, a record high for Canada, as part of the same heat wave that hit the northwestern United States. It set another record the next day at 118 degrees, then topped it again when the mercury rose to 121 degrees on June 29. On June 30, almost the entire village burned down in a wildfire.

‘Lytton is gone’: Accounts of death, destruction in Canadian village that caught fire in record heat (The Washington Post)

The two largest wildfires in the US have burned land nearly the size of New York City, Los Angeles and Chicago combined (CNN)