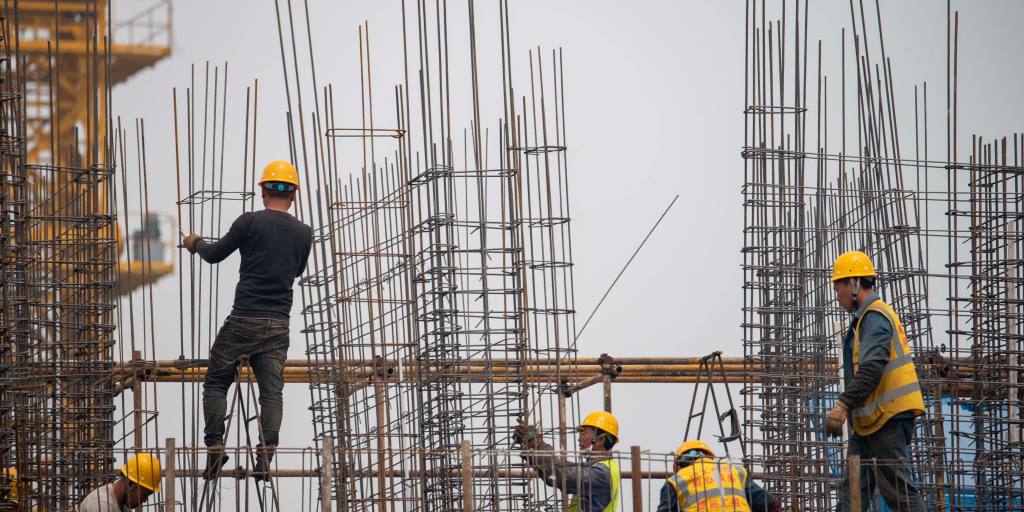 HONG KONG — Chinese property companies are scrambling to demonstrate their financial strength in the wake of market turmoil over the troubles of leading developer China Evergrande Group.

After falling 5.8% on Monday, the Hang Seng Mainland Properties Index was up 2.3% in late afternoon trade on Tuesday.

Guangzhou R&F Properties, which, like Evergrande, is based in southern Guangdong Province and has been seen as among the country’s most vulnerable developers, said Li Sze-lim and Zhang Li, Guangzhou R&F’s co-founders and co-chairmen, had agreed to inject 8 billion Hong Kong dollars ($1.03 billion) into the company over the next couple of months. An initial tranche of HK$2.4 billion was expected to reach the company’s accounts on Tuesday.

With the aid, “the company expects to have sufficient liquidity to address obligations that will mature in the short-term, even without taking into account the availability of any further external financing” or asset sales, R&F said. On that front, it separately announced the sale of a property management business to Country Garden Services, an arm of fellow Guangzhou-based developer Country Garden, for 10 billion yuan ($1.55 billion).

Although the terms of the new financing were not disclosed, R&F said its two major shareholders “have historically provided financial support in the form of interest-free loans,” and that it would soon consider redeeming some longer-term debts.

The company has 12 billion yuan of capital market debt maturing or become puttable within a year, against a restricted cash balance of 29 billion yuan as of June 30, according to Fitch Ratings, which reduced its outlook on the company’s debt to “negative” from “stable” last week.

R&F shares, which have lost more than half their value so far this year, rebounded 12.4% on Tuesday with the latest news.

“The company believes that the acquisition signifies Mr. Ou’s confidence in the overall development prospects and growth potential of the group, as well as its long-term commitment,” said Chairman Huang Xianzhi in Zhenro’s exchange announcement.

Zhongliang Holdings Group, a Shanghai-based real estate developer, announced that it had preemptively remitted all necessary funds to redeem a $320.2 million offshore bond maturing next Sunday. S&P Global Ratings analyst Fan Gao had written last month that the developer would have to “rely on self-generated cash onshore to settle debt maturities offshore,” due to volatility in the refinancing market.

CC Land Holdings, based in the western city of Chongqing, said it would redeem a $250 million bond, due next June on Oct. 21 instead, while also disclosing that it had sold $300 million of new four-year notes. Central China Real Estate, headquartered in Henan Province, meanwhile said it had spent $3.6 million to buy back a small part of two outstanding dollar bond issues set to mature in 2024.

“The board considers that the repurchases of the senior notes will reduce the company’s future financial expenses and lower its financial gearing level,” Central China said.

“The company’s operating performance is good, with sufficient working capital and no liquidity issue,” said Chairman Pan Jun in the announcement.

Fantasia shares regained 3.9% on Tuesday while Zhenro rose 3.3%. CC Land and Zhongliang however, continued to slide, down 1.2% and 1%, respectively. The major international rating agencies consider each of these companies well below investment grade, scoring them mostly as B or B+ borrowers.

Sinic Holdings Group, a smaller developer whose shares fell 90% on Monday, remained suspended pending a company announcement. S&P, however, downgraded the company’s rating to CCC+, near the bottom of its scale.

“We downgraded Sinic because the company failed to communicate a clear repayment plan,” analyst Ricky Tsang wrote, flagging worries about how the company would get its onshore bank balances offshore to pay a $246 million senior note due on Oct. 18. “There hasn’t been any progress thus far and the timing of any remittance is uncertain,” he said.