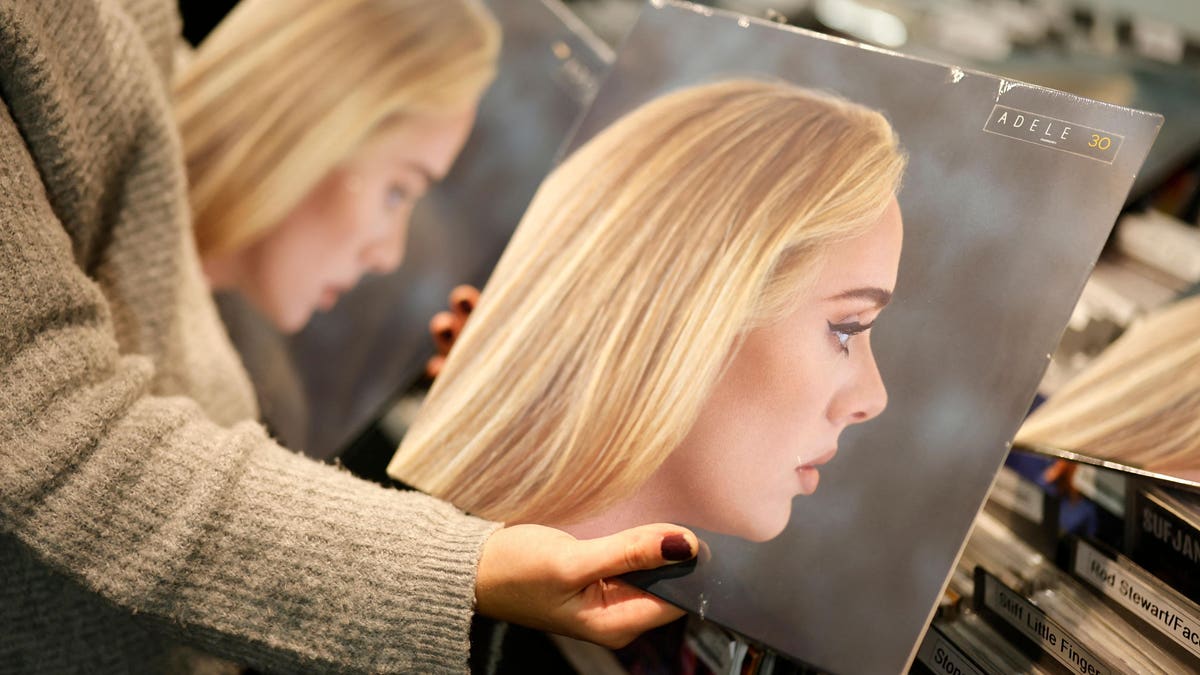 All 12 songs on Adele’s newly released album 30 made this week’s Billboard Hot 100 Chart, another achievement for the hugely successful album that’s been deemed some of the best work of her career.

A member of staff sorts copies of the new album from British singer-songwriter Adele, “30” in Sister … [+] Ray record store in the soho area of central London in November 19, 2021.
AFP via Getty Images

Adele’s lead single from 30, “Easy On Me,” returned to the number one spot on the Hot 100 chart–which ranks songs on sales, radio airplay and streams–for the week ending on December 4, where it had ranked for four weeks until last week, when it was briefly replaced by Taylor Swift’s “All Too Well,” which fell to number four.

“Oh My God” earned the number five spot, becoming Adele’s eighth top 10 hit, and the second time two of her songs have simultaneously ranked in the top 10, according to Billboard.

Rolling Stone, Variety, Vulture and The A.V. Club have all classified 30 as Adele’s best album yet. It has shattered sales records since its November 19 release: In three days it sold more than 500,000 copies, making it the best-selling album of the year, and it debuted on the Billboard 200 with the largest opening week of 2021. 30 was also one of the most successful Spotify releases by a female artist. The power of 30, which told the story of Adele’s divorce from her husband Simon Konecki, was so strong that Spotify even changed its business to appeal to the singer. At her request, the streaming service removed shuffle as the default listening option to albums. After the feature was changed, Adele tweeted that “stories should be listened to as we intended.”