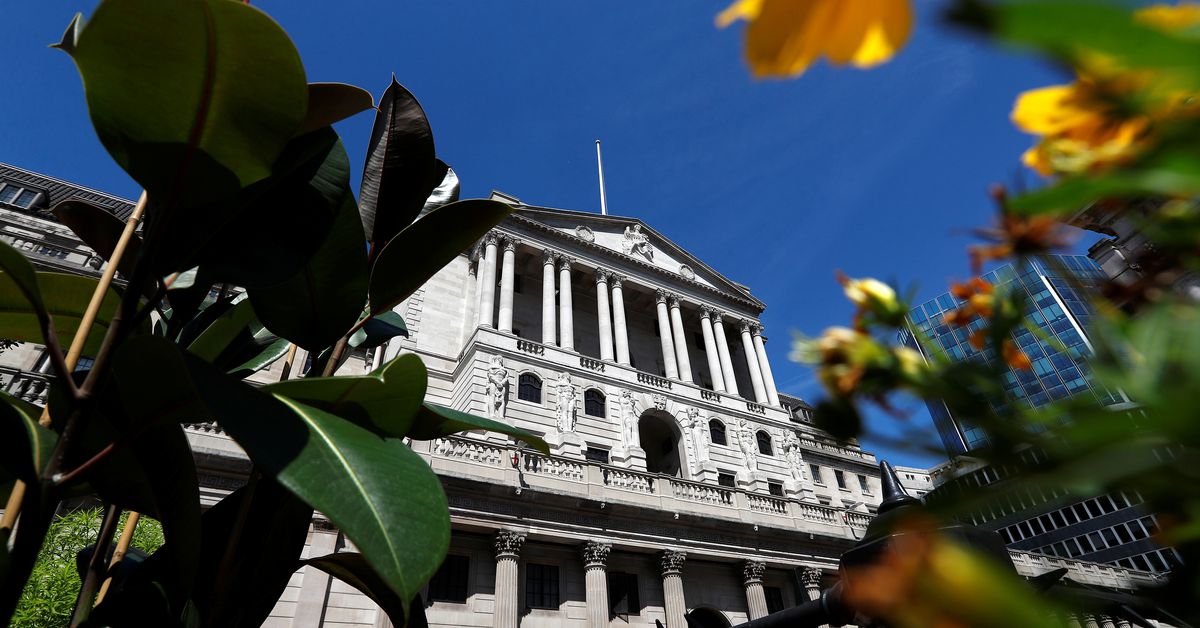 Flowers in bloom are sen opposite the Bank of England, in London, Britain August 1, 2018. REUTERS/Peter Nicholls

LONDON, Oct 13 (Reuters) – The Bank of England will no longer hold off-the-record briefings between policymakers and individual private sector firms, it told Reuters on Wednesday, as scrutiny over the links between central banks and finance grows.

The move, a permanent step aimed at improving the transparency of the BoE’s market intelligence gathering operations, follows growing concern about similar practices at other central banks.

It represents another step in lifting the veil which hangs over the sometimes secretive world of central banking and a further break from the BoE’s image of decades and centuries past, when meetings with private banks in smoke-filled rooms were the norm and its conduct of policy opaque.

Last month, the European Central Bank faced calls to end its closed-door meetings with private firms after its chief economist was reported to have disclosed an unpublished inflation forecast at one such event. read more

Meetings between members of the BoE’s Monetary Policy Committee and private banks had been billed as a way for the BoE to gather intelligence on the economy and financial markets.

Comments by policymakers should be limited to reiterating the BoE’s public stance, according to the institution’s rules.

The BoE also publishes details of these meetings in the schedules of MPC members which are made available to the public after the meetings have taken place.

But these events have also led to speculation and rumour among financial traders. Last week, some Twitter users talked about an MPC member meeting a major bank and its clients, something the BoE has declined to comment on.

While briefings with individual banks over the monetary policy outlook will cease, the BoE has regular contact with banks in its role as Britain’s financial system regulator.

In the United States, Federal Reserve Chair Jay Powell and other Fed officials regularly meet Wall Street bosses and other financial market leaders but they are typically listening sessions or discussions of non-policy matters, not briefings.

The Fed’s communications policy discourages policymakers from conducting private briefings that could even have the appearance of conferring special information.

Last month two Fed officials were forced to sell their individual stock holdings by the end of the month to address the appearance of conflicts of interest. read more

Earlier this year, ECB Chief Economist Philip Lane had to suspend one-on-one meetings with investors immediately following policy announcements, due in part to public criticism of such engagements. But he has still been meeting groups of economists.

The BoE will still hold its regular off-record briefings with a group of economists from private finance firms following its quarterly Monetary Policy Report.

These meetings differ from closed-door meetings with individual banks as dozens of attendees are present from a wide range of institutions.