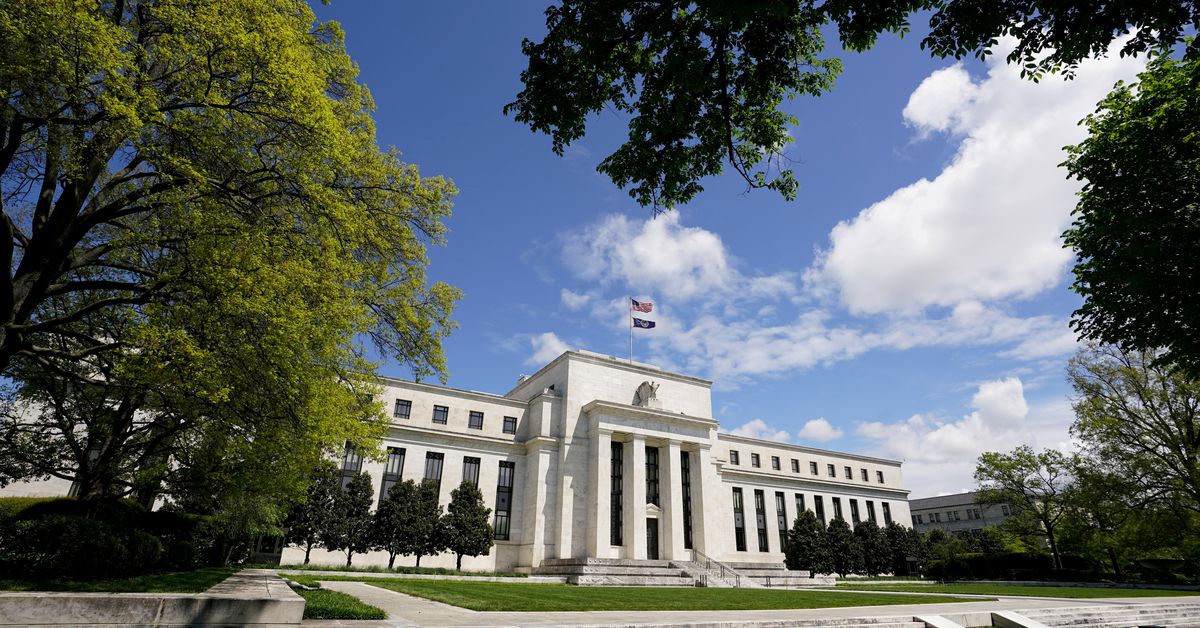 The Federal Reserve building is set against a blue sky in Washington, U.S., May 1, 2020. REUTERS/Kevin Lamarque/File Photo

Oct 14 (Reuters) – The U.S. Federal Reserve’s regional bank presidents responded to criticism of their ethics rules by Democratic Senator Elizabeth Warren with a joint letter welcoming a review of the matter by the Fed’s Board of Governors and pledging to make any changes that result from that process.

“Recently, Federal Reserve Chair Jerome Powell has directed Board of Governors staff to conduct a comprehensive review of the ethics rules regarding permissible financial holdings and activities by senior Federal Reserve officials,” the presidents said, according to a copy of the letter viewed by Reuters. “We welcome this important review and will apply any resulting changes to each Federal Reserve Banks’ Code of Conduct.”

The brief letter, dated Sept. 20, was written by St. Louis Fed President James Bullard on behalf of all the banks and signed by each of the bank presidents.

Earlier in September, Warren wrote to the banks asking them to tighten their ethics rules including a ban on the ownership and trading of individual stocks by senior Fed officials. The letter in response made no mention of a ban on such trading within 60 days as she had requested.

Warren’s letter followed a furor over the trading activities of Dallas Fed President Robert Kaplan and Boston Fed President Eric Rosengren, who made controversial investments last year as the central bank undertook a rescue of the economy. Both announced last month they would depart their positions despite their trades being cleared by the Fed’s ethics officers.

Powell has since ordered a sweeping review of ethics rules governing financial holdings and dealings at the central bank. He has also asked the Fed’s office of the inspector general to look into the trading done by certain senior officials.

That has done little to appease Warren, a member of the Senate Banking Committee which will consider Powell if President Joe Biden renominates him as Fed Chair. Powell’s current term expires in February.

Two weeks ago she said she opposed his renomination, calling him a “dangerous man” who has voted repeatedly to deregulate Wall Street and chastised his leadership over the apparent ethics issues at the central bank.

On Thursday, Warren made it clear in a response to the letter from the regional Fed chiefs that she expected them to hew to stringent ethics guidelines.

“Every Fed official should know that there is no room for even the appearance of self-dealing,” she said in an email to Reuters. In the remainder of Powell’s term, she added, “he should put tough ethics rules, modeled after my Anti-Corruption and Public Integrity Act, in place.”