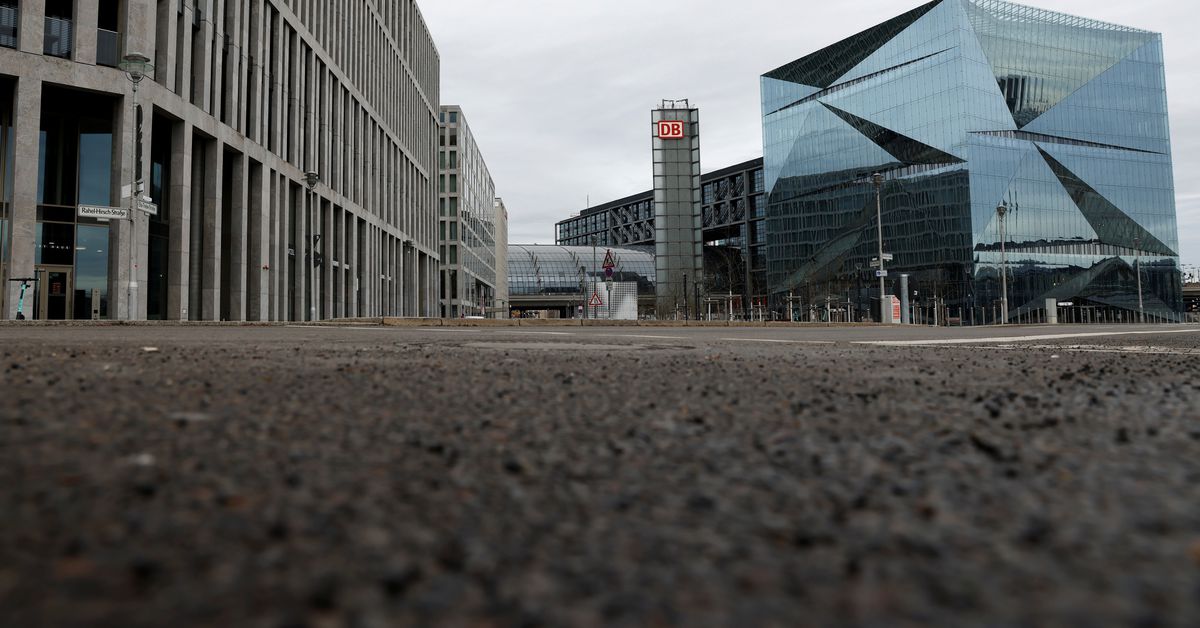 General view of empty streets in a business district near the central train station Hauptbahnhof, amid the coronavirus disease (COVID-19) pandemic, during lockdown in Berlin, Germany, January 20, 2021. REUTERS/Fabrizio Bensch

The five institutes – the RWI in Essen, the DIW in Berlin, the Ifo in Munich, the IfW in Kiel and Halle’s IWH – are due to release their joint forecast amid a series of indicators suggesting that German growth prospects are flagging.

Its export-oriented economy is more exposed than many to the supply chain snags that have emerged across the world’s trade routes as companies try to recover from the sharp recession triggered by the coronavirus pandemic last year.

Global manufacturing has been slammed by shortages of components like semiconductors, clogged ports and a lack of cargo containers. A labour market crunch has added to the disarray after pandemic-induced shutdowns last year.

If the institutes’ new forecast proves correct, it will put a dent in overall euro zone prospects. Up to now, the European Commission has been upbeat on 2021 growth and had been hinting it would raise its 4.8% forecast for this year rather than cut it. Its new estimate is due for publication early next month.

On the plus side, the institutes will also raise their forecast for growth next year to 4.8% from 3.9% – suggesting activity is being delayed rather than lost altogether – and will project 1.9% economic growth for 2023, the two people said.

The weaker prospects for German growth have been well flagged in a variety of indicators. The closely followed ZEW survey showed this week that economic morale slipped for the fifth month in a row as a result of persistent bottlenecks.

The European Central Bank, which is looking to wind down its emergency stimulus by March of next year, has characterised the bottlenecks as temporary. But there is a growing recognition they are proving stickier than first thought.

Statistics office data showed last week that the volume of German exports fell in August for the first time in 15 months, slipping unexpectedly as the supply chain issues plaguing the global economy continued to bite.

The International Monetary Fund has already cut its 2021 growth forecast for Germany by half a percentage point from its July prediction to 3.1%. It cited bottlenecks and inflation pressures as crimping the global recovery too. read more

German GDP slumped by 4.6% in 2020 due to the coronavirus pandemic. The German government, which so far has been forecasting growth of 3.5% for this year and 3.6% for next, is expected to update its estimates this month as well.

Official data on third-quarter economic growth is due on Oct. 29.